The Drexel College of Nursing and Health Professions is shaping up to look like its renderings as the exterior approaches completion. The building, which is also known as the Wexford Drexel Academic Tower, is located at 3601 Filbert Street in University City, West Philadelphia. Designed by Ballinger and developed by Wexford Science & Technology LLC, the structure rises to a height of 12 stories and 185 feet. The remainder of the facade with brown glazed glass and metal highlights will be installed in the near future. 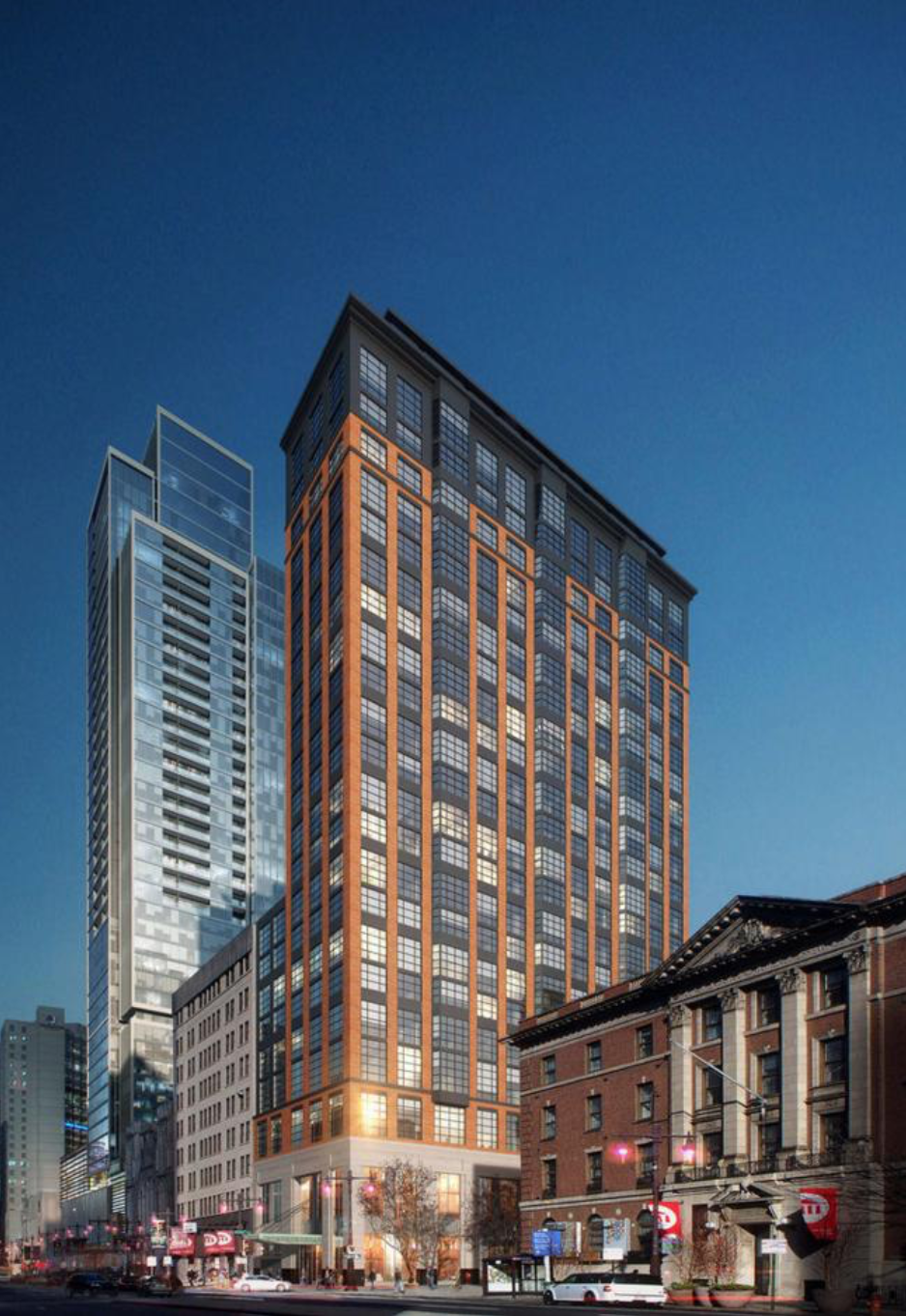 Demolition status remains in an uncertain state at the site of Broad + Pine, a skyscraper planned at 337 South Broad Street, in Washington Square West, Center City. Designed by Cecil Baker + Partners, the building is planned to rise 361 feet and 23 stories tall, and contain 56 condominium units. The project is developed by Dranoff Properties, which is also behind Arthaus, a high-rise condo under construction just to the north up the block 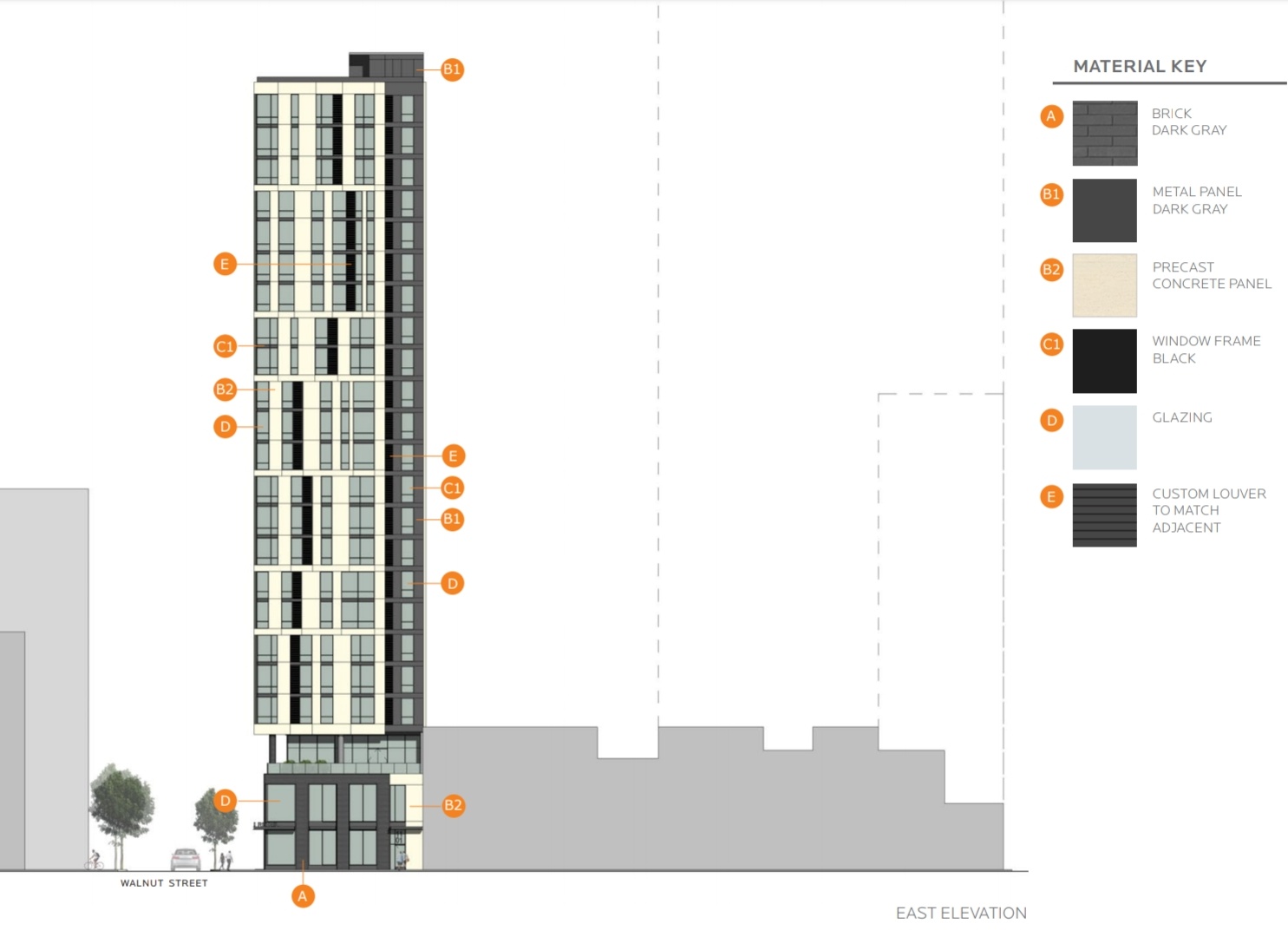 YIMBY’s recent site visit revealed that construction work has not yet started on the tower planned at 1101 Walnut Street in Washington Square West, Center City. Designed by JKRP Architects and LD Investment Partners LLC and Ernest Bock and Sons Inc., the building will stand 259 feet and 23 stories tall and will be clad in an exterior of alternating light and dark sections. The building will feature 111 units, along with retail space on the ground floor. 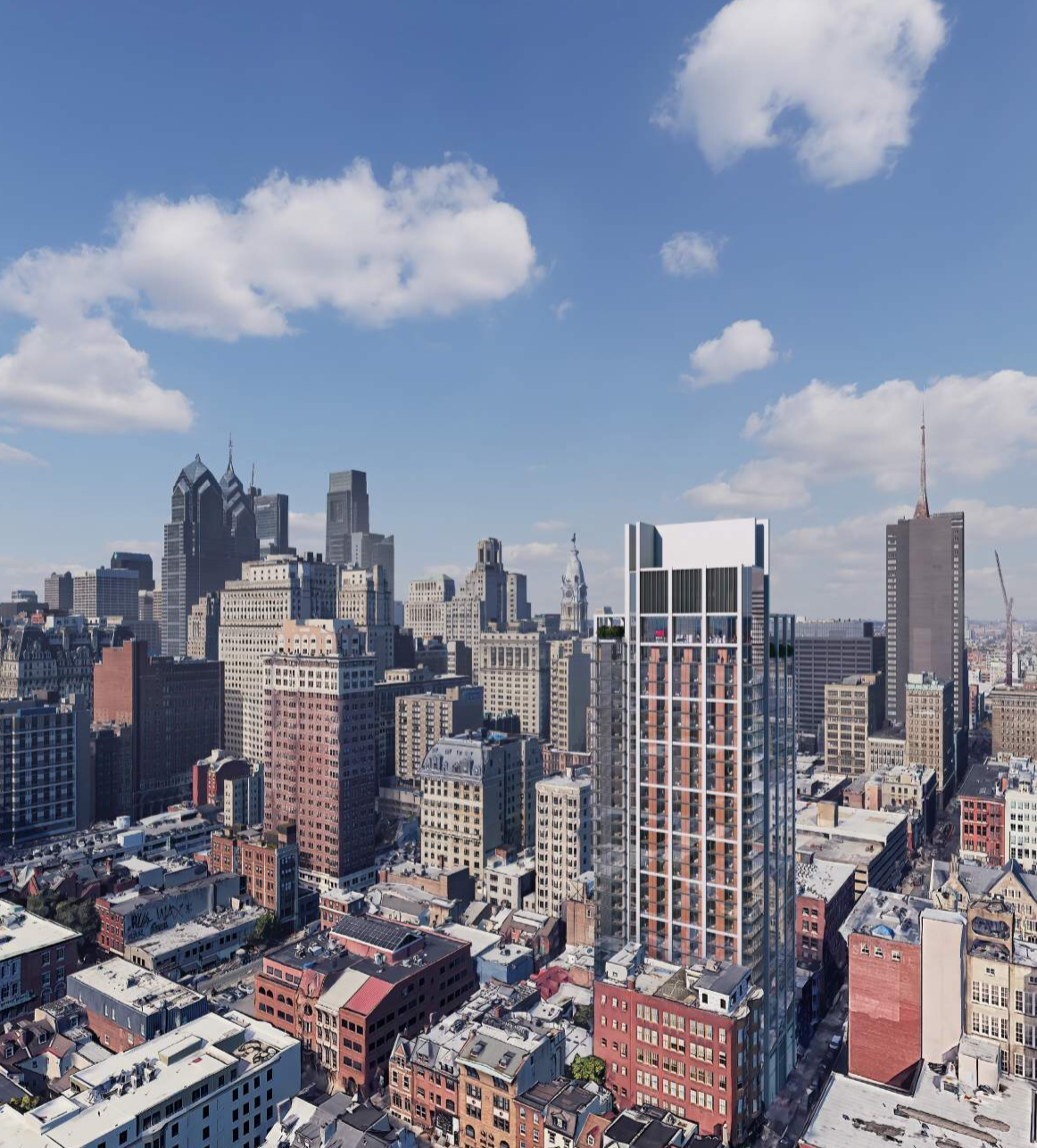 Excavation work appears imminent for the residential building at 204 South 12th Street in Washington Square West, Center City. Designed by Bower Lewis Thower Architects and Roger Stirk Harbour + Partners, the development will feature 448 rental units and three stories of retail. The 445-foot-tall, 32-story tower will make a dramatic impact on the Philadelphia skyline when viewed from numerous angles, while white and orange highlights will give the building a unique look. The building was developed by Midwood Investments and Development, which will feature three stories of retail and 448 rental units. 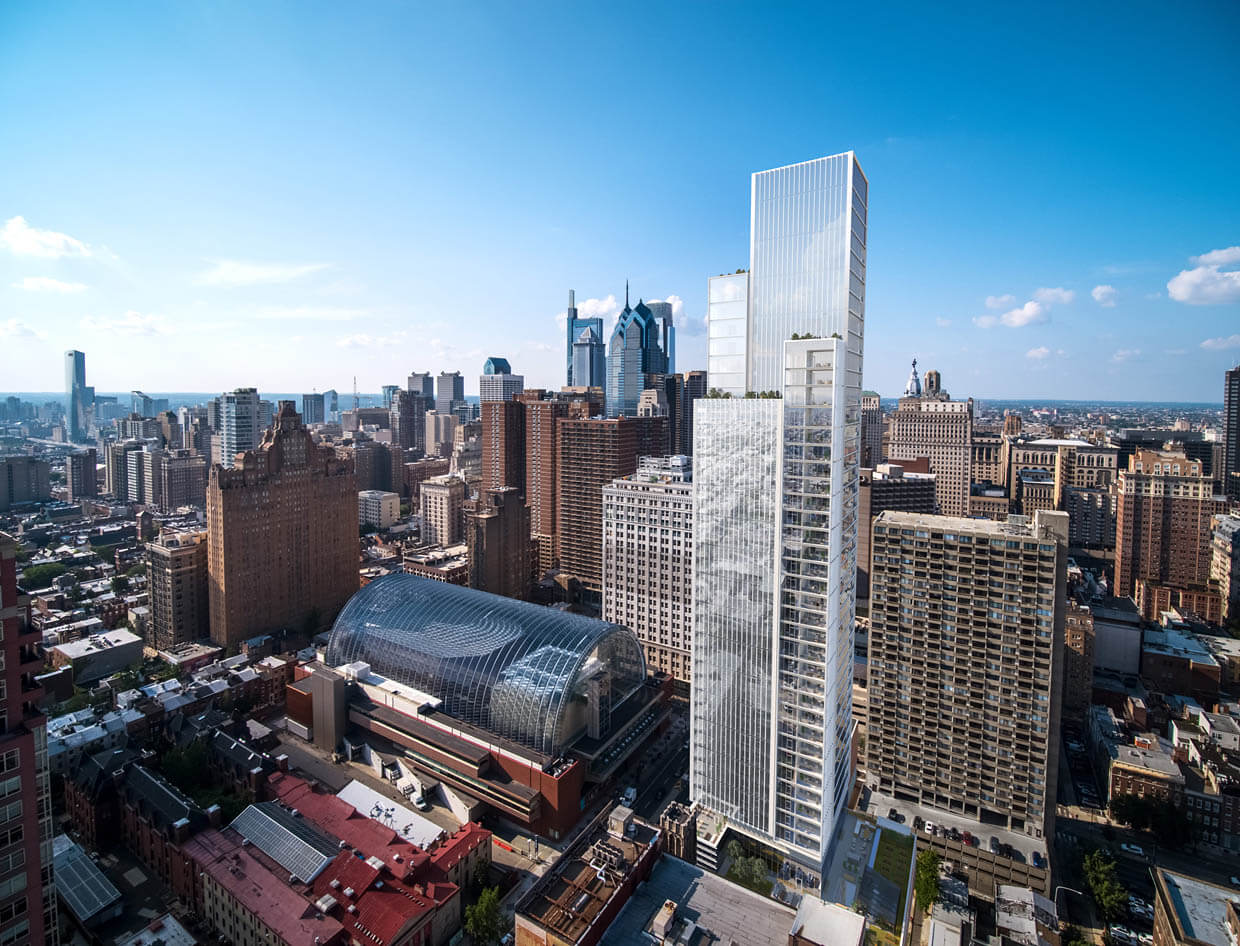 The Arthaus condominium at 311 South Broad Street is starting to resemble its renderings as the skyscraper’s exterior moves toward completion. The 108-unit high-rise stands 542 feet and 47 stories high, towering over the Washington Square West neighborhood in Center City. Designed by Kohn Pedersen Fox, the building features bright cladding highlighted by the white metal mullions. The developer, Dranoff Properties, has produced numerous properties around the city, which include the Symphony House across the street.