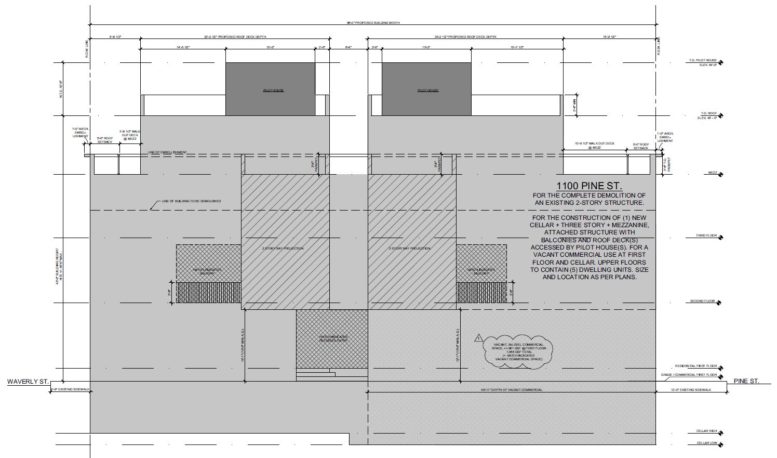 Permits have been issued for the construction of a three-story, five-unit condominium at 1100 Pine Street in Washington Square West, Center City. The development will replace a two-story mixed-use rowhouse on the southwest corner of the intersection of Pine and South 11th streets. Designed by Gnome Architects, the building will span 8,497 square feet and will feature ground floor commercial space, a cellar, and roof decks. Permits list Kiptom Ketchum as the contractor and a construction cost of $1.2 million. 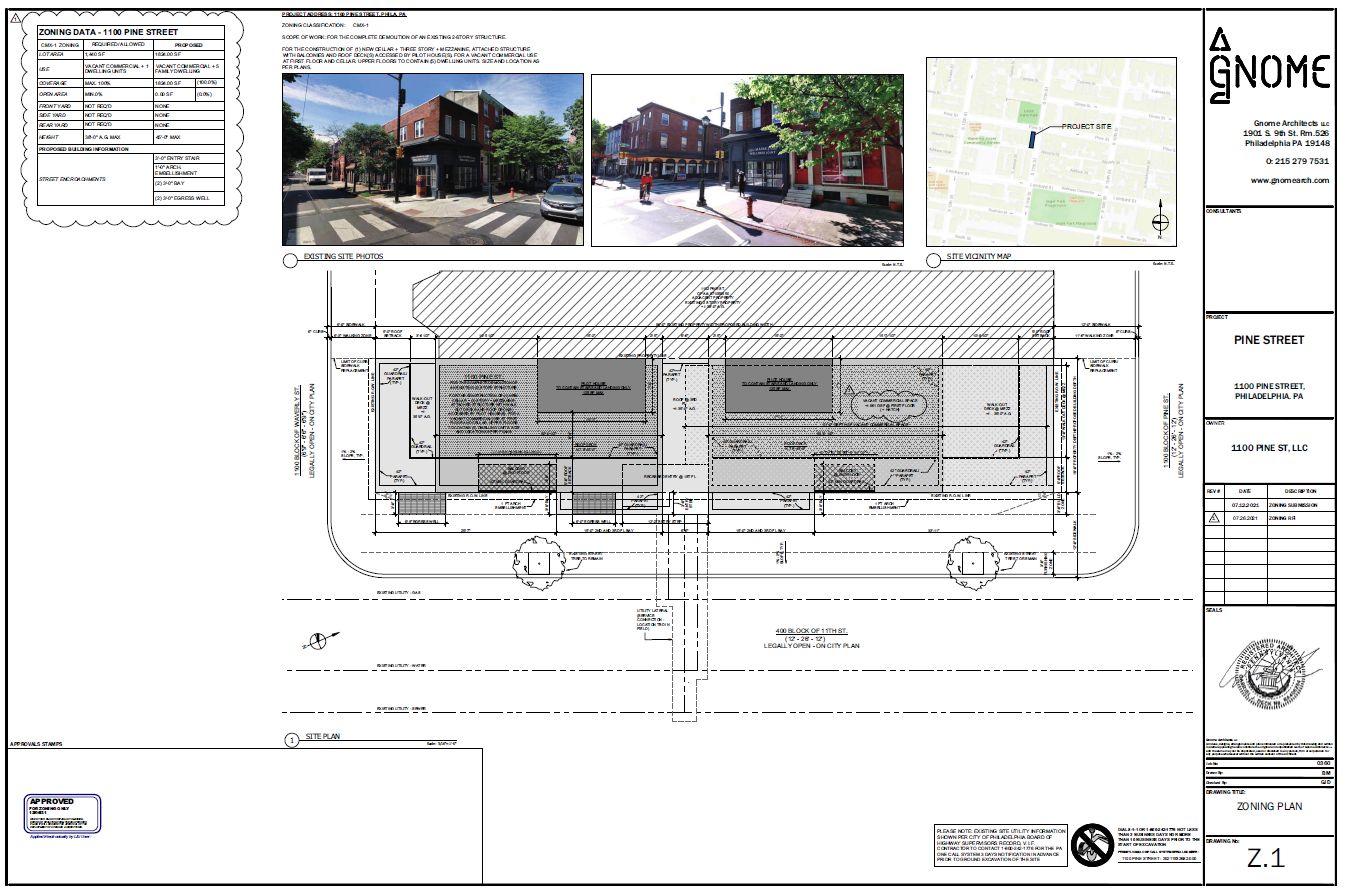 The building to be replaced, with its unornamented and weather-work brick exterior, is rather unremarkable, yet is nevertheless made charming with its quaint design treatment of the ground-level retail space, most recently occupied by the Mama’s Wellness Joint establishment until its closure around a year ago. The exterior sported Classical pilasters, large paneled windows, and a sculpted female figure set within a niche at the 11th Street frontage and enclosed within a metal cage. 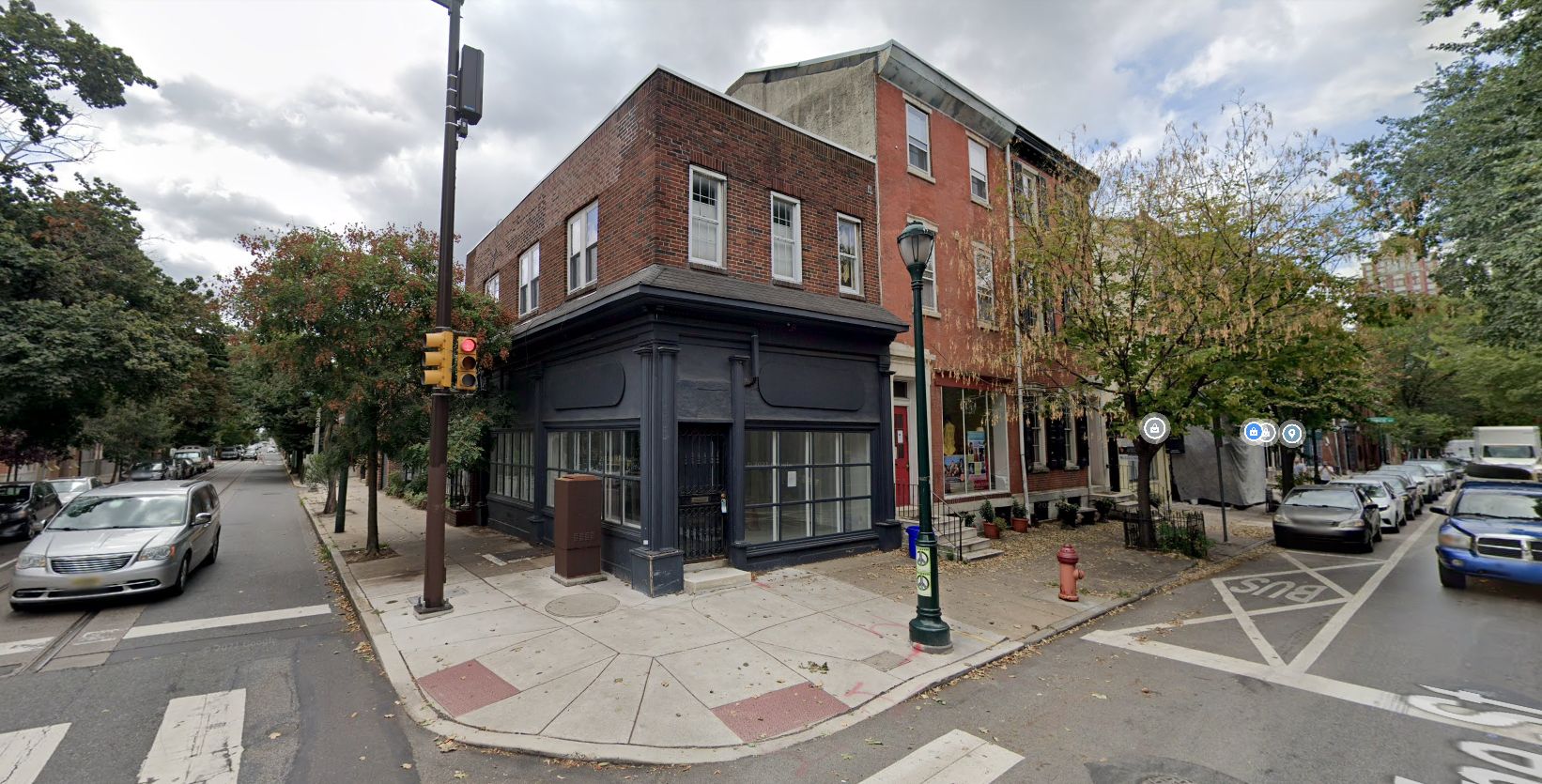 The building offers an attractive, detailed, human-scaled sidewalk experience, and its destruction is likely to have a detrimental effect on the surrounding, predominantly prewar, urban fabric. However, the structure is both architecturally prosaic and programmatically underbuilt, and its replacement with higher-level housing density while maintaining ground-level retail is logical from an urban planning perspective. Fortunately, Gnome Architects is known for high-quality, historically-sensitive architectural design (as may be seen in YIMBY’s portfolio of the firm), so we have high hopes that the firm’s designers will craft a worthy replacement for the demolished building.

Be the first to comment on "Permits Issued for 1100 Pine Street in Washington Square West, Center City"