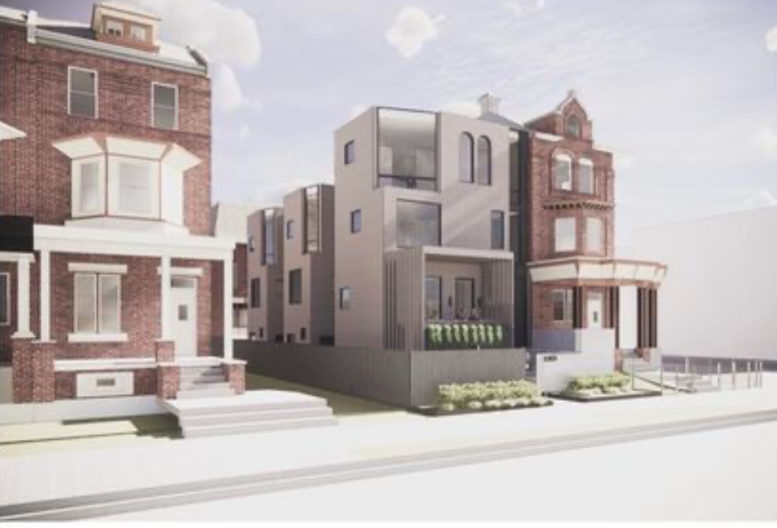 Permits have been issued for a new multi-family development at 5303 Chester Avenue in Kingsessing,  West Philadelphia. Designed by Lo Design Co., the new building will rise three stories tall. There will be nine residential units within the structure, each expected to be an apartment. In total, there will be 6,847 square feet of space within the building. Construction costs are listed at $1,027,050 to build.

The new building will feature a striking, modern exterior. Its color pallet of gray materials sets the tone and is paired with a variety of sharp angles that make the building stand out from its neighbors. While most windows are of a square or rectangular shape, they vary in size, and the front facade will also feature two side-by-side arched windows of the exact same size, creating a rounded fixture on a sharp and angular building. 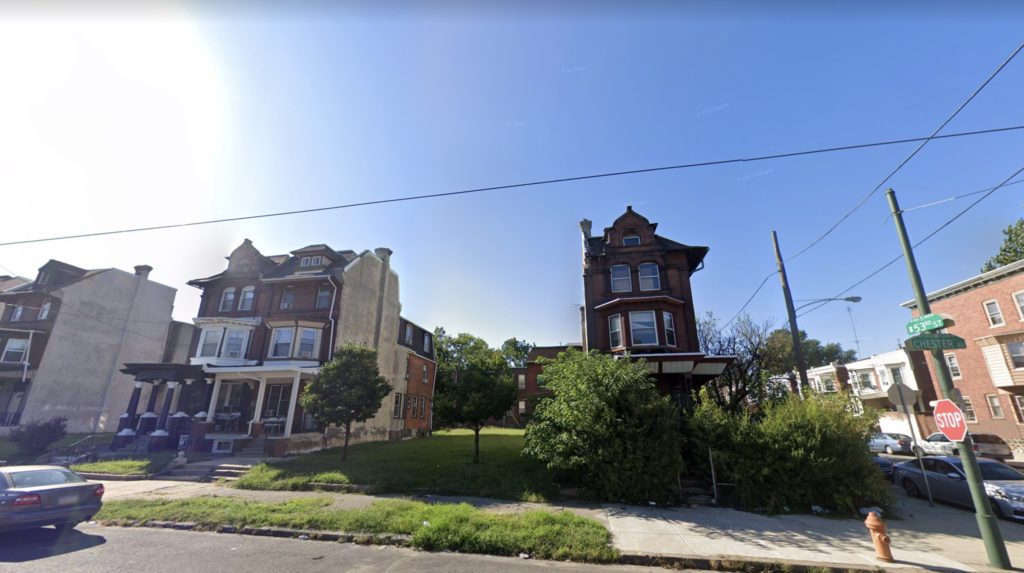 Unfortunately, over the years, the 5300 block of Chester Avenue has lost much of its original extravagance, and now only a few row homes still stand on the vacant lot-riddled block. The new building will help solve this issue, replacing the vacant lot to the farthest right in the above image. The site currently consists of a plain patch of grass and there is nothing truly notable about the property, although its neighbors do have a bit more to boast about. 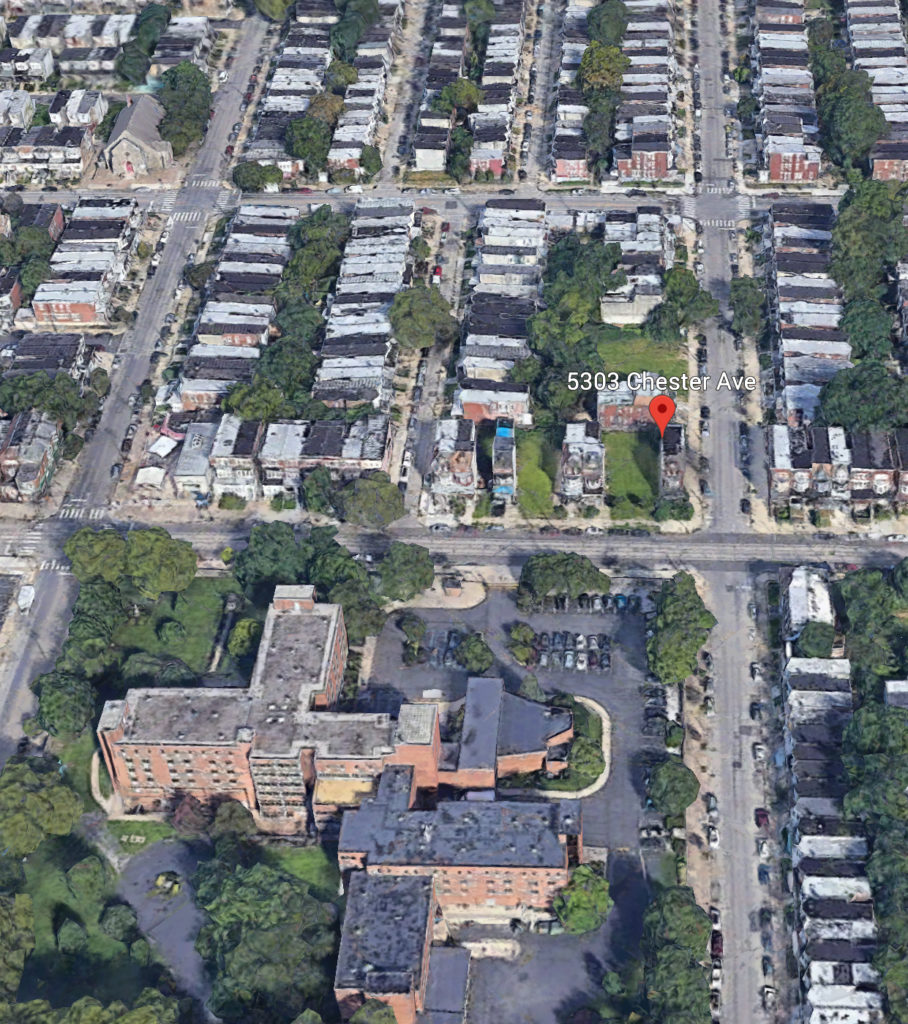 The other buildings on the block all feature classic West Philly exteriors, with three-story front facades entirely clad in brick. At each building, a large bay windows sits on the second floor, with a porch area on the ground floor. A detailed crown sits atop the homes above the third floor. If it was not already apparent, it should be clear now as to seeing how the new building will contrast with its neighbors. Having such an original design among these old and elegant structures is something many locations do not get the privilege of seeing, so it will be very interesting to view the new building upon completion. 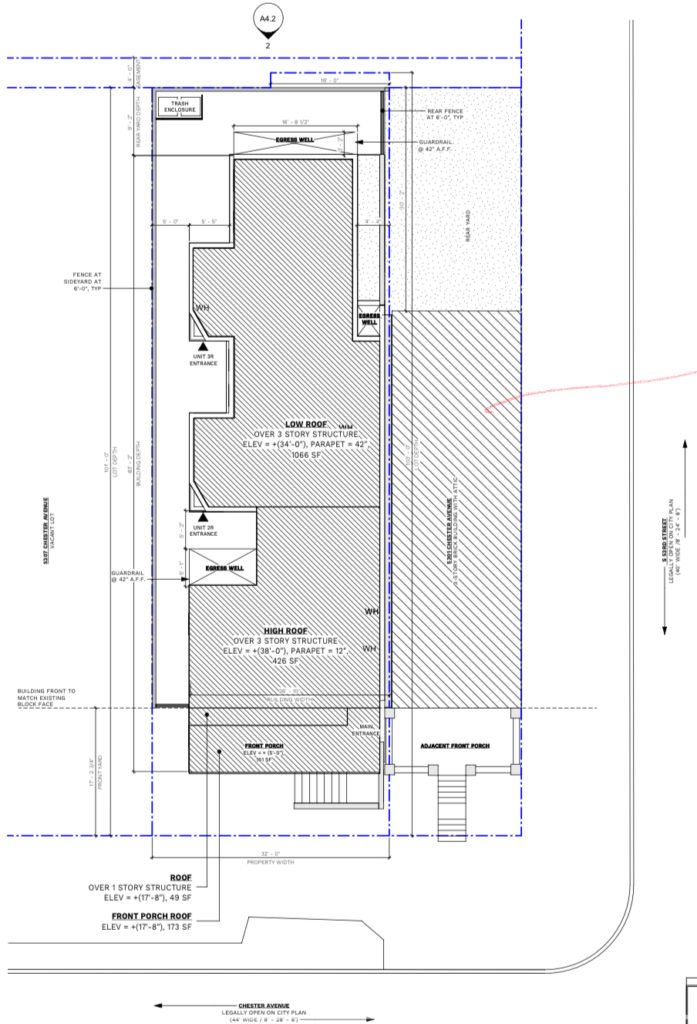 The new building will be a nice change of pace for the property, finally filling in a one vacant hole. The added nine residential units will be very beneficial in this location, which is very walkable and well served by transit. Hopefully, other vacant an under-used properties in the surrounding neighborhood will share similar story lines as this one moving forward.

No completion date is known for the project at this time, though construction may be completed by 2023.