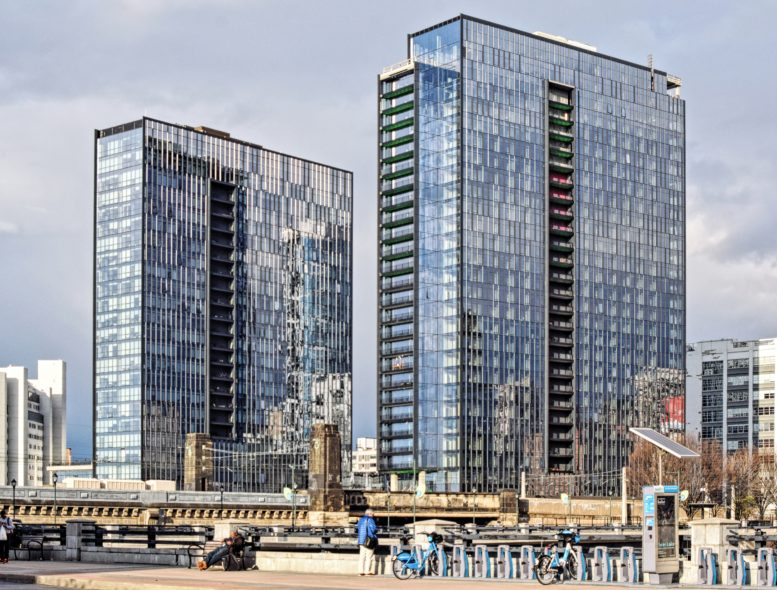 In Center City West, numerous developments are under construction or are in planning stages. At 60 North 23rd Street, the two-tower Riverwalk complex stands next to the Schuylkill River. Designed by Gensler and developed by the PMC Property Group, the north tower stands 315 feet tall and 28 stories, while the south tower stands 363 feet tall and 32 stories high. The project will have a total of 711 units, with the south tower holding 380 units. 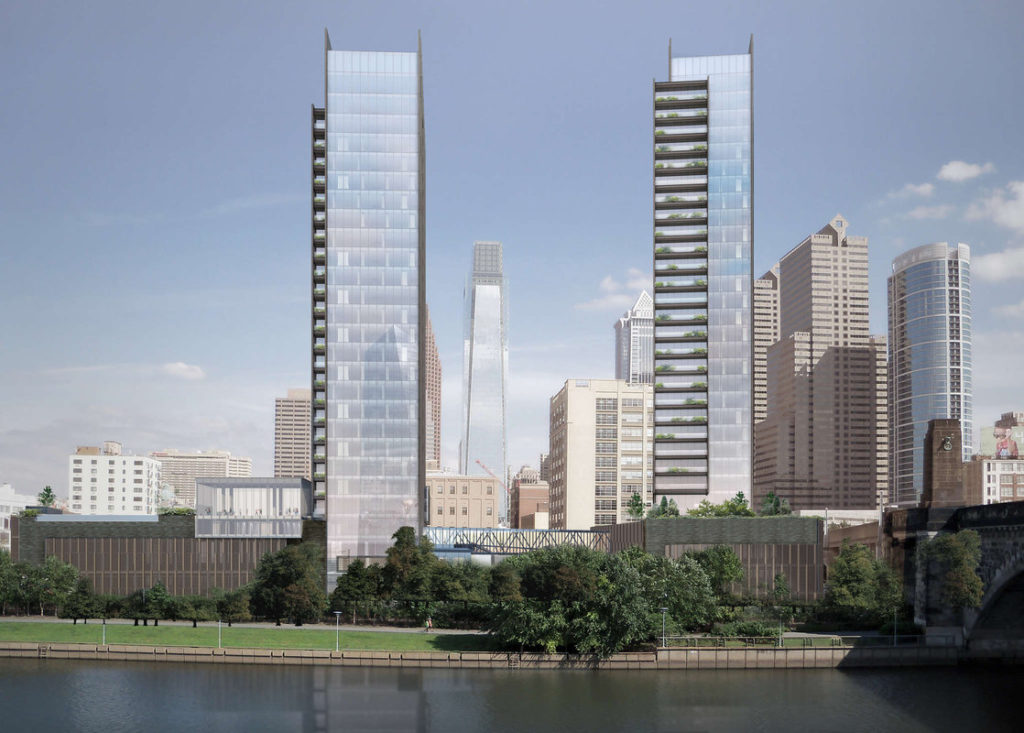 Development at the site was discussed in 2014, though the current design was revealed in November 2016. Site work was underway by early 2018, with drills and cranes on site in March. Columns for the first floor were cast in October 2018, and the north tower topped out in May 2020. The south tower restarted construction in July, with concrete pouring equipment installed onto the core. The tower was rising throughout the year with the same crane used on the north tower, and eventually topped out in June 2021. The cladding rose over 10 stories high at the time, and since then work has been underway to enclose the tower. 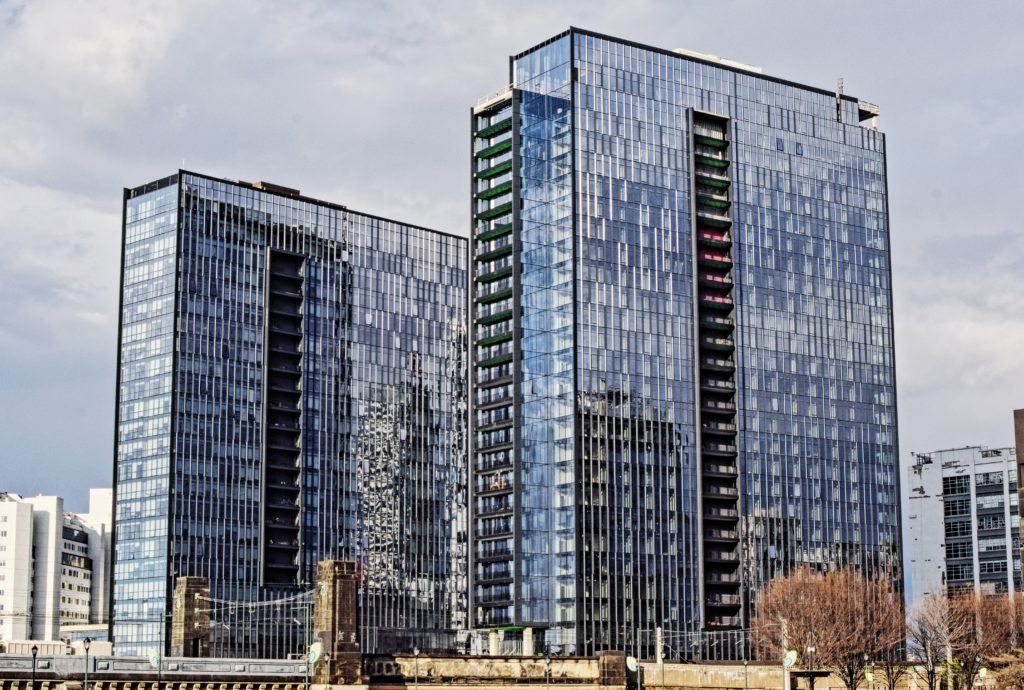 The cladding reached the top in March, and now the glass is nearly wrapped around the pinnacle. The skin of the tower is now nearly complete as the cladding reaches from the ground to the parapet. With the glass nearly finished, the fraternal-twin buildings look strikingly similar to the renderings presented in 2016. With the metal having the same angled effect as the north tower, the light on the building will also manipulate light throughout the day. The towers will be the start of the next wave of construction in Center City. 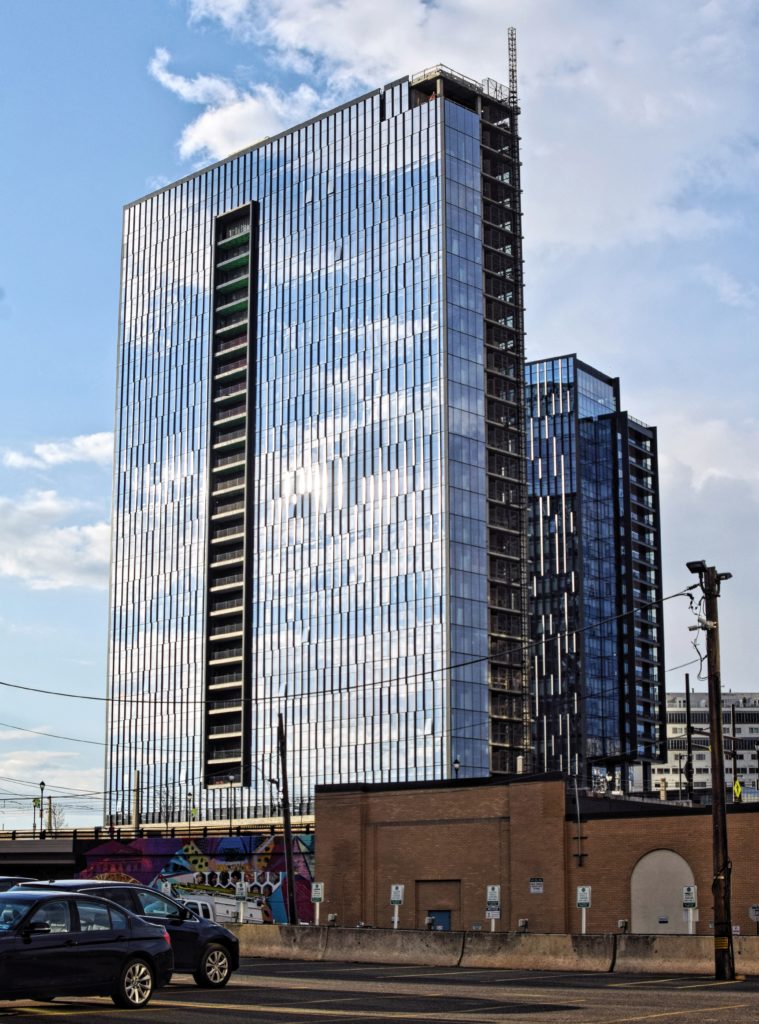