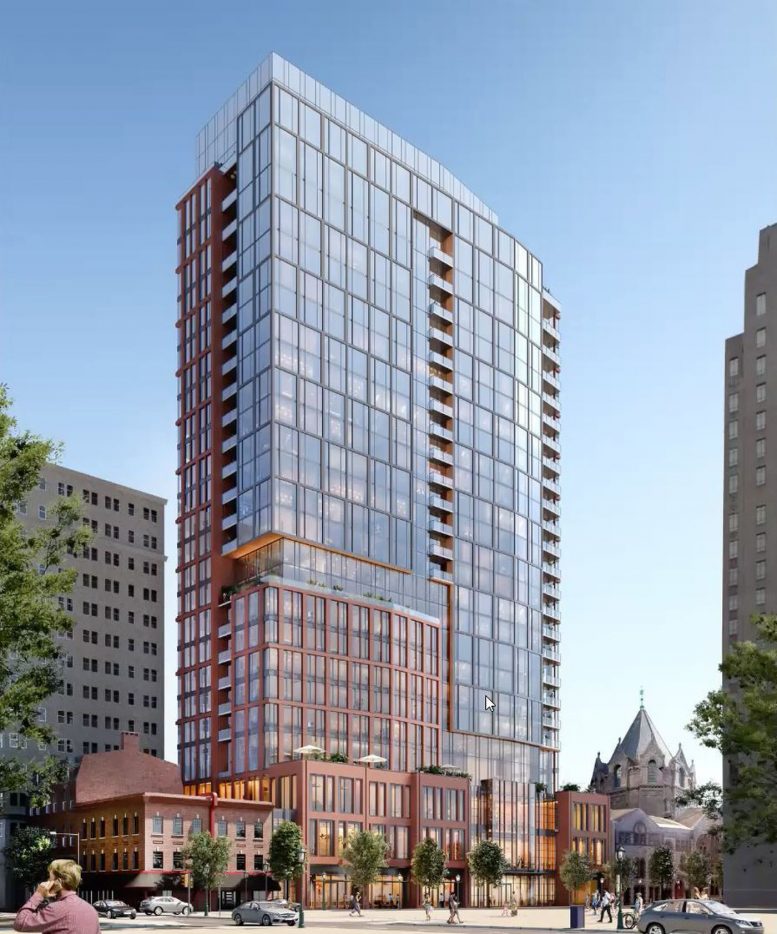 Center City continues to grow upward as multiple projects are changing Philadelphia’s core neighborhood. In Rittenhouse Square, a tower crane was recently erected at 1620 Sansom Street, where a high-rise residential tower is under construction. Designed by Solomon Cordwell Buenz and developed by Southern Land Company, the building will rise 315 feet and 28 stories high. The tower will also feature 306 rental units and retail space on the ground floor. 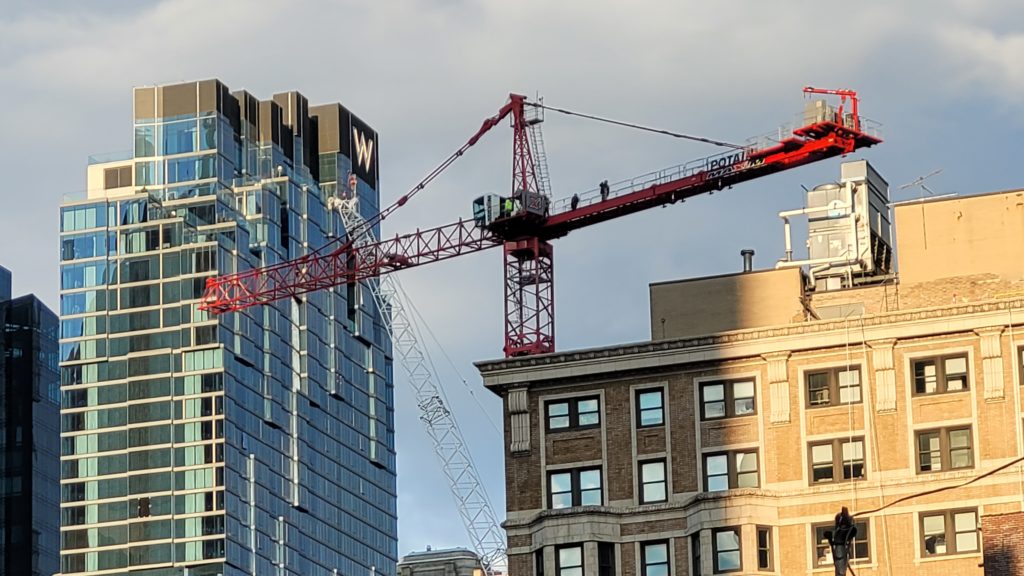 The tower was revealed back in July 2020, at a time where proposals were constantly being revealed with the recent construction boom. The building was planned 25 feet taller at first, but designs were revised before the site work started. Signs of construction were seen in the beginning of 2021 as the parking garage that sat on the site was emptied. The structure was completely demolished by June, and the excavation had started in August. By October, the footprint of the tower was seen as the foundation work was greatly present. Excavation work was nearly complete in February this year, as most of the bottom of the site was flat. 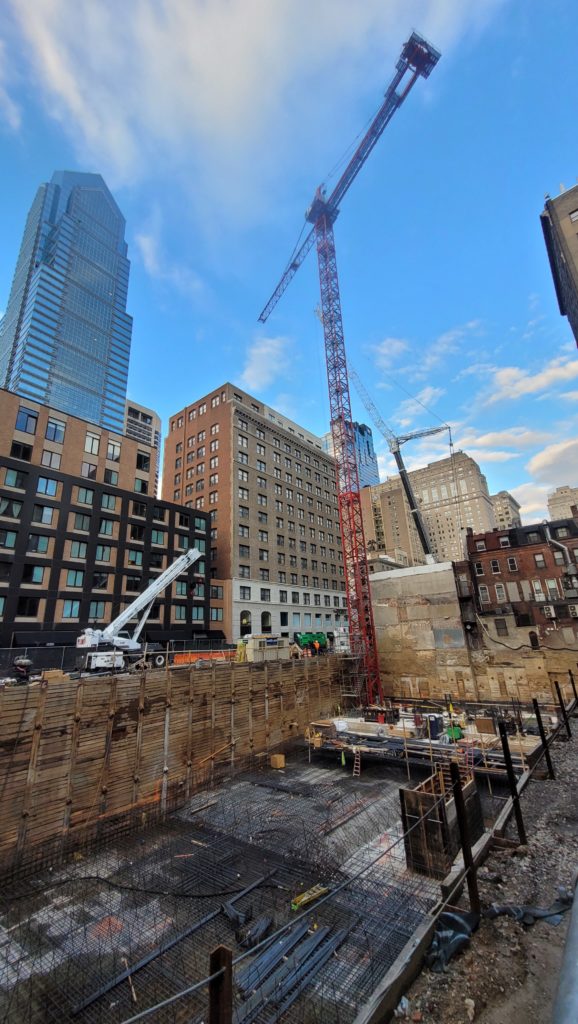 In March, the concrete foundation was poured, starting the construction on the structure of the tower. On April 9th, road closures were set up on 16th Street as the tower crane was scheduled to go up. Throughout the day nearly the whole crane was set up, with the mast, counter jib, tower head, and half the jib up by the end of the shift. The next day, the tower crane was completed, bringing a milestone to the construction. With the progress being made, it can be presumed that the structure will be above ground by late summer. 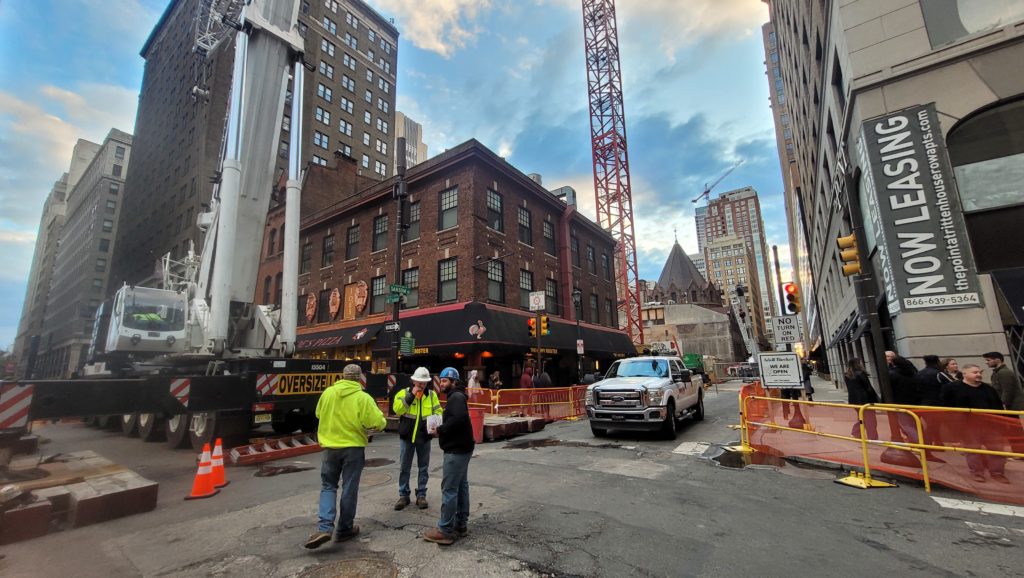 No completion date has been announced, though construction may be finished by 2023 or 2024.