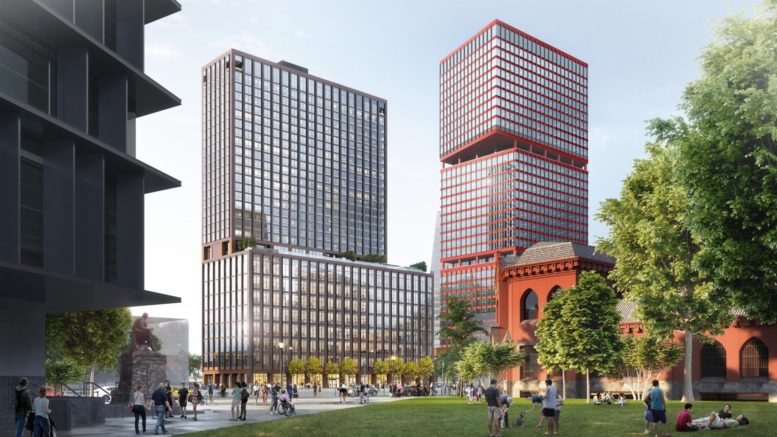 The West Philadelphia skyline continues to transform as construction at the high-rise at 3025 John F. Kennedy Boulevard (also known as Schuylkill Yards West) in University City is making significant progress. The tower is a part of a 14-acre mega-project dubbed Schuylkill Yards, which features a number of proposed buildings, including a potential supertall. The building is on its way to rising to its full height of 361 feet, with a structure soon comprised of 28 floors. Designed by the Practice for Architecture and Urbanism and developed by Brandywine Realty Trust, the tower will feature 326-units along with office and lab space and a park between the building and Schuylkill Yards East, another high-rise building proposed next door. 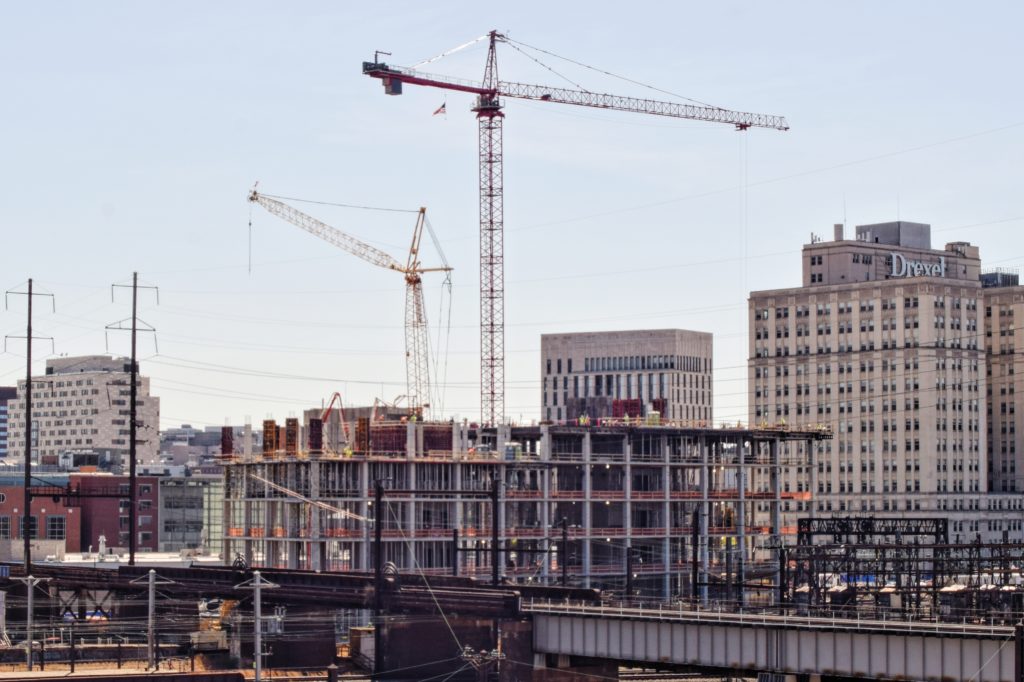 Conceptual plans were revealed in 2016, and have been updated since that time with additional details. The first phase of the whole project was redevelopment of the Bulletin Building, and eventually Drexel Square Park opened in June 2019 and 3025 Market Street opened last year. Fences were placed around the site in December 2020, and excavation was underway in March 2021. Over the course of the year, the massive foundation was underway, and eventually the tower stood above ground by the very beginning of this year. 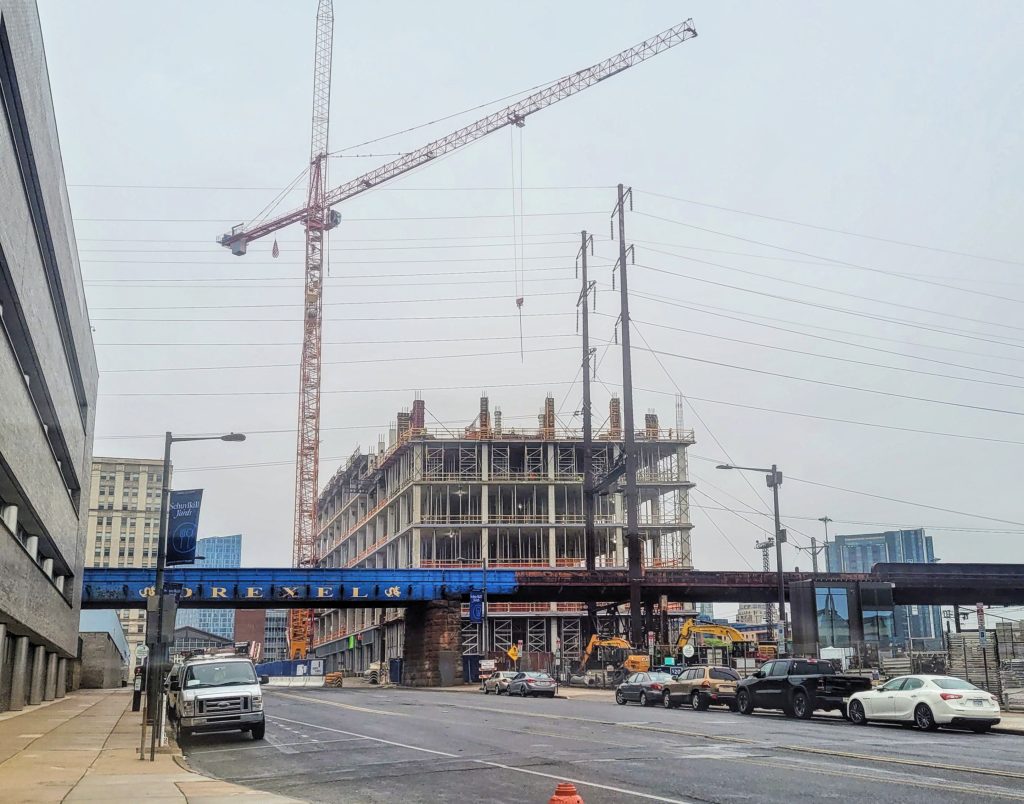 The tower has made great progress in the past four months, as the largest floors of the nine-story podium are nearly finished. Currently, the seventh floor is nearing completion and the next floor will soon be underway, with a large yellow crane supporting the construction work. The structure already looks looking massive from the ground level, but is not yet seen in substantial views in the skyline other than from the South Street Bridge. Surprisingly, it appears as if preparations for cladding installation is already underway on the ground floor. By the next update, the residential floors should be underway and the tower is likely to top out later this year. 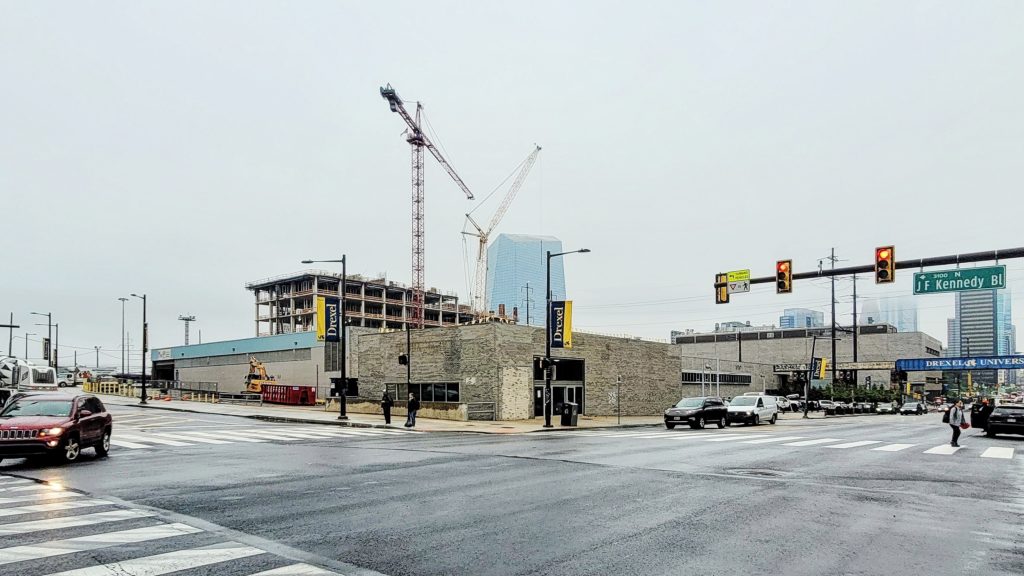