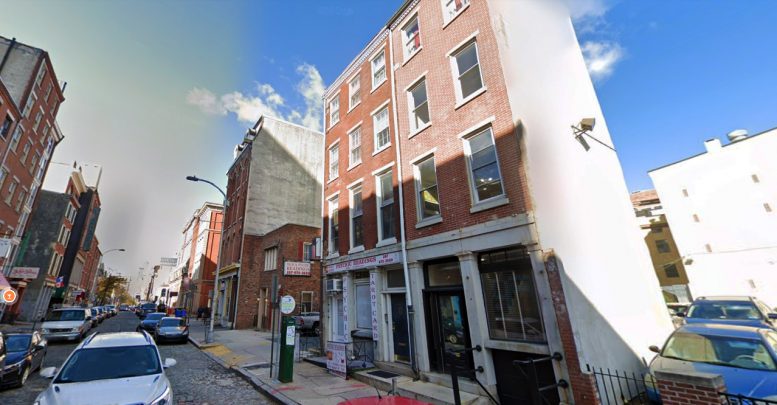 A zoning permit has been filed calling for a full demolition of a four-story pre-war building at 107 Chestnut Street in Old City. The permit states that the site would remain vacant yet hints at future construction with a note stating that such a process would require new permits. Cheswal LP is the listed owner.

The property sits on the north side of the street on a cobblestone block bordered by South Front and Letitia streets, in one of the oldest parts of the city. The building is a fine example of Old City architecture, designed in a plain yet refined Federal style with a red-brick facade and white accents at the trabeated base, plain sills and lintels, and a shallow dentil course cornice.

The building has a matching counterpart next door at 105 Chestnut and several more across the street. However, the loss of even one such building in one of the nation’s most cherished historic neighborhoods is highly unfortunate.

At the moment, a psychic readings office occupies the modestly-sized ground floor retail space, though Google also lists a florist at the address. The demolition would leave the adjacent building at 105 Chestnut Street as a freestanding structure of unusually narrow proportions, rising around 40 feet high from a footprint measuring just 13 feet wide and 20 feet deep.

No permits have been filed for this property, though it would now stand surrounded by a development-friendly site consisting of the would be vacant lot at number 107 and a large parking lot. We look forward to any development that may occur here, though we hope that preservation prevails at 105 Chestnut Street itself. 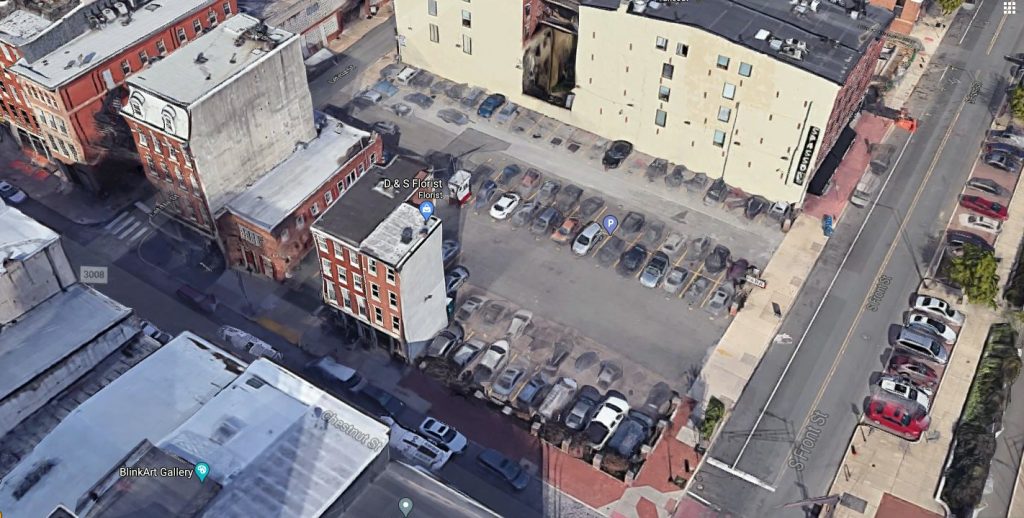 In either case, near-future development is highly probable given the site’s advantageous location. The block itself and the neighborhood boast plentiful cafes, restaurants and retailers. Just down the block to the east sits the I-95 Park, which decks over a block-long portion of the highway and connects to the Penn’s Landing waterfront via the Chestnut Street viaduct.

The deck-topping park, which hosts the Monument to Scottish Immigrants and the Irish Memorial, is a highly effective means of concealing the ten-lane interstate without removing the important traffic conduit. Parks such as these help reconnect neighborhoods with the waterfront and ought to be emulated not only along the I-95, but elsewhere in the nation where similar conditions occur.

Such highway-topping parks are highly expensive, yet they may be financed by private funds through sales of development rights and granting of zoning and floor-area-ratio boosts to nearby sites. In exchange for constructing highway-capping parks, developers would be allowed to build bigger, more profitable projects while reducing exhaust pollution, creating spacious waterfront parks, and transforming nearby communities into dense, vibrant neighborhoods through new development. 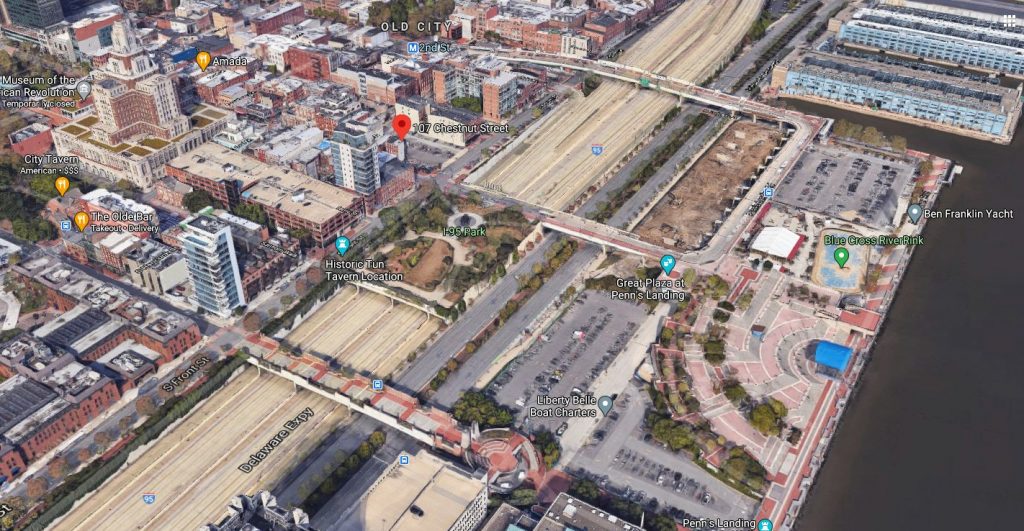 Be the first to comment on "Demolition Permits Filed at 107 Chestnut Street in Old City, Center City"