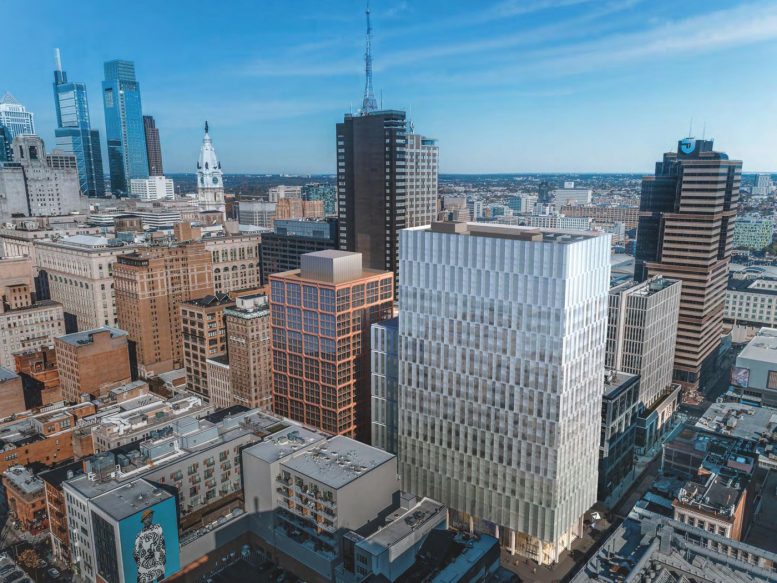 Jefferson Health has already made a great impact on the Market East neighborhood in Center City, yet the campus keeps expanding. In December 2017, the hospital announced a major lease at 1101 Market Street, long known as the Aramark Tower. The expansion continues as Jefferson is planning a 400-foot Jefferson Health Care Specialty Care Pavilion at 1101 Chestnut Street with 750,000 square feet of medical office space, as well as a 329-foot-tall proposal next door at 1153 Chestnut Street, slated to contain 250,000 square feet of residential space. The two towers, collectively known as East Market Phase 3, will replace a block-spanning, mid-rise commercial and garage structure, which has been recently demolished. BLT Architects and Ennead Architects are listed as project designers. 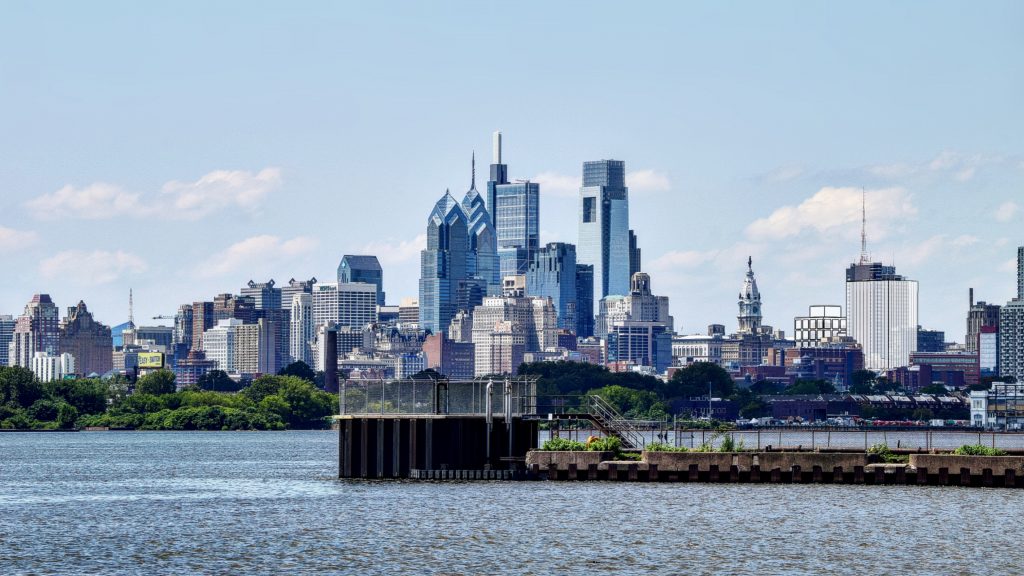 In October 2018, plans were announced for the demolition of the massive garage, which had spanned the block between South 11th and 12th streets since 1940. Renderings for the two towers were revealed thirteen months later in November 2019. The garage was recently reduced to crushed concrete and twisted rebar, and the site now awaits excavation of a construction pit where the foundations for the imposing towers and a three-level garage will be located.

The residential tower’s driving theme is the square, evident in the principal tower’s floor plan and fenestration pattern. Each of the four facades boasts terracotta mullions that form a grid of three-story, three-window-wide square units, comprising a greater grid of three-by-eight square units; the bottom units stretch to add two more floors at the base. The pattern is reminiscent of that at 55 Hudson Yards in New York City, a 780-foot-tall office tower completed in 2019.

The shape of the Jefferson Health tower consists of two staggered blocks, which form a spacious terrace on the north and west side of the building at a height of 250 feet. The final appearance of the building remains somewhat ambiguous: renderings from late 2019 show a staggered curtain wall of alternating  vertical glass and metal panels, while renderings on the Jefferson Heath website show the same building form clad in a different facade, with twelve curves spanning across the exterior.