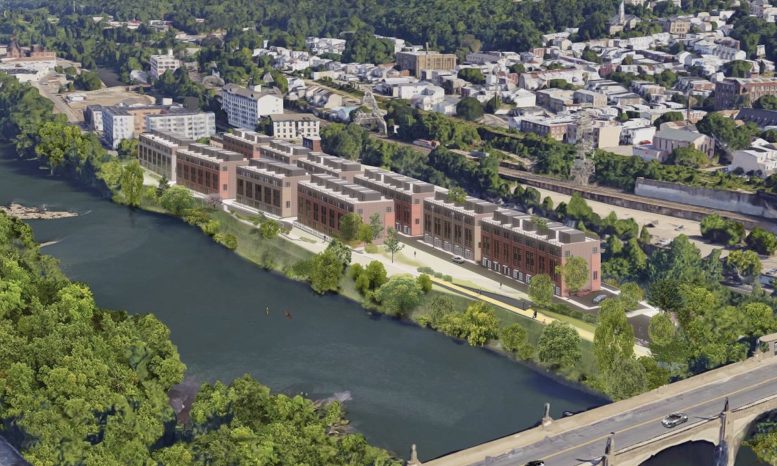 Rendering of The Locks

Construction is well in progress at The Locks, located at 4590 Riverside Way at the Venice Island waterfront in Manayunk. The project includes 63 townhomes with square footage ranging from 2,100 to 3,500 feet. The project, designed by Varenhorst, is replacing what was once an overgrown vacant lot.

The project is one of the largest developments currently in progress in Manayunk, up there with Siena Place and Kensington Courts.

The project, upon proposal, faced controversy due to its location in a floodplain. However, the Shuylkill River faced record flooding in recent weeks due to Tropical Storm Isaias, and the event turned out to be unproblematic for the new homes. 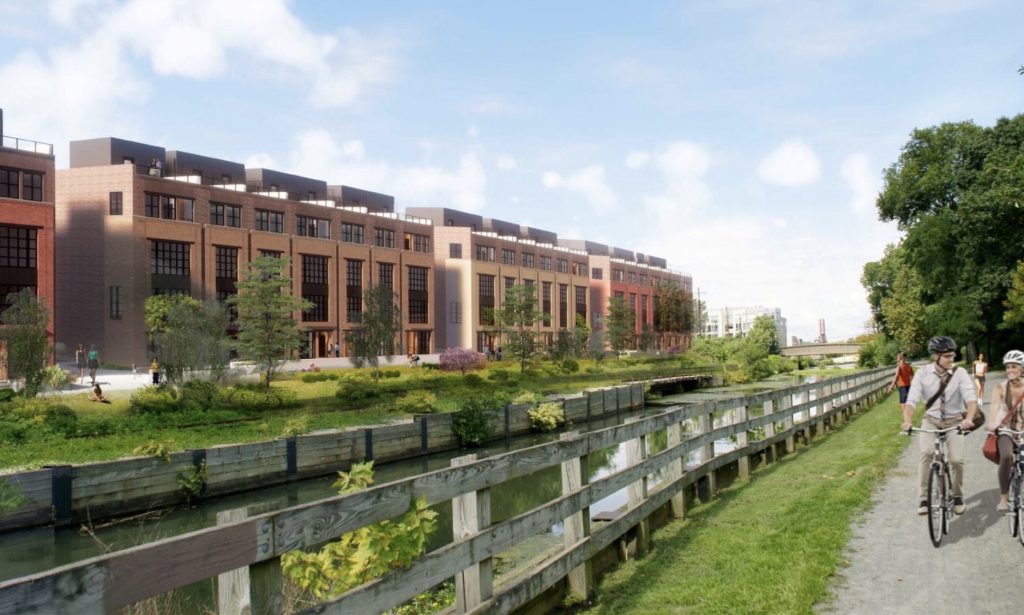 Rendering of The Locks from the Schuylkill River Trail. Credit: Varenhorst 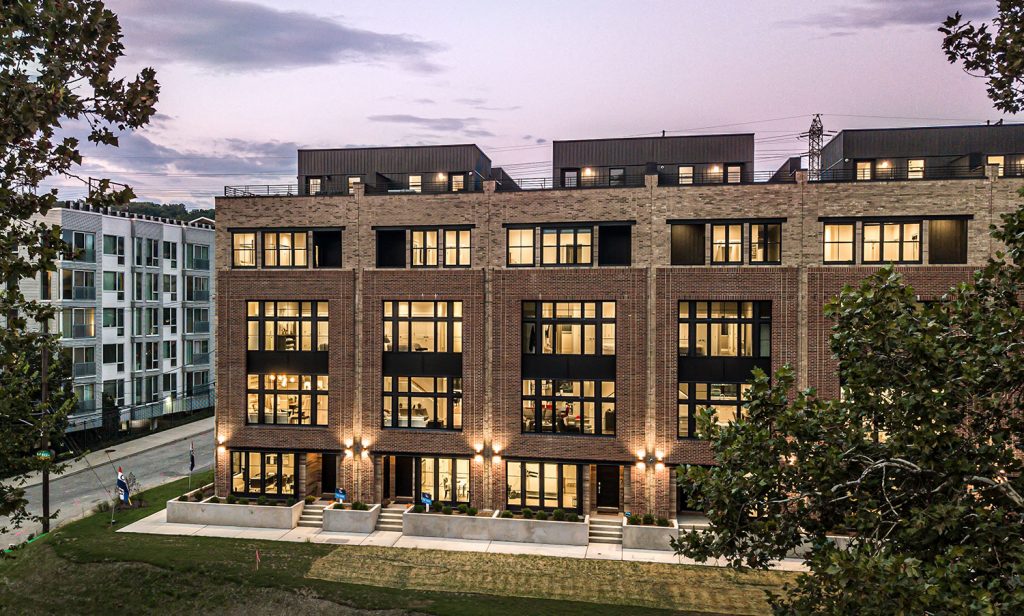 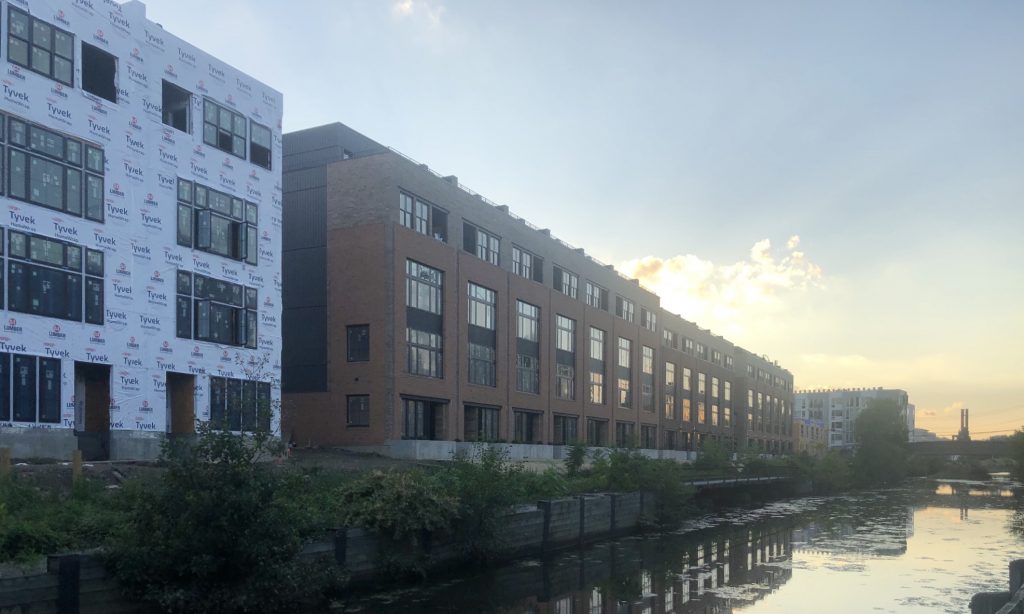 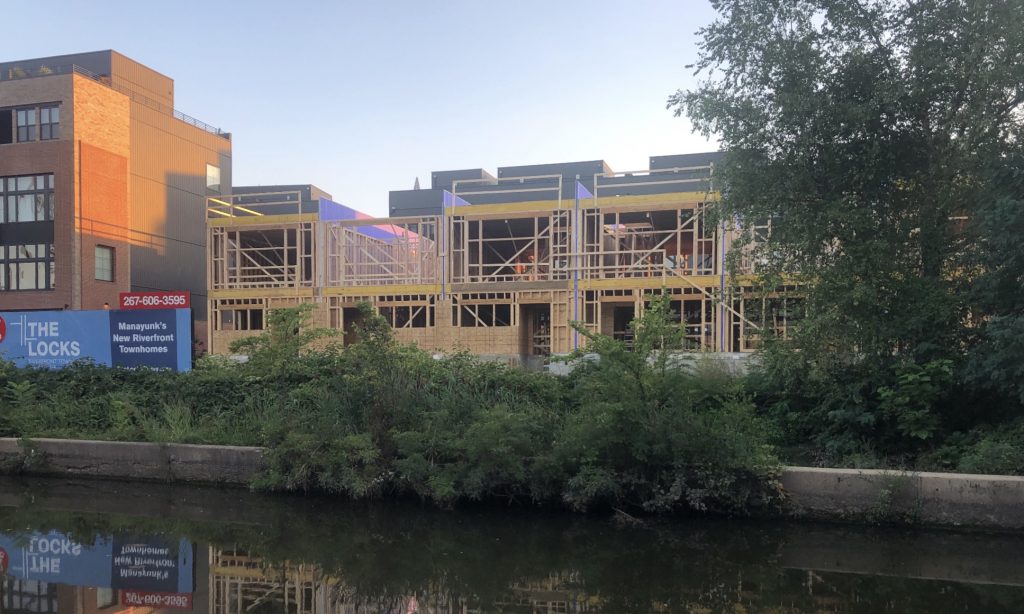 Framework going up in a new row of homes. Photo Credit: Colin LeStourgeon. 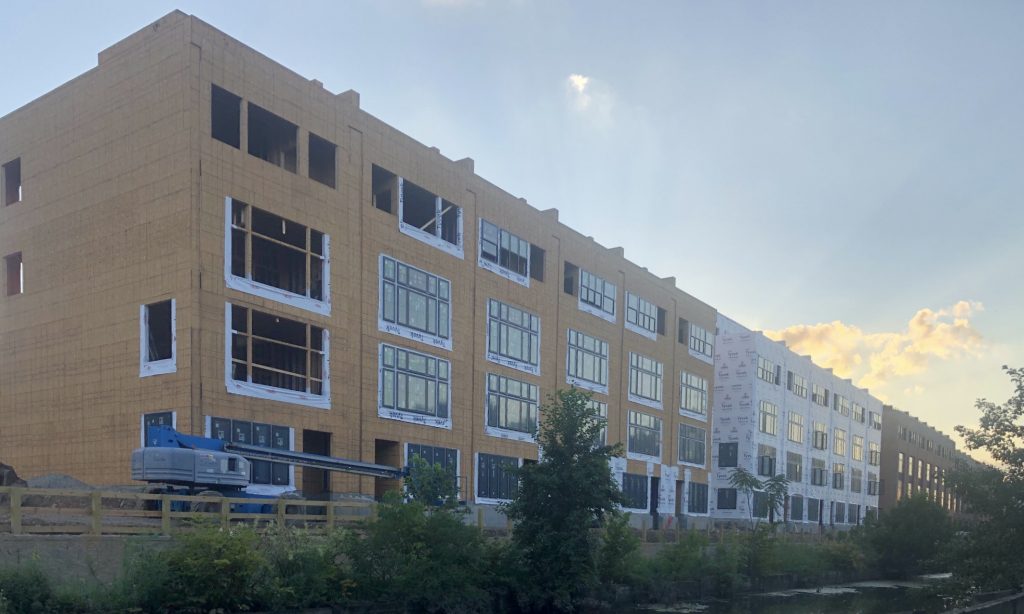 Windows Being installed in another row of homes. 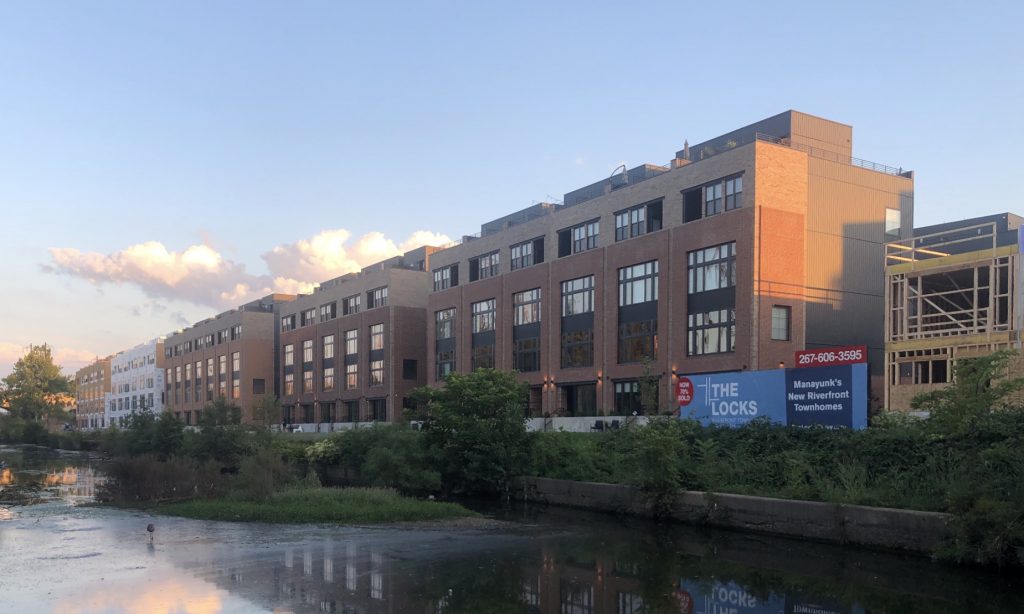 Looking down the canal at the new homes. Photo Credit: Colin LeStourgeon. 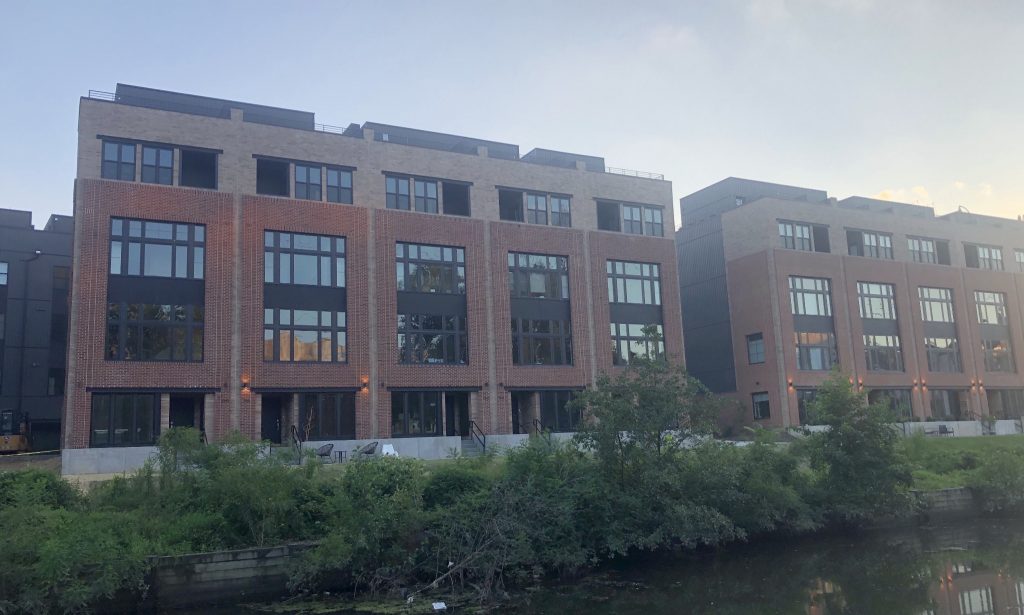 Be the first to comment on "Construction Progresses On The Locks In Manayunk, Northwest Philadelphia"