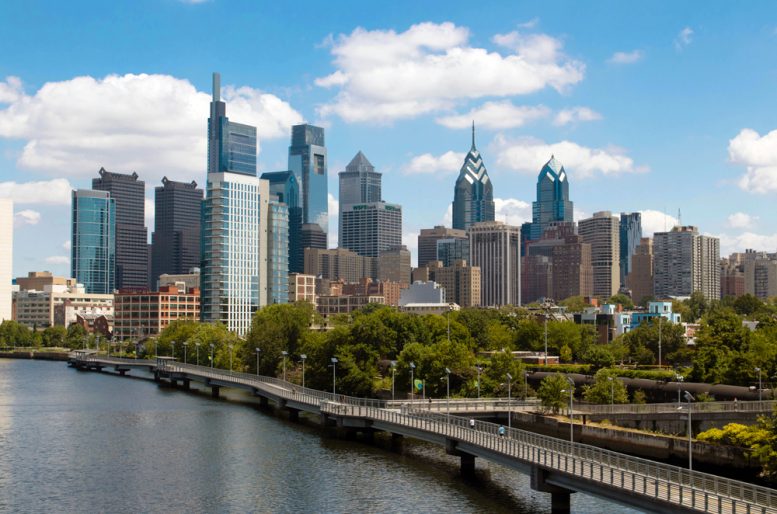 For nearly a decade, New York YIMBY has covered the architecture, planning and real estate of New York City and the Tri-State Area, with nearly 12,000 articles consisting of construction updates, project announcements, urban development news, site visits, and in-depth interviews with leading industry figures. Today, we are proud to announce the launch of Philly YIMBY, a sister website for the City of Brotherly Love.

Philadelphia is a keystone on the American urban and cultural landscape. The city played a key role during the Revolution and housed the Founding Fathers during the shaping of the Declaration of Independence and the US Constitution. Since its founding, Philly has consistently ranked among the nation’s largest cities and prime industrial centers, leaving a rich and storied architectural environment to match its cultural legacy. Today, its myriad universities and colleges make Philadelphia a top-tier higher education powerhouse.

Home of the cheesesteak and the Liberty Bell, Philadelphia has made a deep impression on the American identity, yet it still manages to maintain a unique, indomitable character even in the age of pervasive globalization. Since the 1825 completion of the Erie Canal poised New York City as the shipping gateway to the Midwest and the nation’s mightiest economic and cultural engine, Philadelphia’s story has oft seemed as one of the underdog, in the spirit of Rocky Balboa, away from the spotlight shining upon the glamour and glitz of nearby Gotham.

But after a half-century of postwar decline, when Philadelphia lost a quarter of its two-million residents between 1950 and 2000, the city’s fortunes are on a steady rise. Both decades since the turn of the millennium have registered increases in population. Scores of glimmering towers are rising in Center City and elsewhere, notably within the numerous college campus neighborhoods, with many more on the drawing boards. Once-declining neighborhoods are reviving as derelict lots make way for new rowhouses, a staple of Philadelphia’s urban fabric, as well as dense mixed-use complexes with apartments, retail, and entertainment. New parks are reconnecting the city with its waterfront and neighborhoods with one another.

The Northeast Megalopolis is a semi-continuous urban area stretching from Washington DC and northern Virginia to Boston, forming one of the largest urban agglomerations in the world. Together, connected by the built-up I-95 corridor, New York City and Philadelphia anchor the 50-million-resident megacity. As such, it is natural for YIMBY to branch out from its home in the Big Apple to its storied sibling to the south. Philadelphia YIMBY looks forward to sharing stories, reports, photos, interviews, and more, in our journey across Philadelphia’s inimitable cityscape. Keep an eye out for new content and keep looking up with Philly YIMBY!