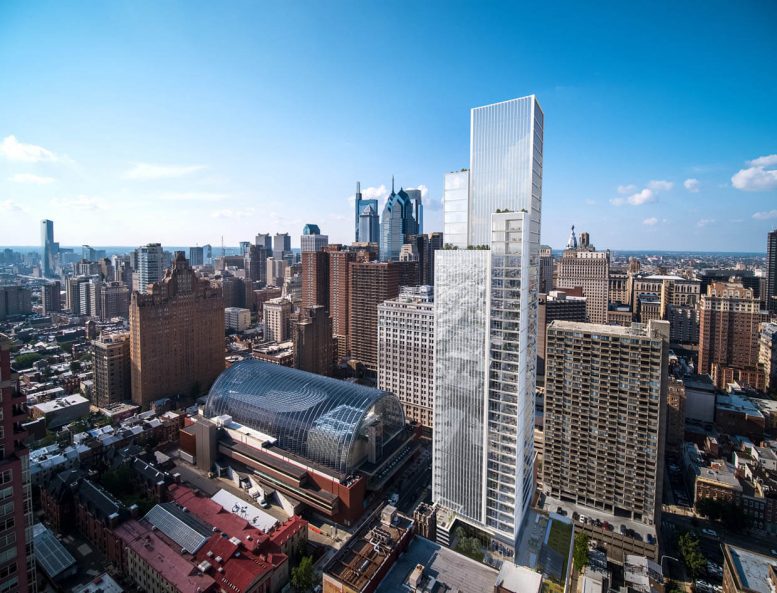 Kohn Pendersen Fox’s 47-story, 542-foot Arthaus condominium at 311 South Broad Street is rapidly rising to join the Center City skyline. The 108-unit tower, developed by by Dranoff Properties and constructed by Intech Construction
, currently stands at 13 stories and is rising at about 2 floors per week, with an address at 311 S Broad Street, a few blocks south of City Hall. The tower was originally projected to top out this fall, though at this time the target looks closer to the end of the year or early 2021. 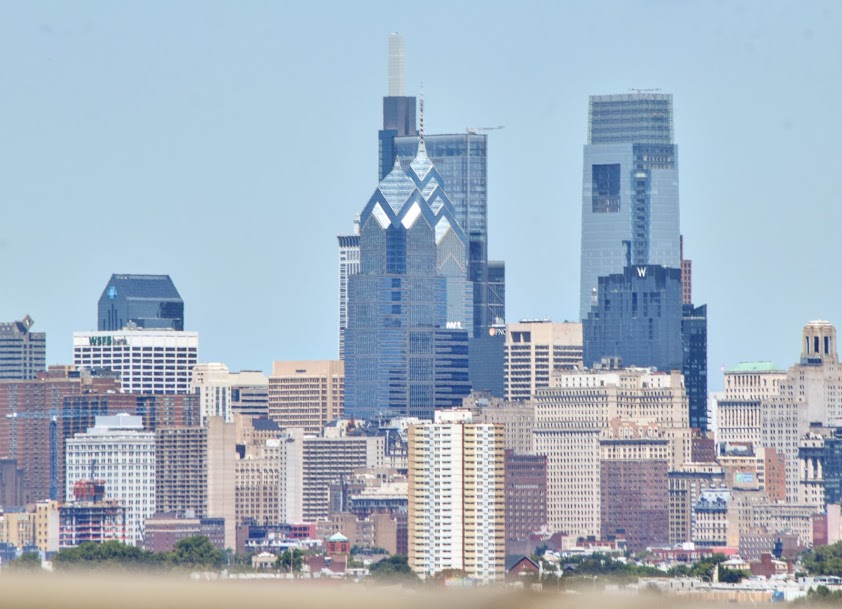 Arthaus with the Philadelphia Skyline. Photo by Thomas Koloski 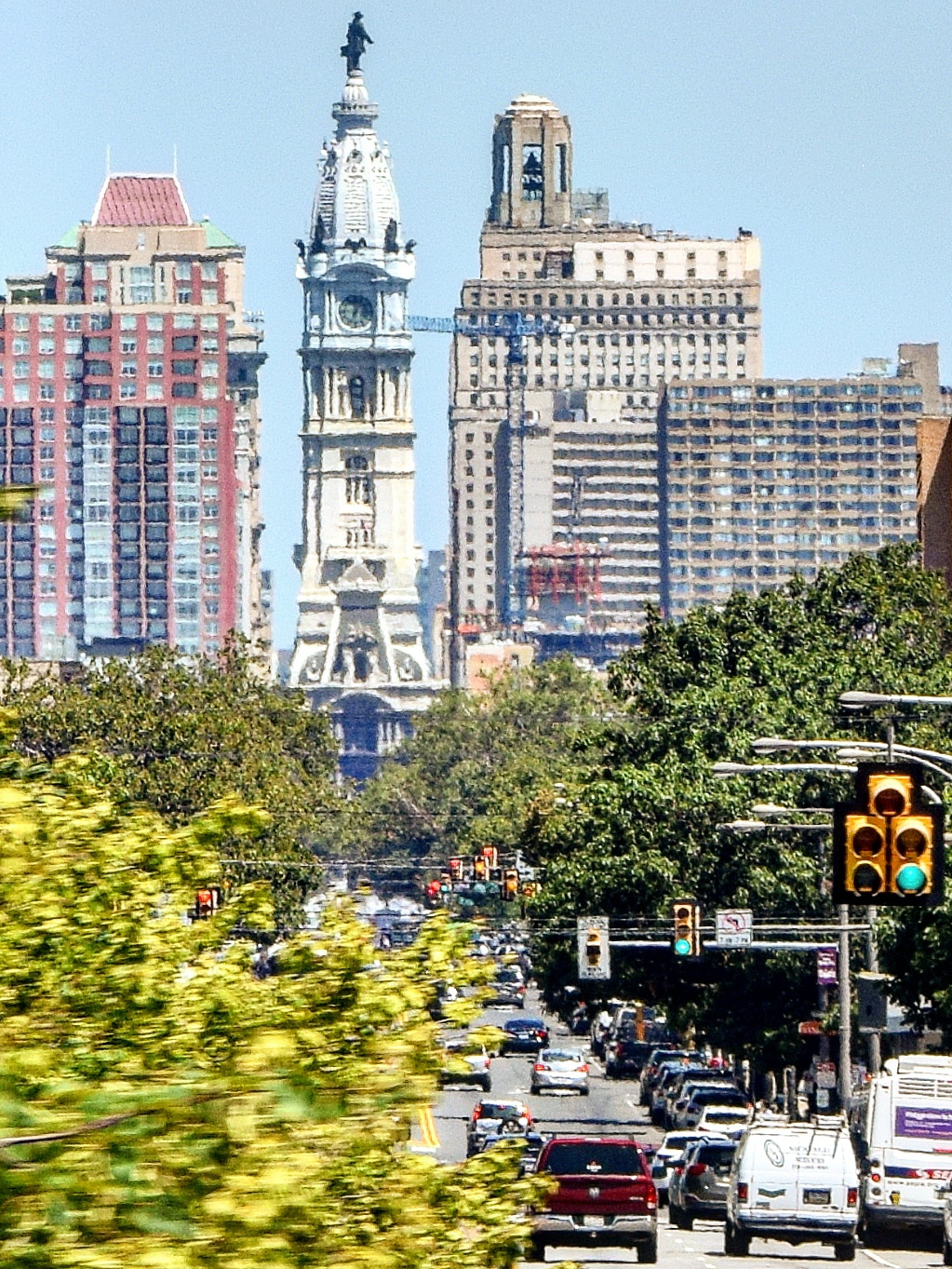 City Hall on the left, Arthaus rising on the right. Photo by Thomas Koloski 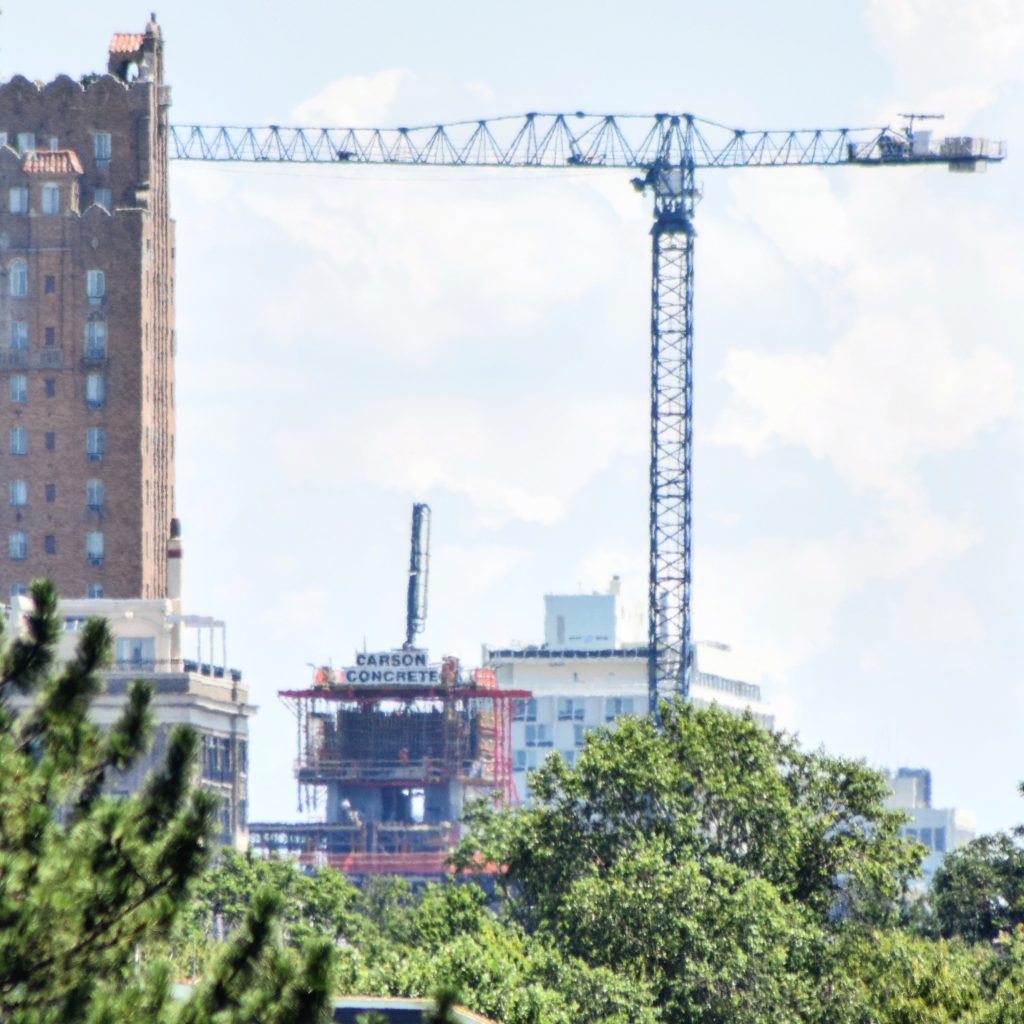 Can be seen from South Street Bridge. Photo by Thomas Koloski 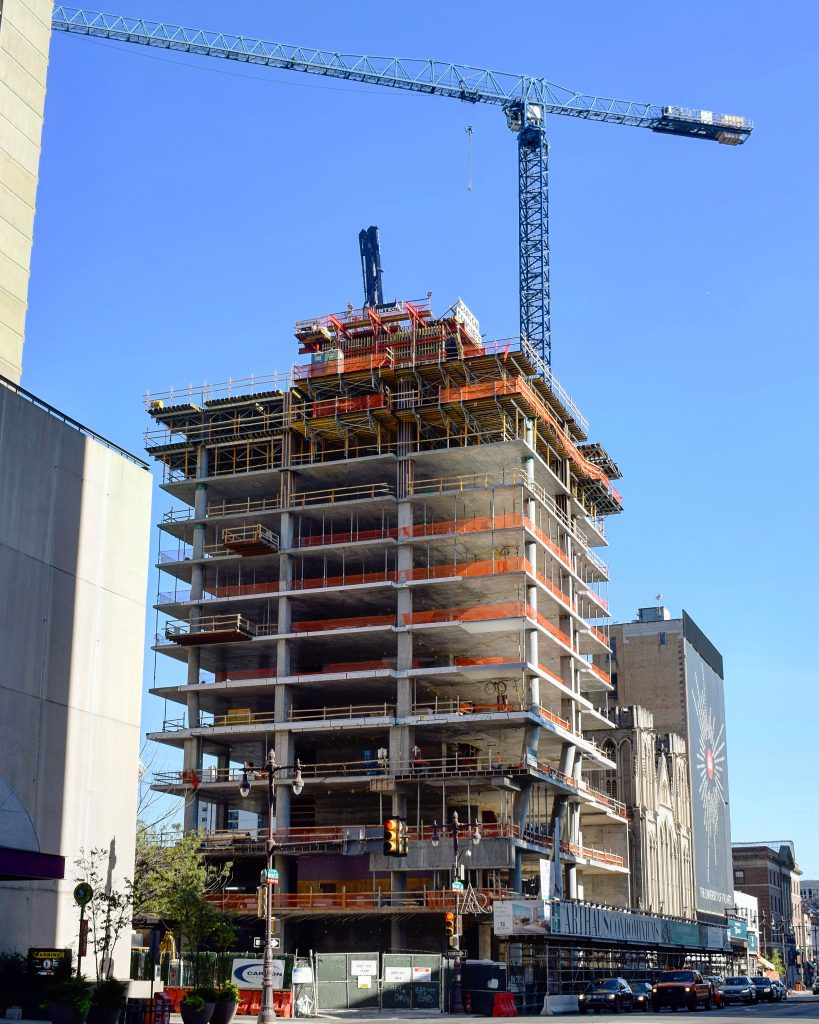 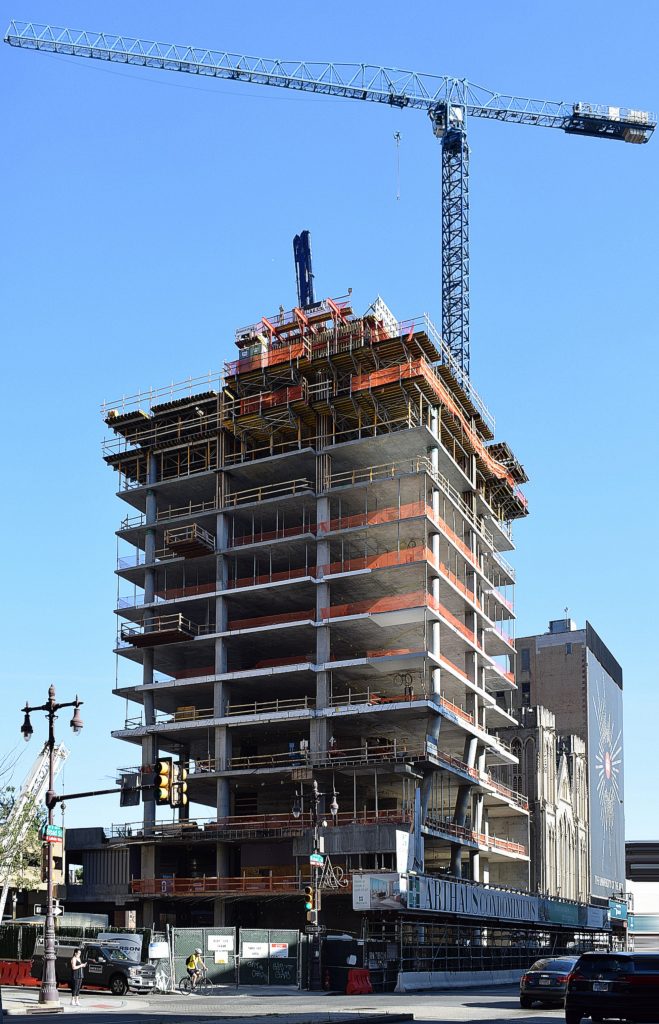 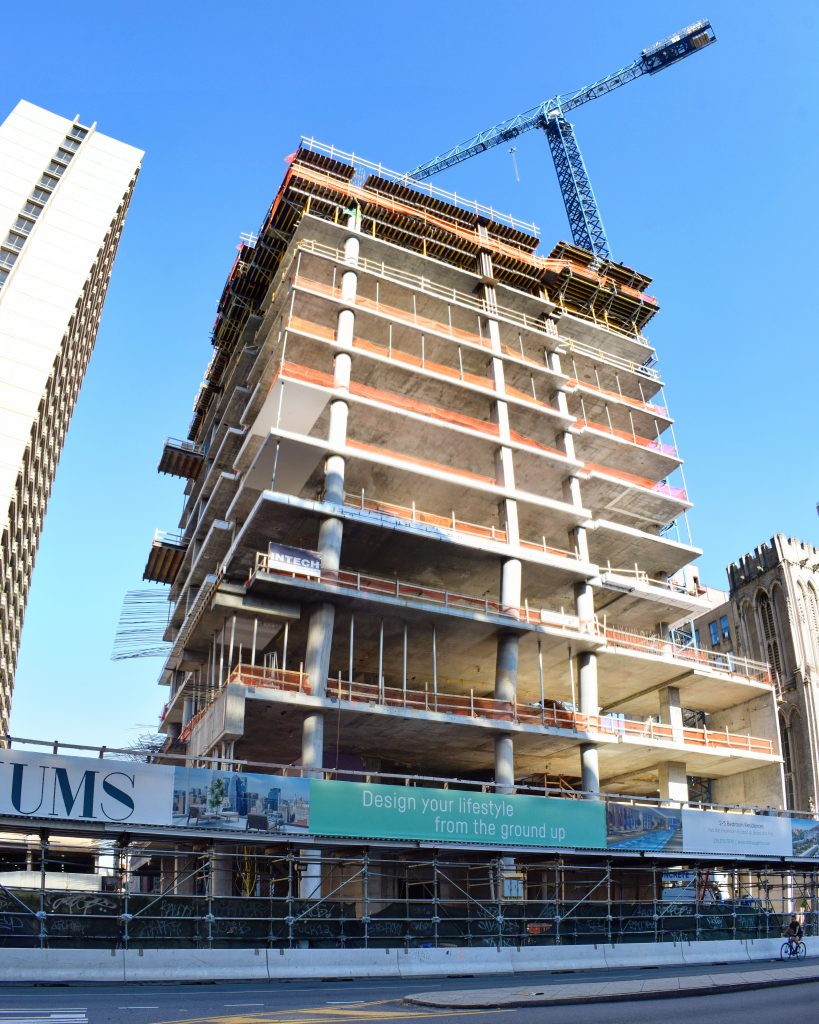 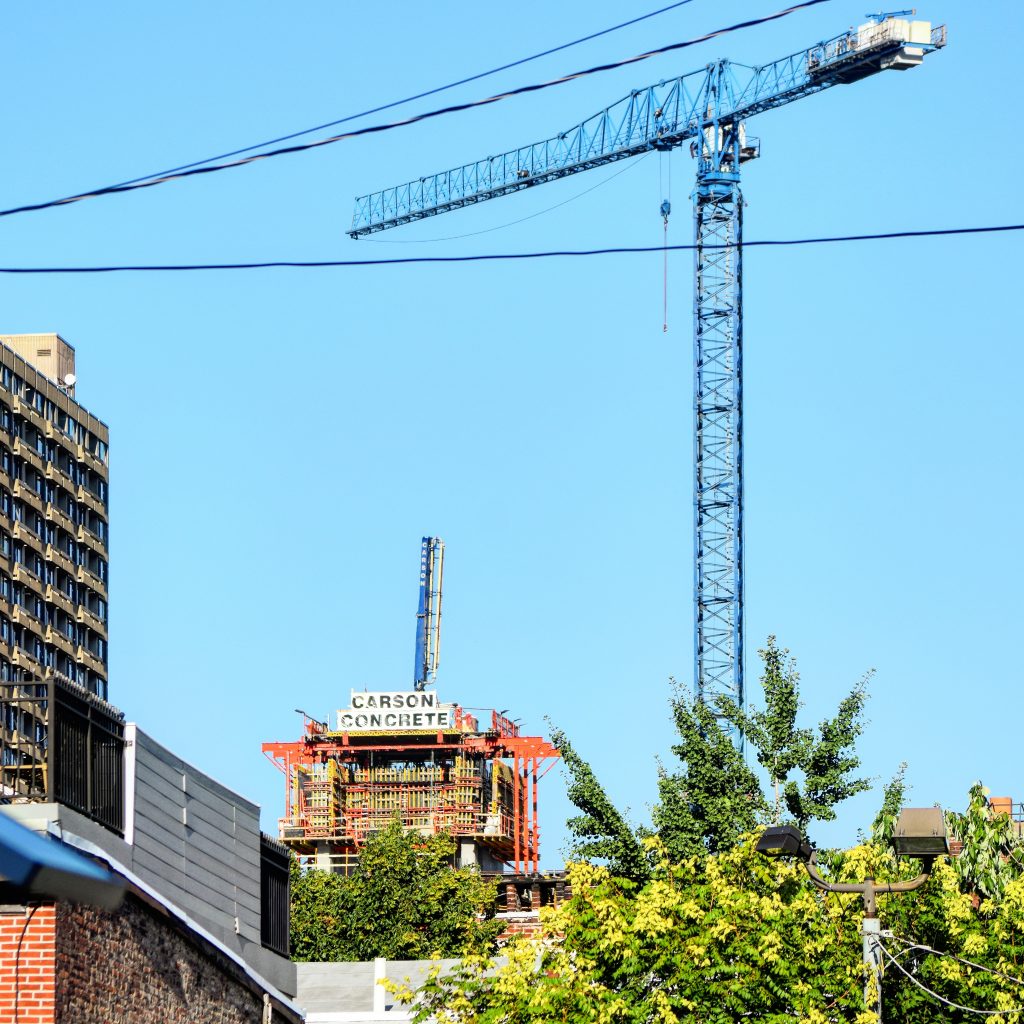 Arthaus from 17th and Panama Street. Photo by Thomas Koloski

Arthaus broke ground in June 2019 and saw its first concrete pour in August of last year, with a dark blue Carson tower crane rising at the south side later that month. The tower has maintained a rapid pace of ascent since a concrete pump went up at the core in late January 2020. By June, the tower stood 6 stories high, with the tower crane rising about 200 feet.

Today, the concrete structure stands 13 stories tall, with the crane above soaring to about 300 feet. So far, the builders have focused on the tower portion of the project, while a construction pit still marks the site of the future four-story podium.

YIMBY’s latest site visit reveals signs of prep work of cladding installation for floors five through eight. The cladding will feature light blue glass with thick metal panels outlining the edges of the 4 blocks that comprise the tower. Inside those blocks there will be Thin vertical metal strips will run through individual sections of the facade. 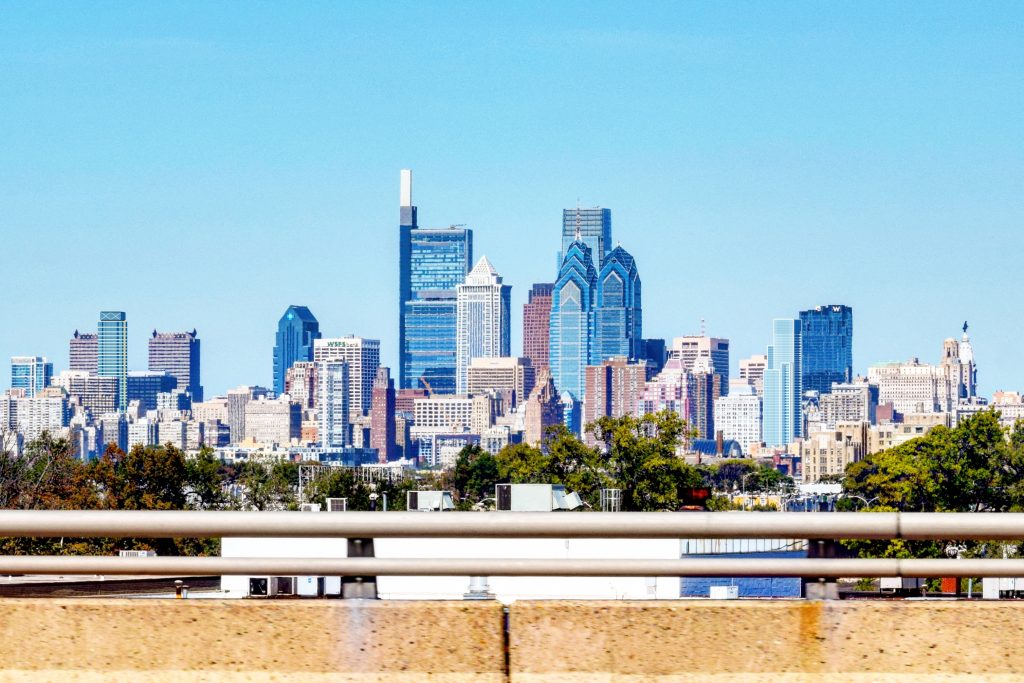 Arthaus is scheduled for a 2022 completion.

3 Comments on "Arthaus Rises Into The Philadelphia Skyline at 311 S Broad Street, in Center City"