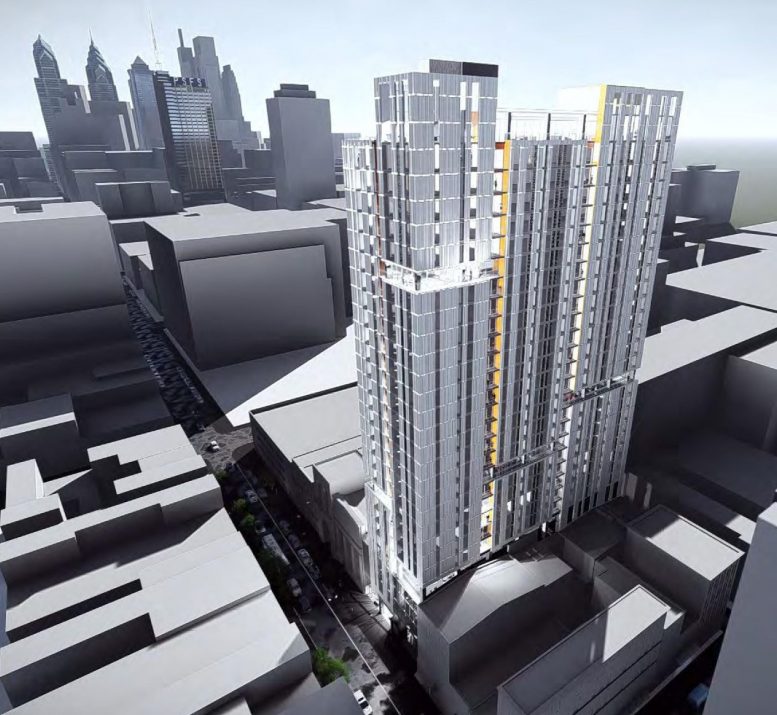 Preparations are expected to begin soon for a 27-story, 327-foot-tall residential building at 709 Chestnut Street in Center City, a block west of Independence Hall. The 278-unit project is developed by , which replaced Mack-Cali Realty Corp., the designer behind the original iteration for the site in 2015. As of today, the site is occupied by an active parking lot.

The original proposal stood 32 stories tall as a broad slab with its narrow side facing the street. The renderings showed a beige façade accented with broad sections of blue glass. The building was slated to contain 304 apartments. 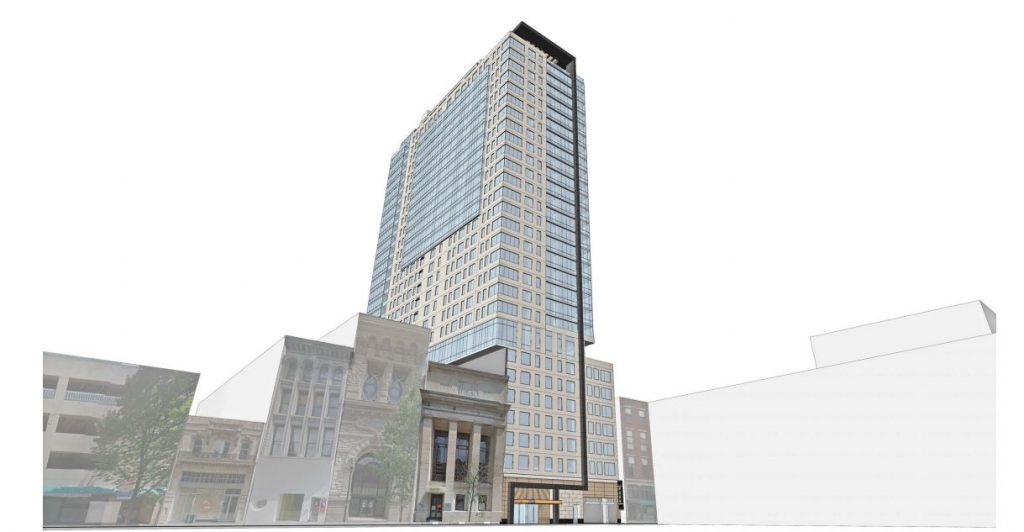 The latest design is slightly downsized from its original version, but with a more articulated massing. The latest renderings show a gray facade, though it is unclear whether that would be the actual color since the renderings are styled in grayscale. The only color exception are vertical yellow accent strips that outline the notches of loggia bays and extended terraces.

The area around Independence Hall has seen a number of new buildings constructed in recent years, such as the 26-story 500 Walnut Street, completed in late 2017 with 35 units, some of which overlook Independence Mall.

A large mural is situated to the east of the building site, which would be obscured by the new development. 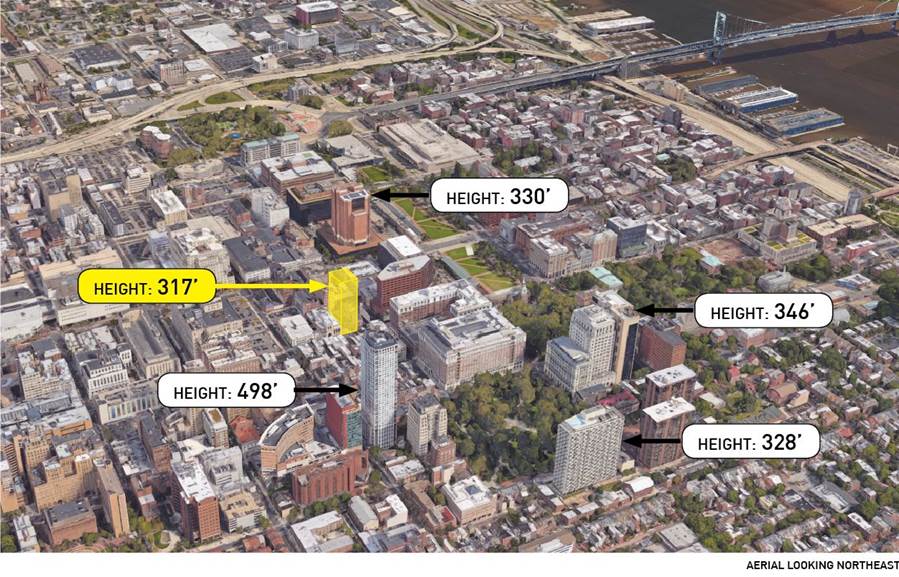 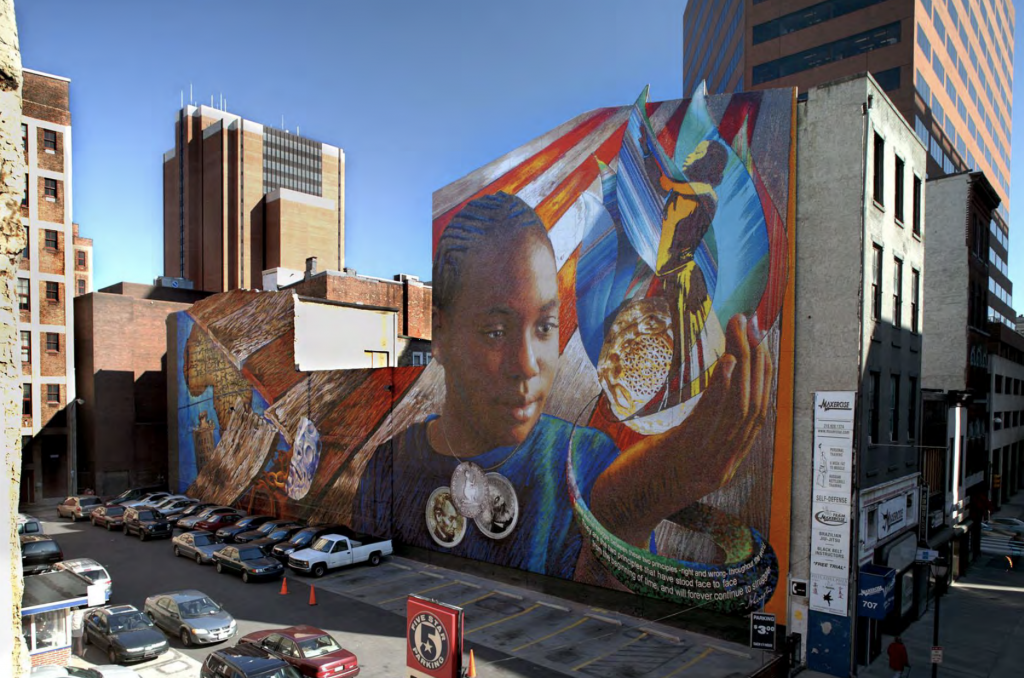