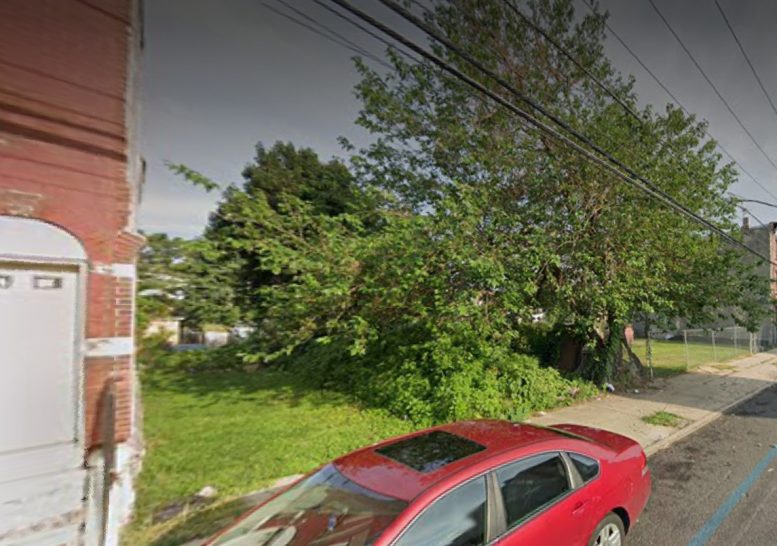 Permits have been filed for the construction of a single-family structure at 2545 North Howard Street in West Kensington. The building will replace an overgrown lot near the middle of the block. Kupa Shahe is listed as the owner of the property.

The building will occupy a 800-square-foot footprint and will stand attached to the three-story rowhouse to the north. The documents state the structure is not to exceed 38 feet, meaning it will likely stand at a similar height to the adjacent rowhouse. The building will include a roof deck with an access structure with stairs inside. The structure will also include a cellar.

The current grassy lot at the site is one of many vacant lots around the area. Waterloo Playground sits a block to the west and features a park and two basketball courts along with open areas. Groceries and convenience stores are scattered around the neighborhood, providing shopping options. Huntingdon Station of the Market-Frankford SEPTA line sits several blocks to the east of the property.