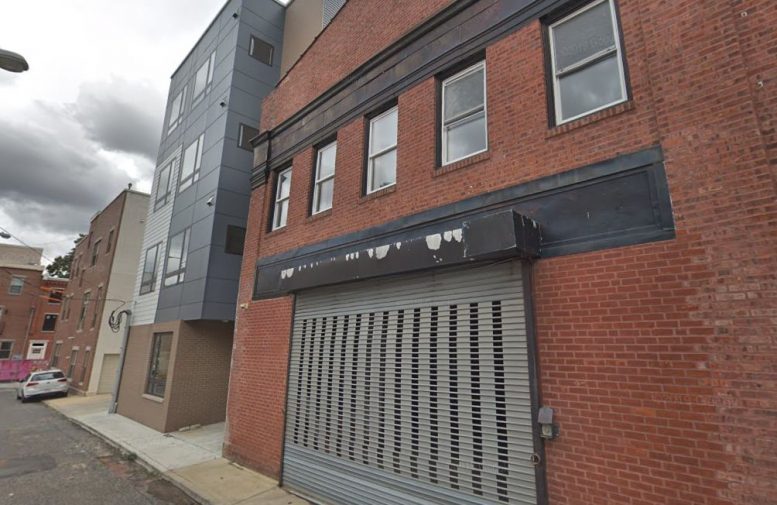 Permits have been filed for the demolition of all structures on the lot at 901 Leland Street in Francisville, North Philadelphia. A single-story prewar warehouse currently spans the lot. Curiously, the permit seems to be a departure from another recent filing issued in late July, which called for the erection of a five-story addition to the existing structure. 2036 Fairmount Ave LLC is the listed owner.

The warehouse stands roughly 25 feet high, measures about 60 feet at its widest, and stretches around 170 feet deep. The street-facing red-brick façade features a roll down garage gate with a row of windows above, lending the appearance of a two-story structure. However, since the permit describes the building as single-story, these are likely clerestory windows that illuminate a spacious, hangar-like interior.

In 2016, the façade sported a “for sale” sign advertising the structure’s 16,000-square-foot area and a CMX-2.5 zoning. The square footage and zoning classification allow for a sizable structure to rise at the site, such as the six-story proposal revealed in July. Even though the latest filing does not provide details on the future structure, it will likely be within a similar scope as the original proposal.

Francisville, a small enclave located to the north of the Fairmount area, is a unique neighborhood due to its angled street layout, turned at around 45 degrees against the prevailing street grid, creating unusual angled cityscape conditions where the grids meet, such as at the nearby street corner of Leland and Poplar streets. A large, block-long industrial structure, similar to the the warehouse at 901 Leland Street next door, stood at the corner until 2016, when it made way for a five-story residential and retail complex at 1734 Ridge Avenue.

Demolition of prewar buildings is generally a regrettable prospect, especially in a city that has already lost an enormous quantity of building stock over the past 70 years. However, aside from preserving the neighborhood’s industrial charm, the unadorned warehouse holds minimal architectural and historic value, and its complete demolition, rather than the initially planned vertical extension, would not constitute a dramatic loss.

Be the first to comment on "Demolition Permits Filed for 901 Leland Street in Francisville, North Philadelphia"