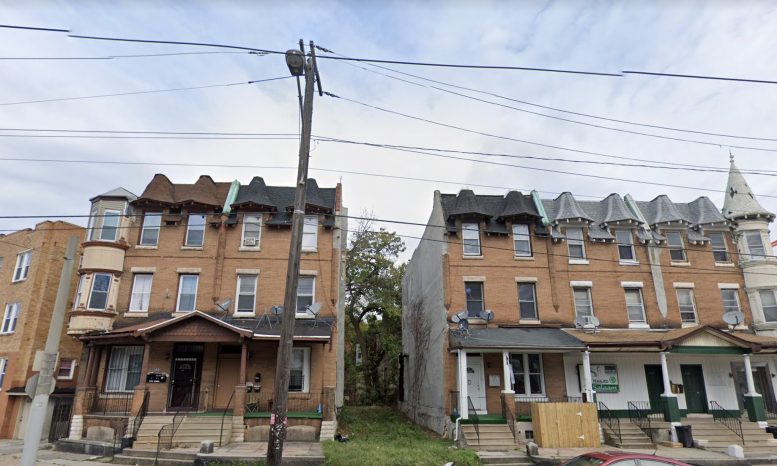 Permits have been filed for a three-story, five-unit residential building at 4107 West Girard Avenue in Parkside, West Philadelphia. Located between 41st Street and Leigh Avenue, the site is closest to the 15 trolley, which provides an easy transfer to the Broad Street Line for commuting to Center City.

The building will rise from a 1,581-square-foot lot and span 4,929 square feet, for an average unit scope of 986 square feet. All of the apartments will be rentals. The structure will also feature a roof deck that could offer views of the skyline and the rest of the city.

Parkside sits adjacent to Fairmount Park, hence its name. The neighborhood houses some of the most distinctive architecture in the city, although the the neighborhood’s potential has been largely unrealized thus far, with demolition of historic structures leading to a preponderance of vacant lots.

The contractor for the project is listed as David Schwartz Construction INC, while Brett Hartman is listed as the design professional.

An estimated $492,900 will be spent on construction. Demolition permits likely won’t be required as the lot is vacant. An estimated completion date has not been announced.

Be the first to comment on "Permits Filed for 4107 West Girard Avenue in Parkside, West Philadelphia"