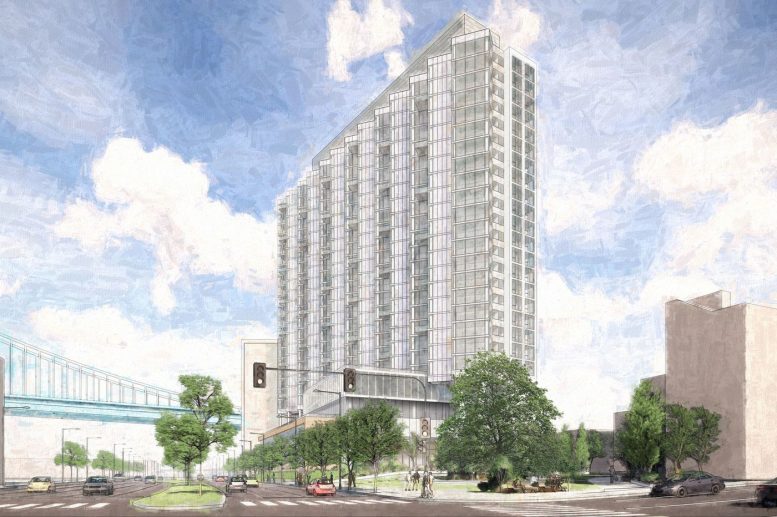 A new rendering has been revealed for a proposed 290-foot-tall residential building at 300 North Christopher Columbus Boulevard in the Old City section of Center City. Designed by Handel Architects and developed by the Durst Organization, the 24-story structure would replace a large parking on the Delaware River waterfront. The development is planned to rise three-quarters as high as the nearby 385-foot-tall Benjamin Franklin Bridge and will bring much-needed activity to the neglected stretch of the waterfront. 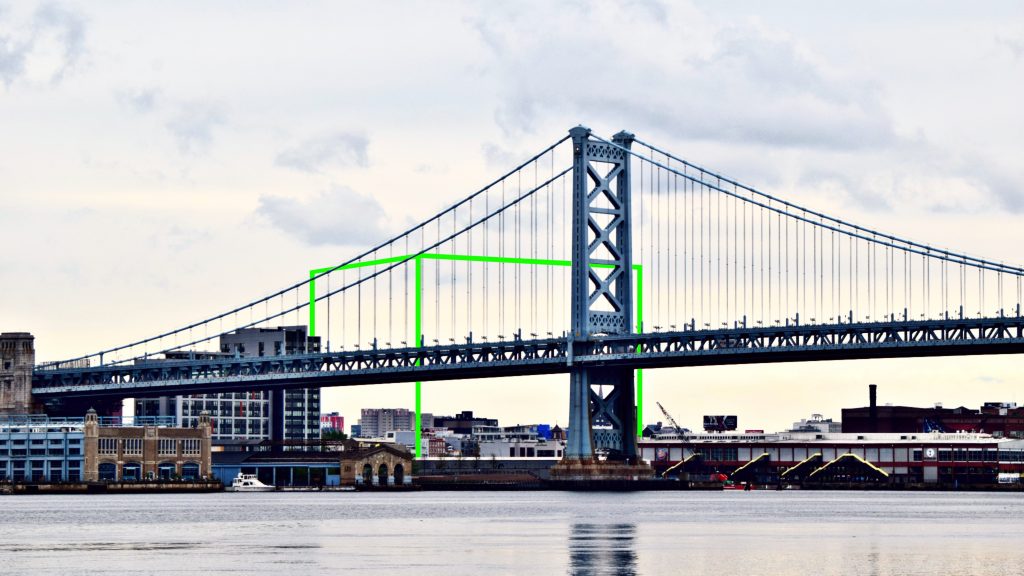 The parking lot, with a capacity for roughly 200 vehicles, spans a narrow rectangular site situated 160 feet away from the Delaware River. The property sits a block north of the bridge, with One Water Street Apartments, completed in 2017, spanning the block in between. The lot sits within a short drive of Rivers Casino (formerly SugarHouse Casino) as well as Penn’s Landing.

As depicted in the rendering, the design features a slab-like massing with its broad side facing the river. The structure is clad in a light-hued curtain wall and features a series of protruding triangular bays that alternate between transparent and opaque glass. The corner bays project outward from the slab, with pointed ends facing to the north and south. The broad building will be prominently visible from the Camden waterfront. 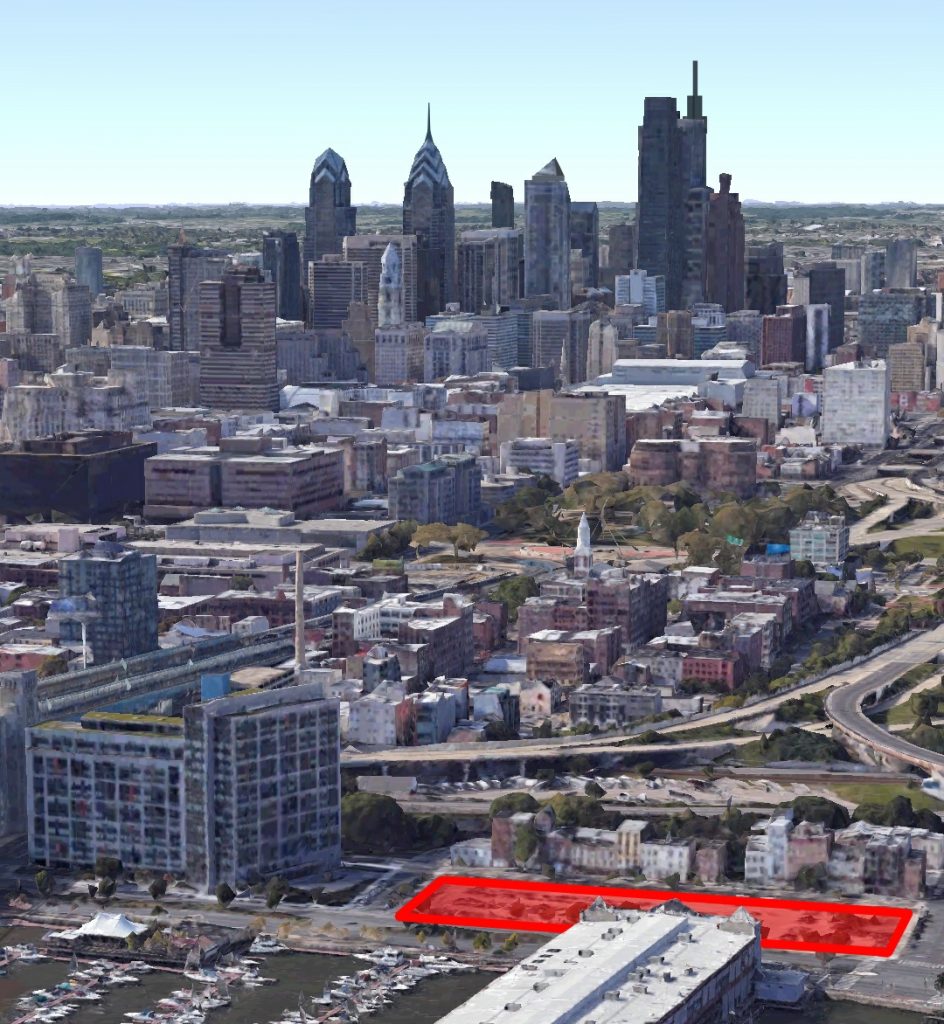