The Poplar neighborhood in North Philadelphia is seeing an influx of proposals in recent months. At 1030 West Girard Avenue, a second phase is being proposed as an extension to a project that is already rising. The new 120-unit residential building, developed by Michael Alhadad, will rise six stories and complete the full-block complex between West Girard Avenue to the north, West Harper Street to the south, North 10th Street to the east, and North 11th Street to the west. Phase two will take up the western half of the block, which currently houses a metal-sheathed, gable-roofed warehouse.

Despite its mid-rise height, the building’s length will make an imposing presence on Girard Avenue. The structure will be clad in red brick and aluminum panels, bringing a mix of color to the avenue, and ground-level retail will activate the street. The two buildings would act as a single structure, sharing the lobby and access to the underground garage. A series of deep courtyards extend along the south façade. A planted roof deck will offer dramatic views of the skyline.

This project dates to 2014 when the current developer purchased the property and shut down the tennis court on the east side of the lot. A proposal was finally revealed in 2017, though documents stated only retail and a gas station would occupy the site. The current plans were revealed two years later in the summer of 2019, promising to bring many new residents and retail outlets to Poplar, a neighborhood that is poised to grow with other large projects such as the pair of residential high-rises proposed at 900 North 8th Street a few blocks to the southeast. 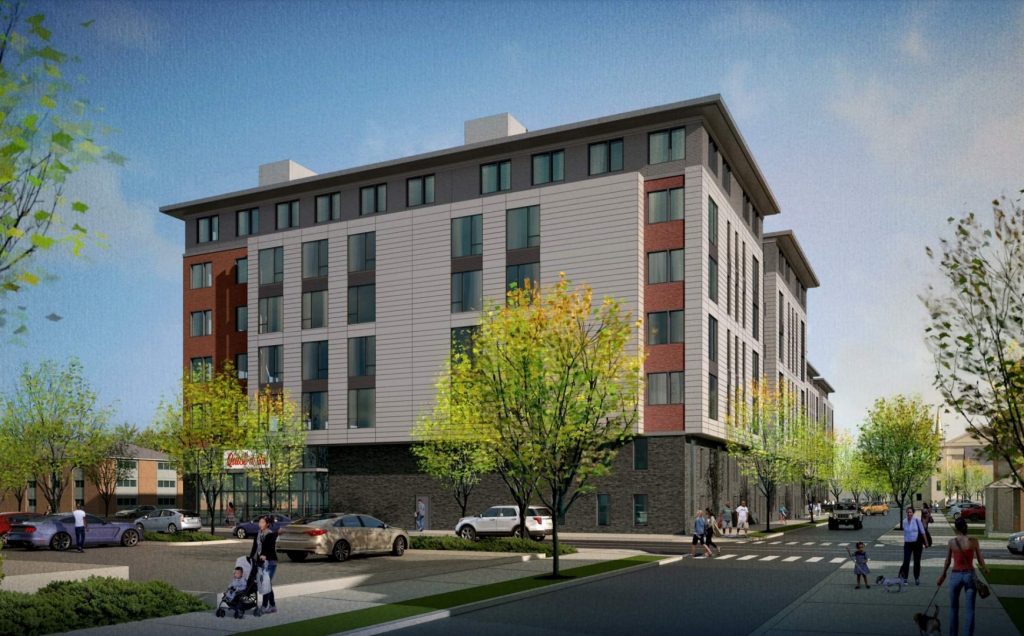 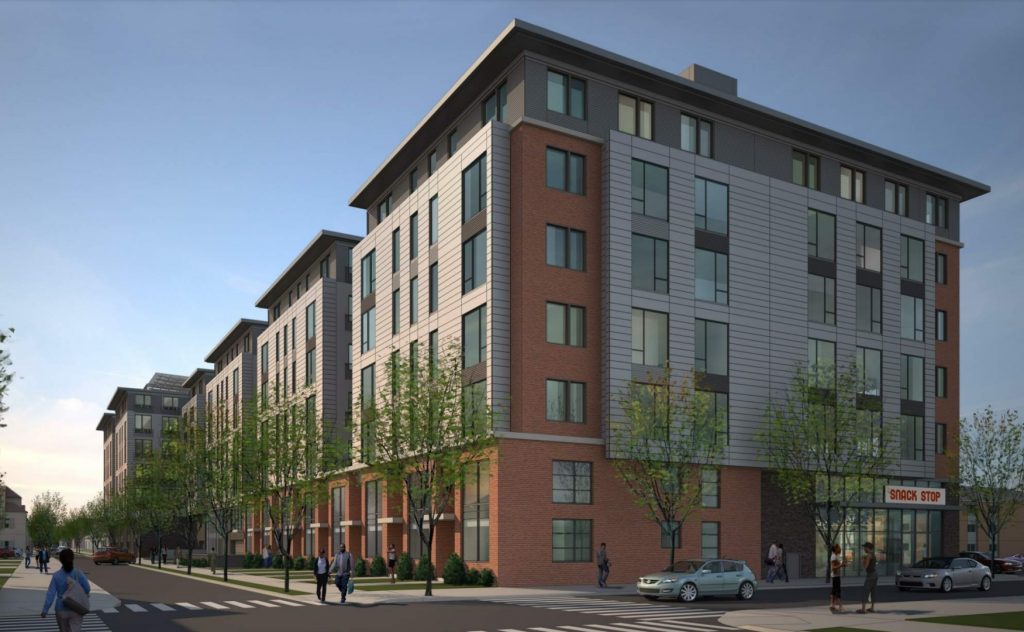 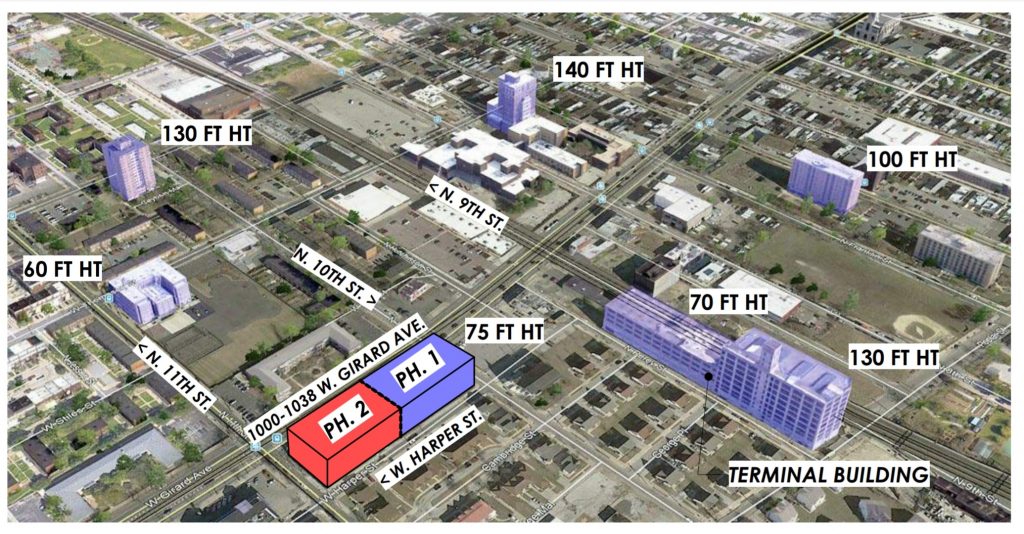 A completion date has not been announced, but the building could be finished by 2022.

Be the first to comment on "Phase Two of Mixed-Use Development Proposed for 1030 West Girard Avenue in Poplar, North Philadelphia"