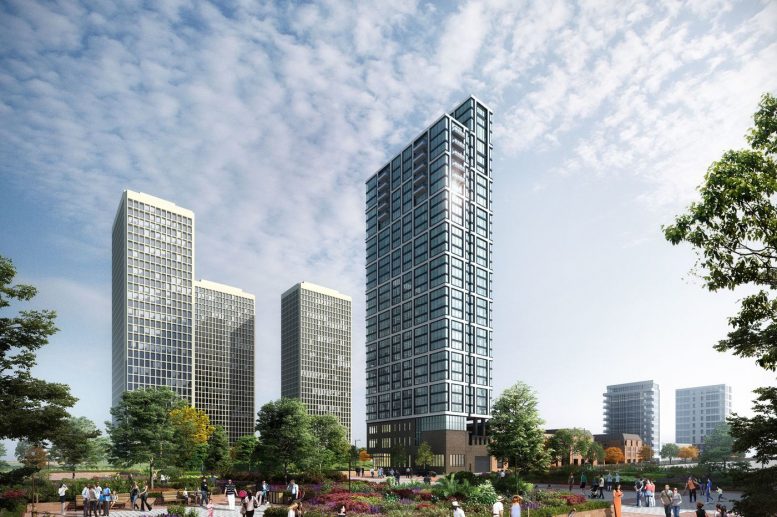 Several sizeable developments are currently in the works in Old City, the tallest of which is the tower that LCOR Incorporated plans to construct at One Dock Street. Bower Lewis Thrower Architects is the designer for the 374-foot-tall, 31-story proposal that would rise even higher than I.M. Pei’s Society Hill Towers, built just to the south in 1964. The new building will yield 272 rental units. 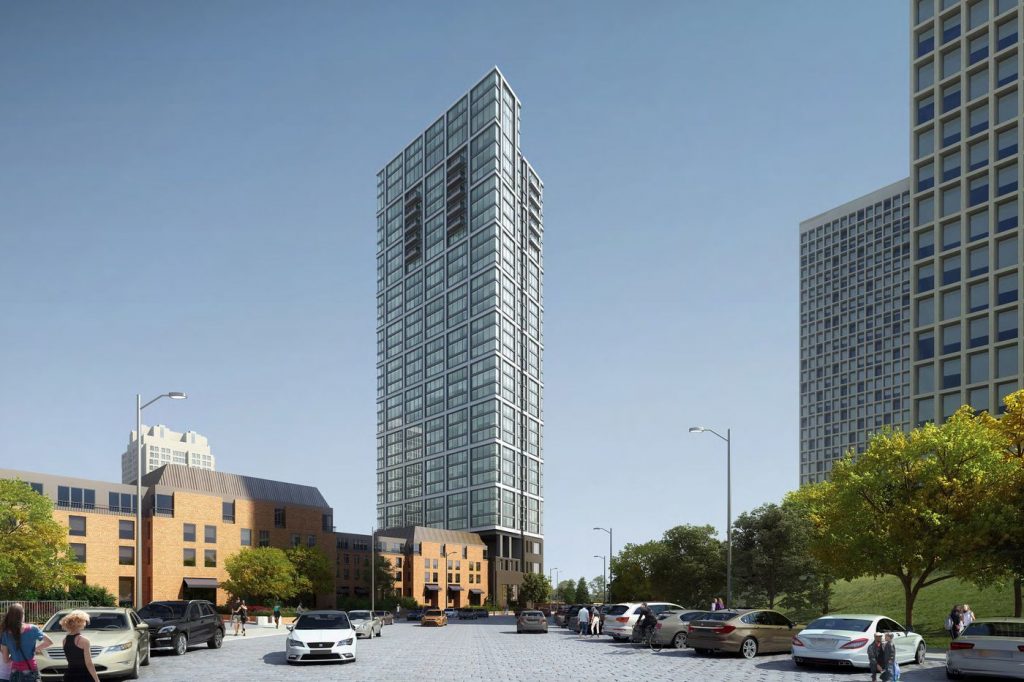 The development was first unveiled at the beginning of 2019, stirring mixed reactions: Development supporters welcomed the proposed influx of new housing, while local preservationists and NIMBYs were concerned with the building’s impact on the historic Society Hill neighborhood. Zoning permits were filed in April 2019 and permits to construct the foundations were approved less than month later. At the start of this year, LCOR Incorporated announced that construction would finally be moving forward, after months of obstruction by the opposition.

The building’s prominent location will create a dominating presence on the local skyline, especially when viewed from the north or south along the slab’s wide sides. The tower will feature a predominantly glass exterior with a light-colored grid pattern, grouping windows in three-floor sections and leaving reveals at the corners. The building’s northern face will rise above the southern portion by three stories.

No projected completion date has been announced, but the building could be complete by 2024.

2 Comments on "One Dock Street to Become the Tallest Building in Society Hill, Old City"