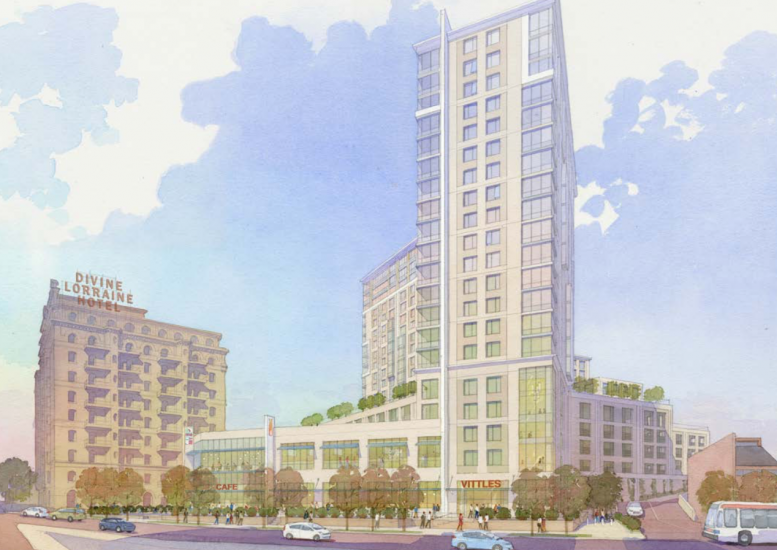 The podium is clad in varying shades of gray paneling with accenting sections of orange-brown. The development adds streetscape appeal with wide sidewalks, vegetation, and large windows along Ridge Avenue. The streetscape treatment is among the more attractive among similarly scaled developments around the city.

The cladding on the tower portion consists of two different shades of tan panels with gray accents, resulting in a contemporary appearance. Large, blue-tinted windows cover more than half of the façade, adding a reflective lam that makes the building more eye-catching. 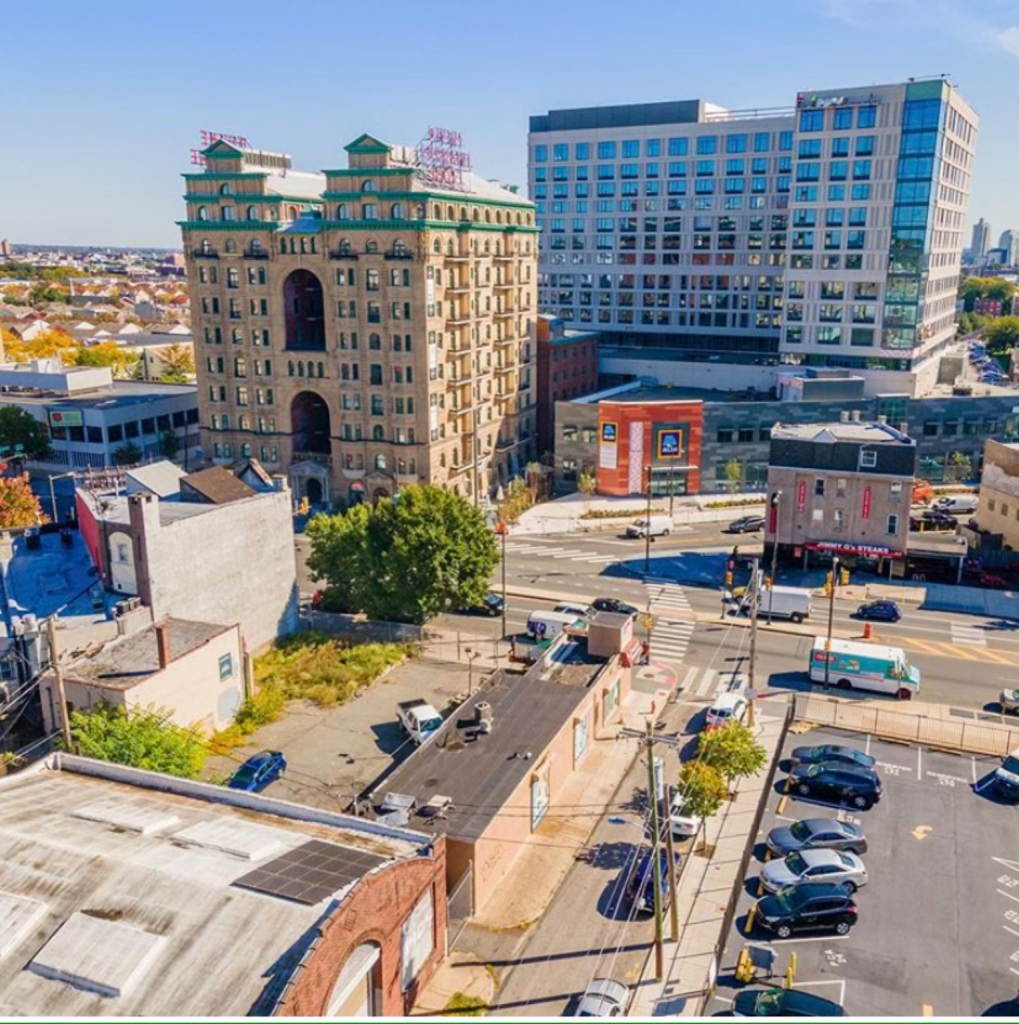 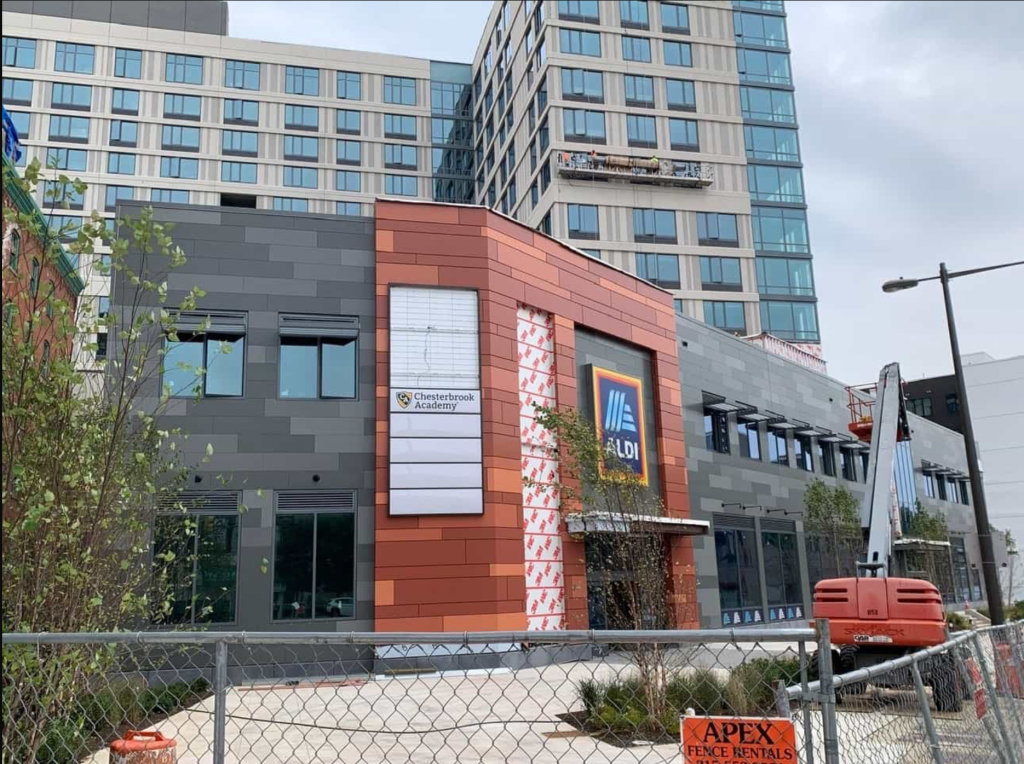 Though the project is not actually located on Broad Street, it sits just a few dozen feet off of the iconic boulevard and is essentially a part of the wider corridor. Many similarly scaled projects are in various stages of progress along the stretch of Broad Street, where a new skyline will eventually stretch from Center City to Temple University, anchored by Morgan Hall North, a 302-foot-tall tower at 1601 North Broad Street completed in 2013.

1300 Fairmount Avenue sits next to the historic Divine Lorraine Hotel, which opened in 1893 and reopened in 2016 after a long period of abandonment. 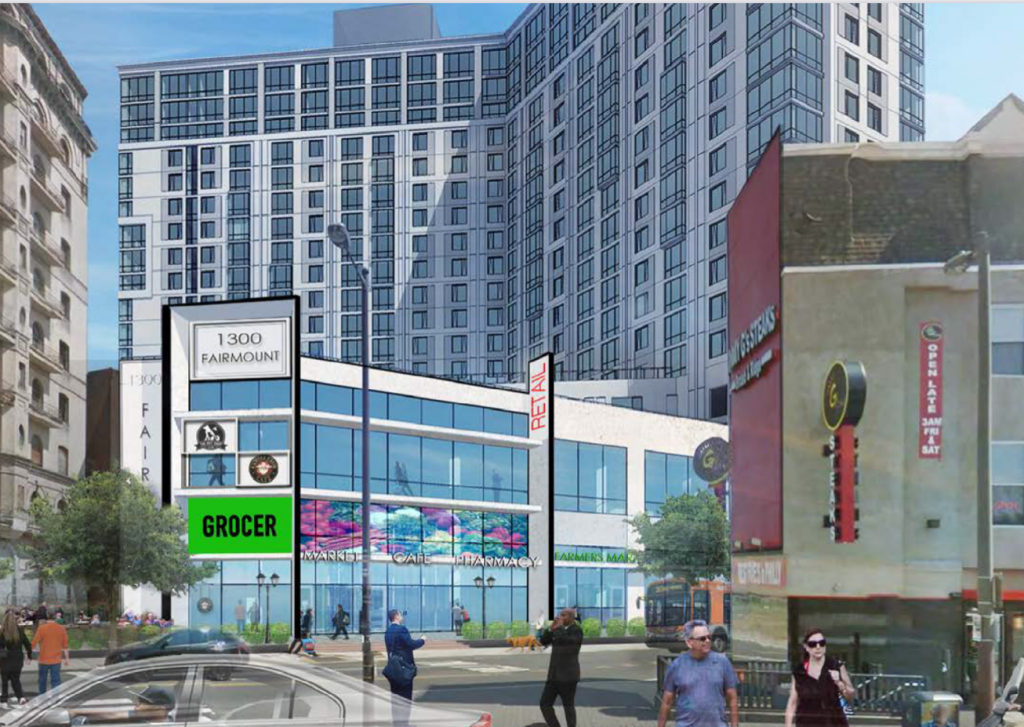 An older rendering of 1300 Fairmount via Metro Commercial Real Estate.

Original plans for the building called for a height of 20 floors. While the height was eventually scaled back, the design remained similar. With the addition of a large grocery store fronting Ridge Avenue and the massive residential density, this project will prove to be a major bonus for the surrounding neighborhood.

Completion is anticipated at the end of the year or in early 2021.

Be the first to comment on "1300 Fairmount Avenue Nears Completion in Poplar, North Philadelphia"