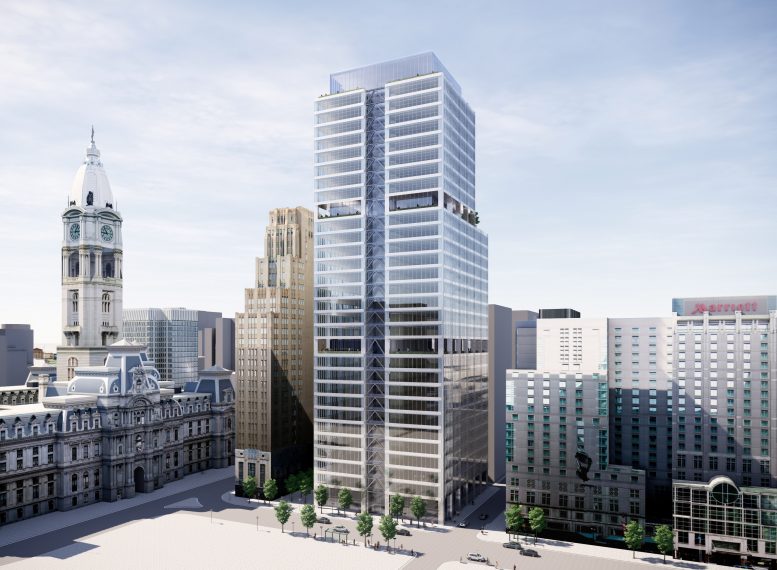 The eighth-tallest building on Philly YIMBY’s Annual December Countdown is a 460-foot-tall, 32-story office tower proposed at 1301 Market Street in Market East, Center City, half a block to the east of City Hall. Designed by the the globally renowned firm Skidmore, Owings & Merrill and developed by the Oliver Tyrone Pulver Corporation, the massive building will yield over 700,000 square feet, with floor plates at the lower levels measuring over 25,000 square feet and those at the upper floors at over 17,000 square feet. The project is being marketed by Jones Lang LaSalle Incorporated.

The building will rise at the site of a parking lot that sits directly to the east of the 347-foot-tall, 24-story Residence Inn by Marriott Philadelphia Center City, built in 1930. Philly YIMBY’s recent site visit revealed no progress at the site. The parking lot remains active and is filled with vehicles.

The tower was first revealed near the end of 2016, originally proposed to stand 547 feet tall, one foot lower than the William Penn statue atop City Hall. The tower featured a blocky design without major setbacks on the north side. The new design is 87 feet shorter than the original and features metal cladding that highlights the structural skeleton, with diagonal beam bracing along the central split.

Despite its shortened height, the building will still be one of the tallest buildings in the area and will have a notable impact on the skyline east of City Hall. 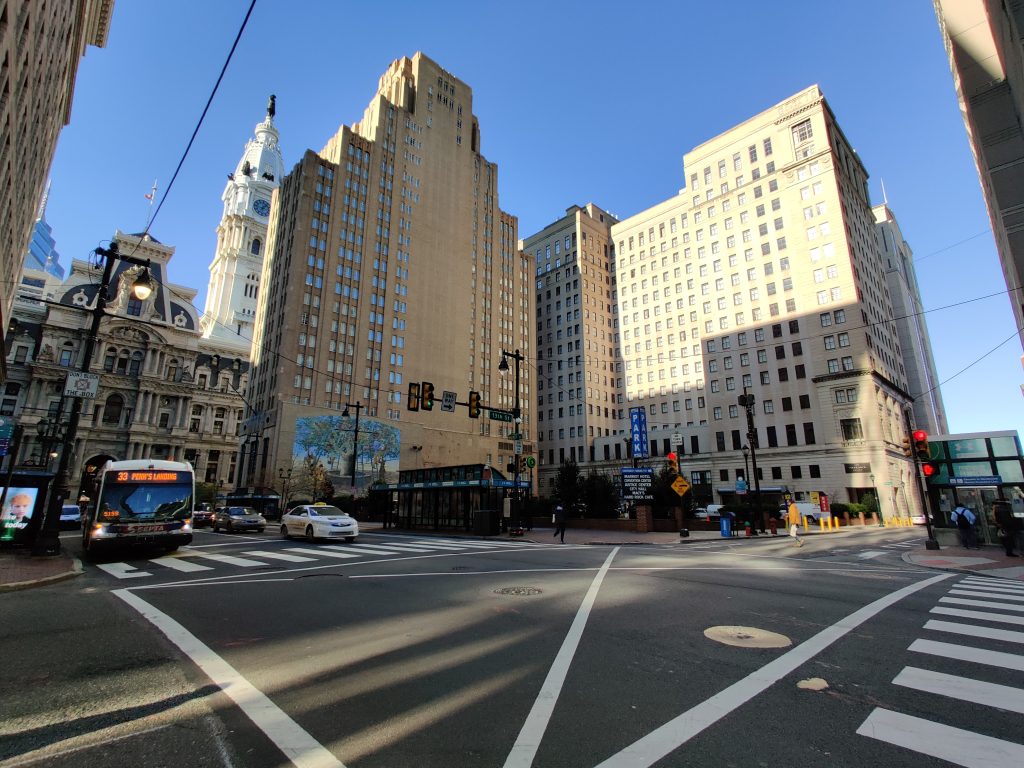 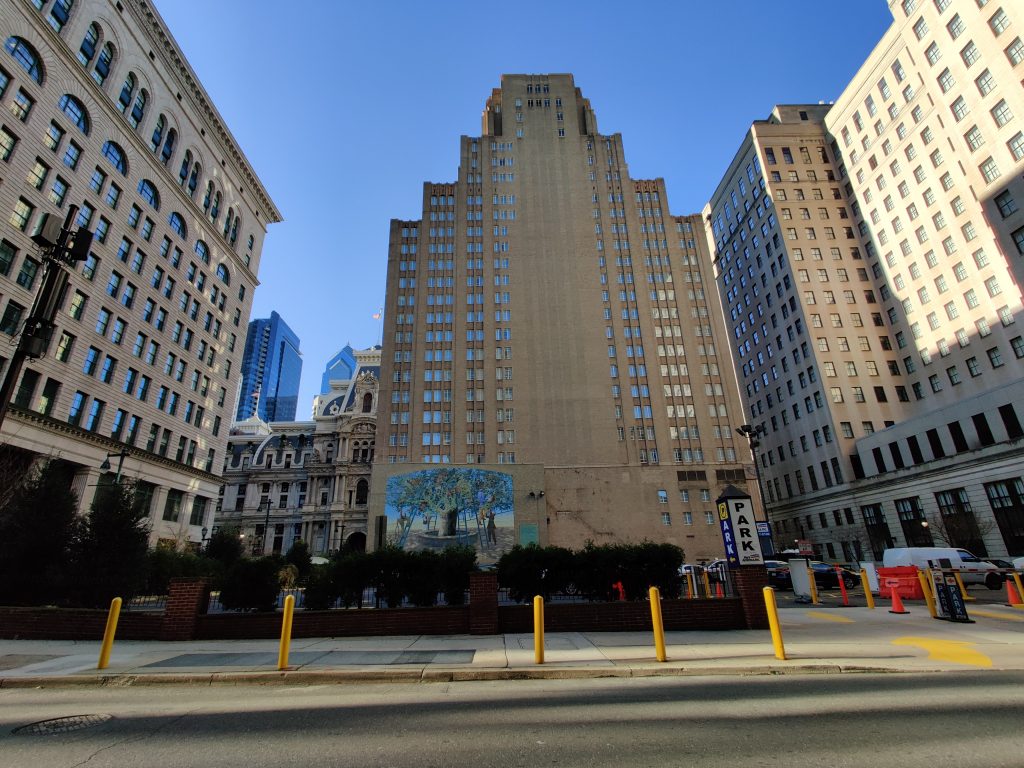 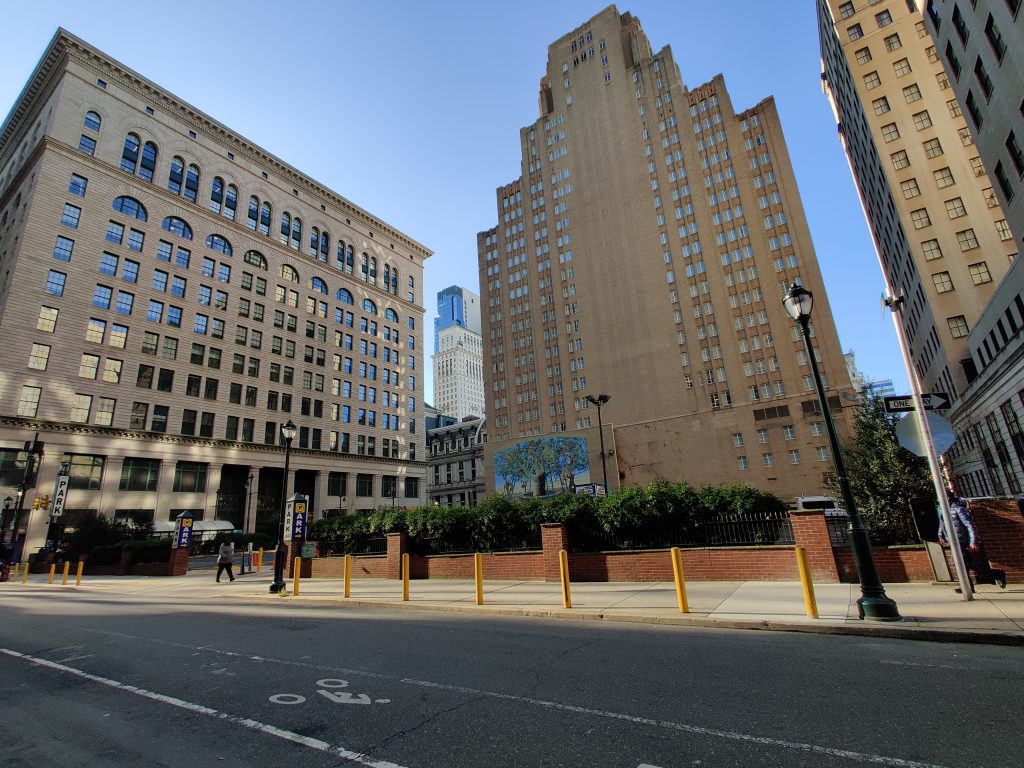 The tower is anticipated to be completed in 2024.