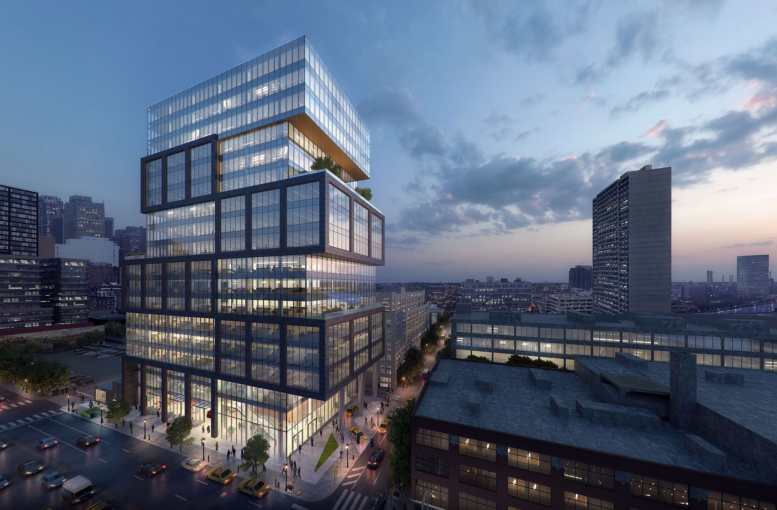 Foundation work is underway at 2222 Market Street, a 20-story, 282-foot office tower and number 24 on Philly YIMBY’s December 2020 Development Countdown. Designed by Gensler and developed by Parkway Commercial Properties, the project is located in booming Center City West. The bulky tower will feature 329,100 square feet of floor area, 4,274 of which will be devoted to two retail spaces. The office component of the project will measure 324,826 square feet and will offer 47 parking spaces. Spaces for 14 bicycles will be located at the rear of the tower, with ten more at the western edge of the property.

The tower’s stacked-box design will stand out on the relatively uniform west Market Street skyline. A plaza and drop-off area will be situated on the western side of the property. 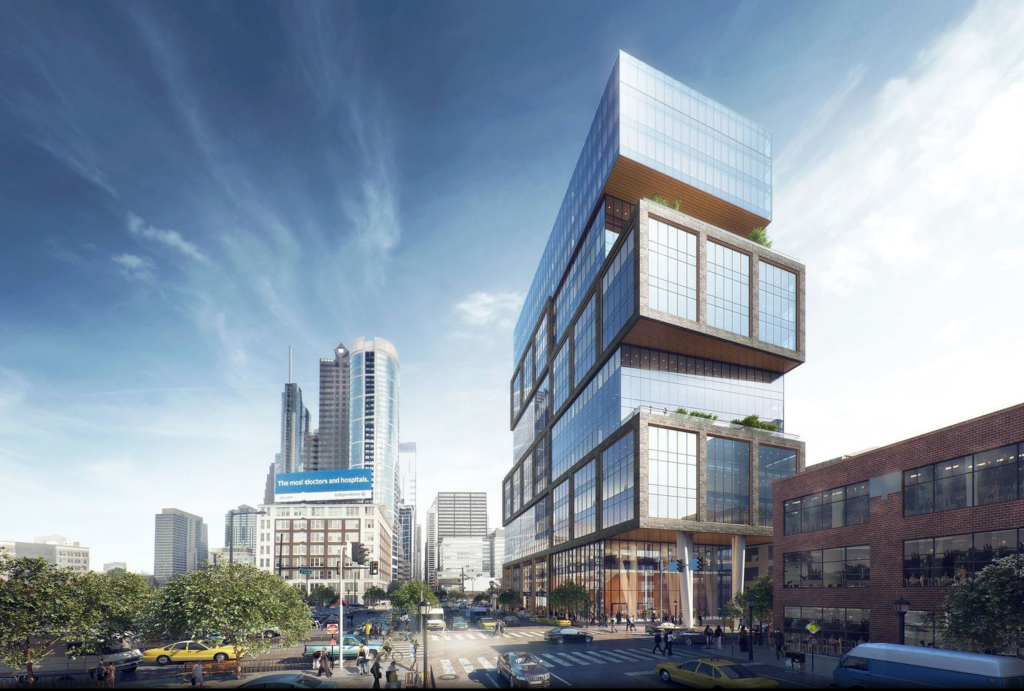 Rendering of 2222 Market Street via Gensler.

Groundwork and drilling is currently in progress. Once completed, the building will join the two-towered Riverwalk on the western portion of the Center City skyline, as well as 2120 Market Street, 33 North 22nd Street, 2301 John F. Kennedy Boulevard, and a number of other high-rise structures, filling in the void between Center City and University City. 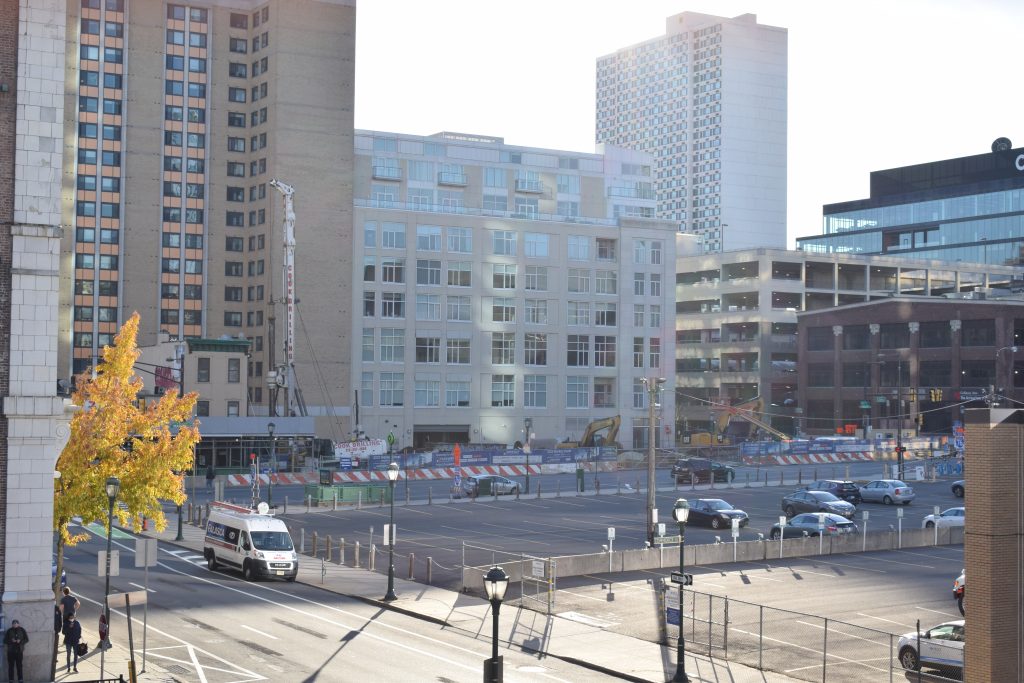 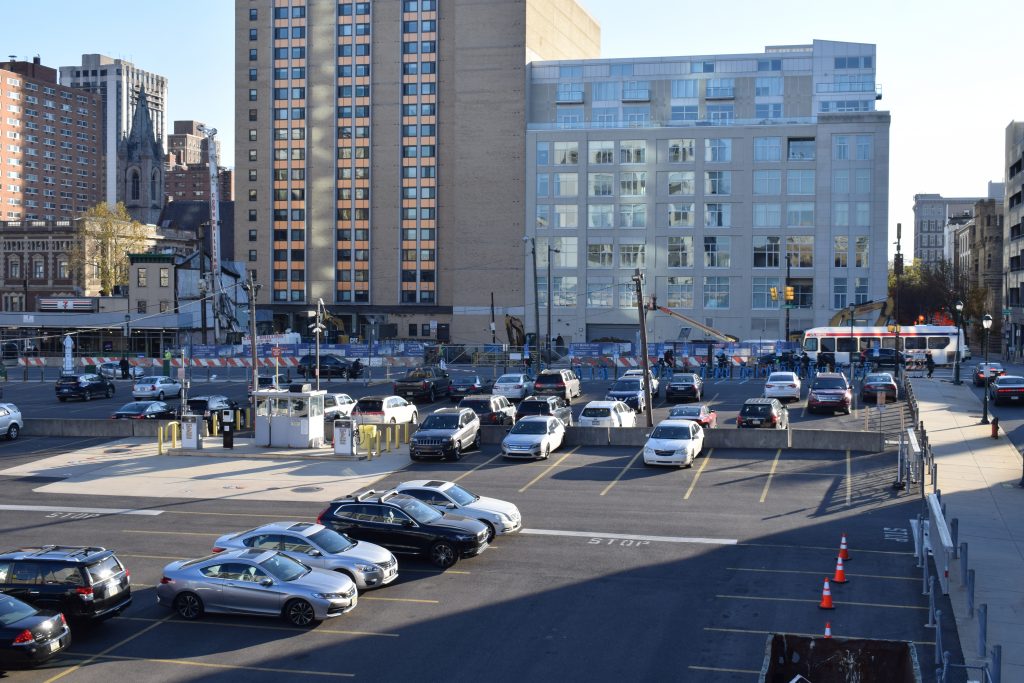 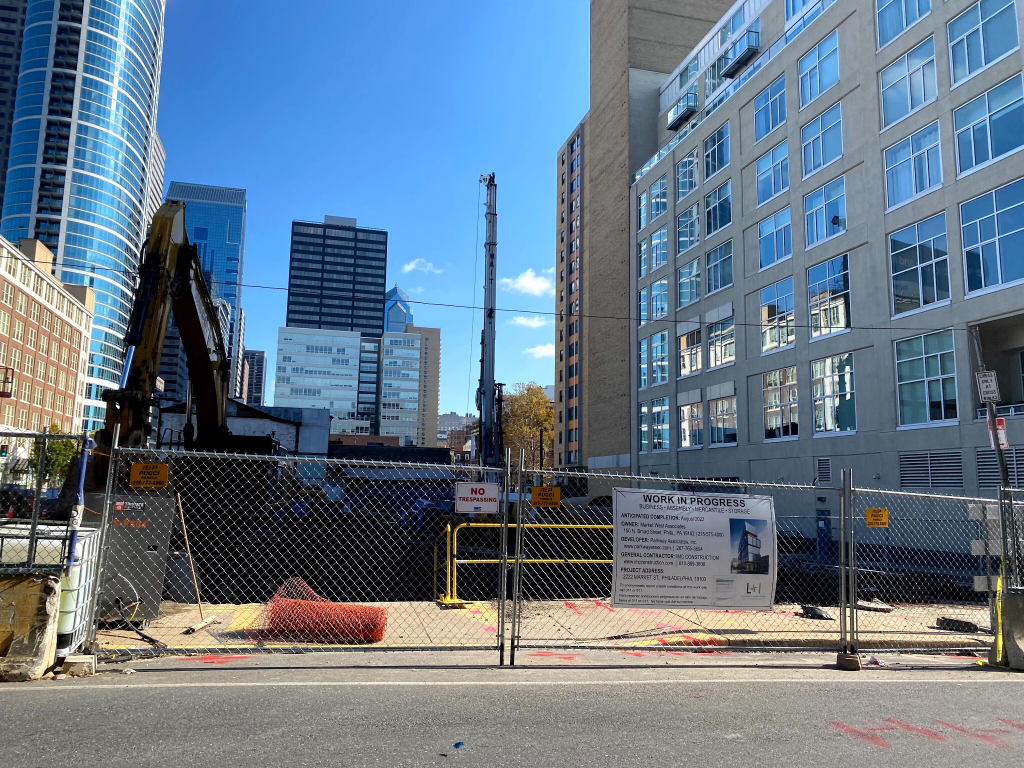 2222 Market Street is anticipating a completion date of August 2022.