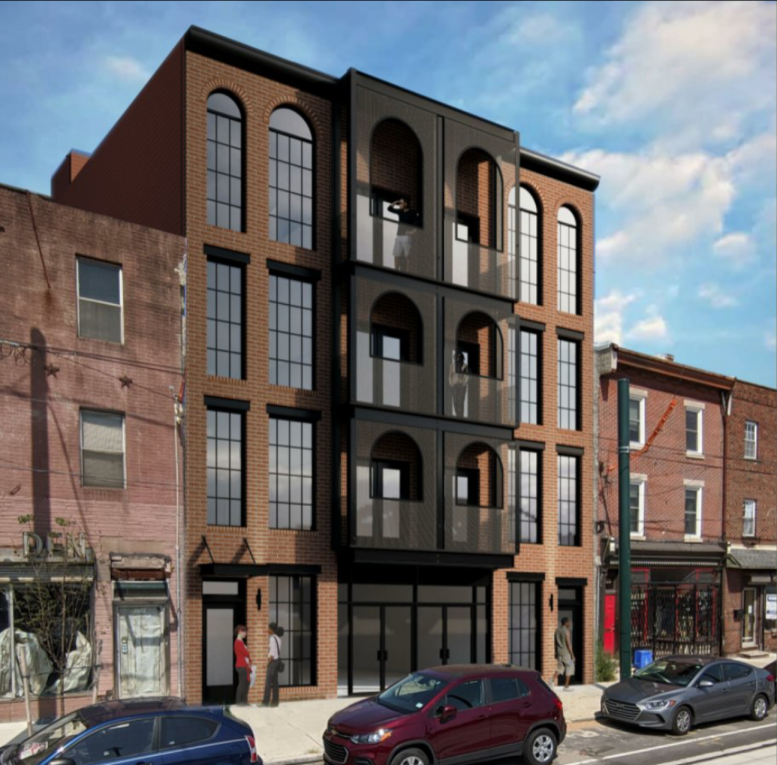 Permits have been issued for a four-story, ten-unit residential building at 2966-68 Richmond Street in Port Richmond, Kensington. Designed by KJO Architecture, the development will feature rental apartments and a commercial space on the ground floor. Construction costs are estimated at $1.6 million.

The industrial-styled structure will feature large, loft-style windows and a stately brick façade. Balconies run up the middle of the structure, accented with black coloring. Windows on the fourth floor feature arches. 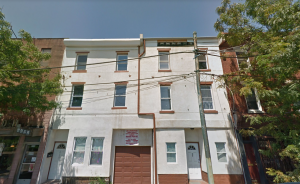 The building will replace a pair of three-story rowhouses with white stucco façades. The added density and height, addition of a commercial space, and reduction of a curb cut on a busy sidewalk demonstrates an improvement for the current occupancy of the site.

This project is one of many that have been proposed in the neighborhood in recent months. The explosive growth south of the freight rail tracks in East Kensington, Olde Richmond, and Fishtown seems to have made the jump to Port Richmond, which is also seeing a large amount of new proposals, notably along the Richmond Street commercial corridor, which holds a variety of businesses and restaurants.

Be the first to comment on "Permits Filed for Ten-Unit Mixed-Use Structure at 2966-68 Richmond Street In Port Richmond, Kensington"