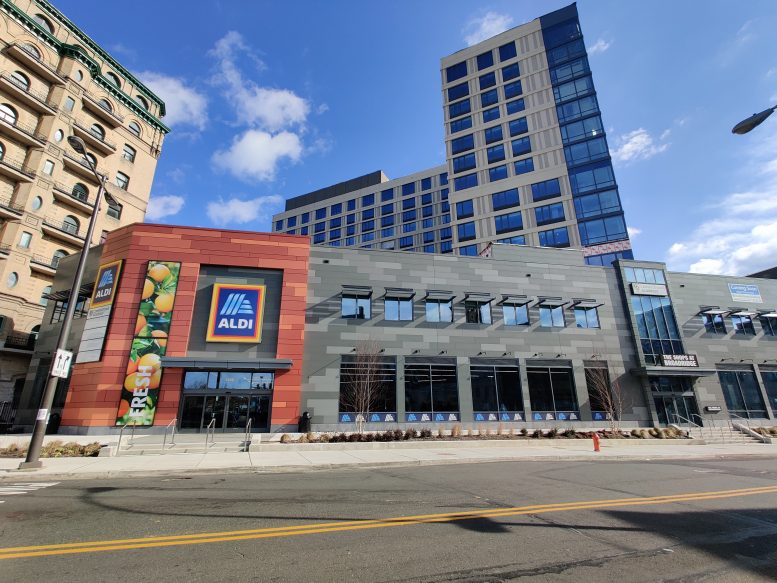 1300 Fairmount Avenue has opened for business and occupancy as exterior work on the 14-story, 487-unit mixed-use development wraps up in Poplar, North Philadelphia. Designed by Cope-Linder Architects and developed by RAL Development, the 185-foot-tall building stands prominently over the predominantly residential neighborhood. Two of the floors house retail space, anchored by an ALDI supermarket, and a parking garage occupies the structure’s eastern section. 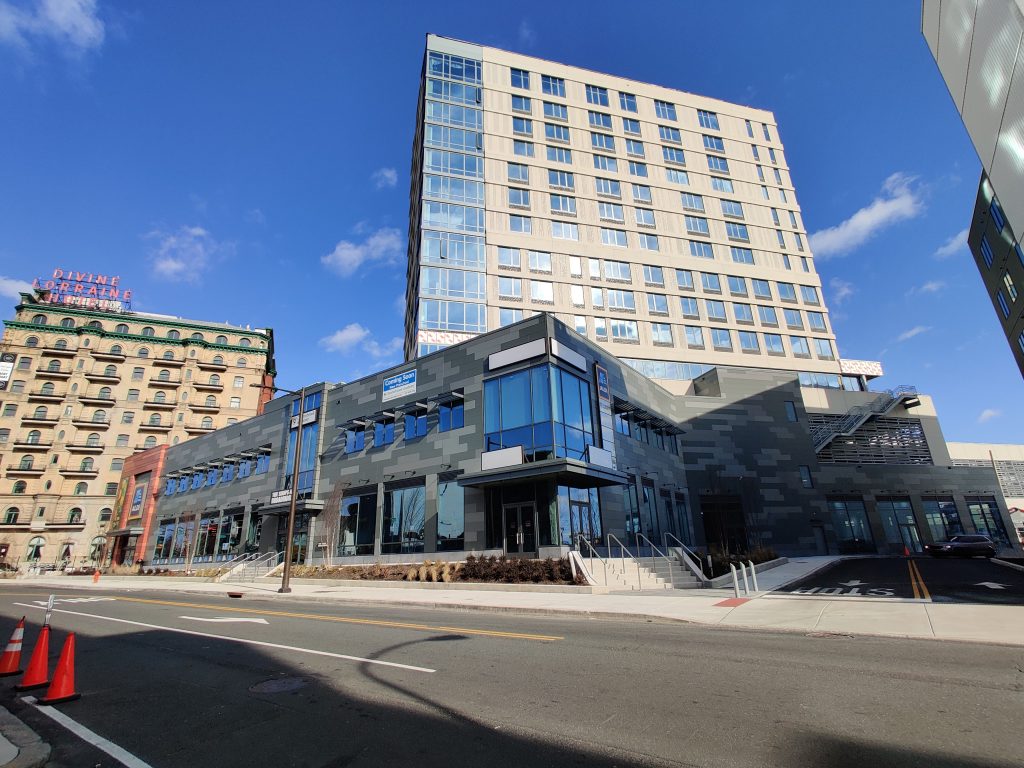 The tower rose from an expansive, mostly vacant lot next to the Divine Lorraine Hotel at 699 North Broad Street, which was renovated into apartments several years ago. The project went through several iterations since it was revealed in 2015. The original proposal was larger both in height and interior space, slated to stand 238 feet and 21 stories tall, with floor plates extending further to the south. The current iteration was designed around the beginning of 2018. 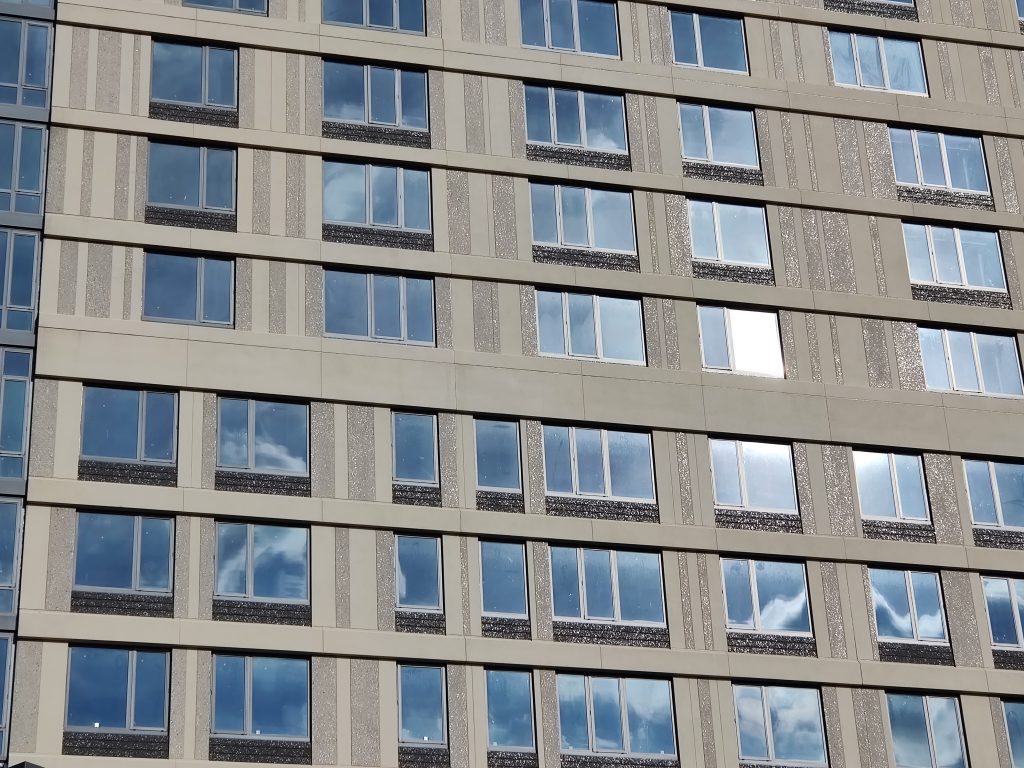 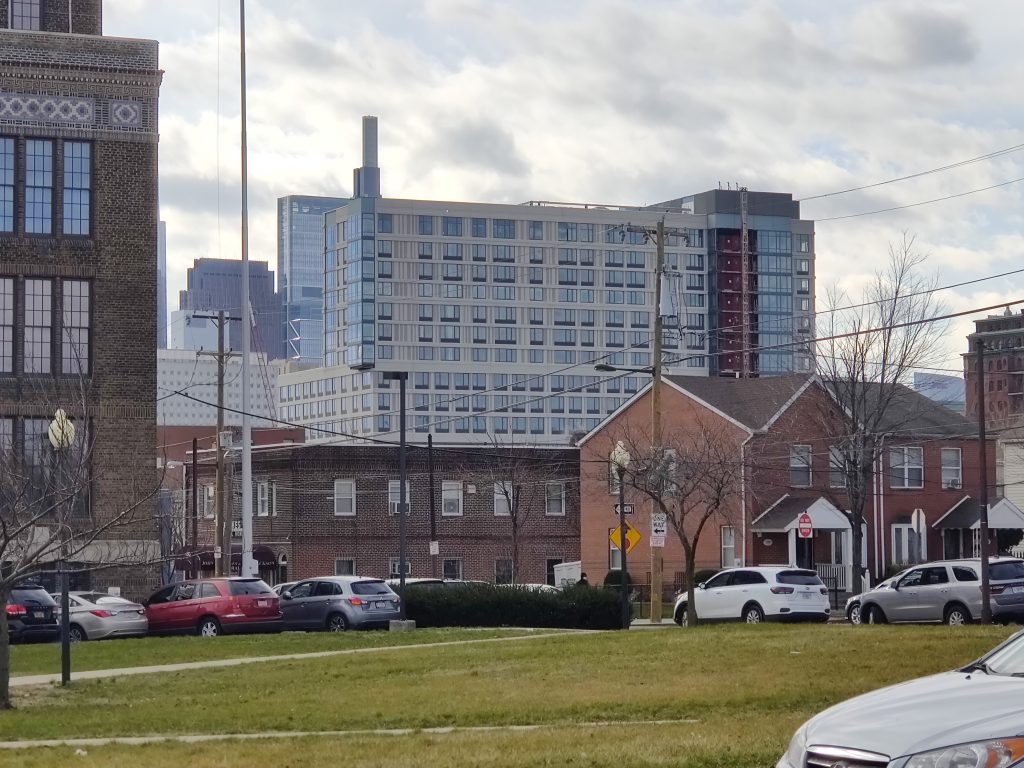 The project broke ground in September 2018, the reinforced concrete foundation was finished by the following June, and the superstructure topped out in July 2020. By the time of our last update in November 2020, most of the façade installation had been completed. The building is now partially open, with the supermarket serving customers and residents apparently using the building and the parking garage, though a construction elevator remains attached to the building’s north side.

The building is one of the largest structures in the neighborhood, which has recently seen a large number of permits filed for smaller structures.

Be the first to comment on "1300 Fairmount Avenue Welcomes Residents and Shoppers in Poplar, North Philadelphia"