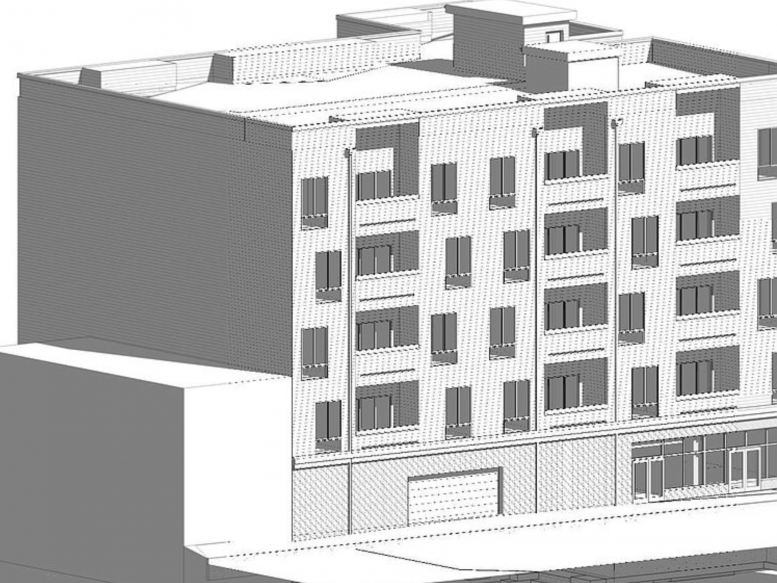 Permits have been issued for the construction of a five-story mixed-use structure at 1731-39 Tilghman Street in Norris Square, North Philadelphia. The 34,119-square-foot building will feature 28 apartments, with 16 two-bedroom and 12 one-bedroom units. The property will also include 17 parking spaces and 11 bike parking spaces, as well as ground-floor retail space. 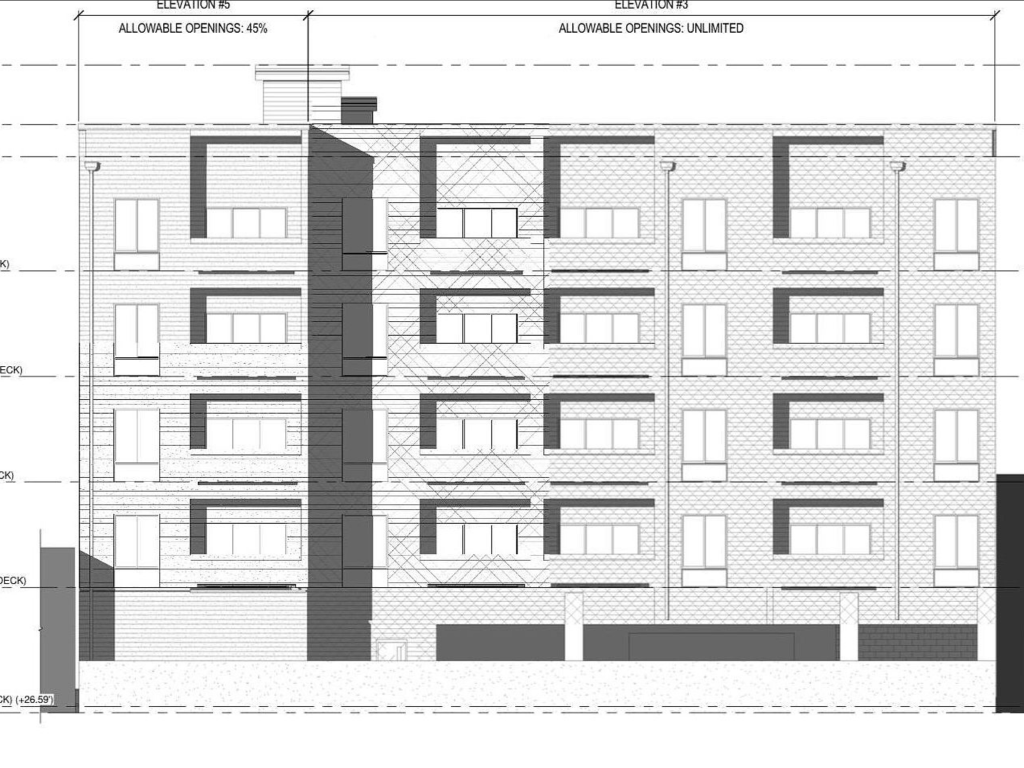 While renderings are not in color, they still a general indication of the structure’s form. The building will feature an irregular fenestration with a staggered grid of small windows, along with several columns of stacked balconies. The ground-foor retail area will be clad in floor-to-ceiling glass. Next to this, a mostly blank wall with a garage door will present the entrance to the parking amenities. 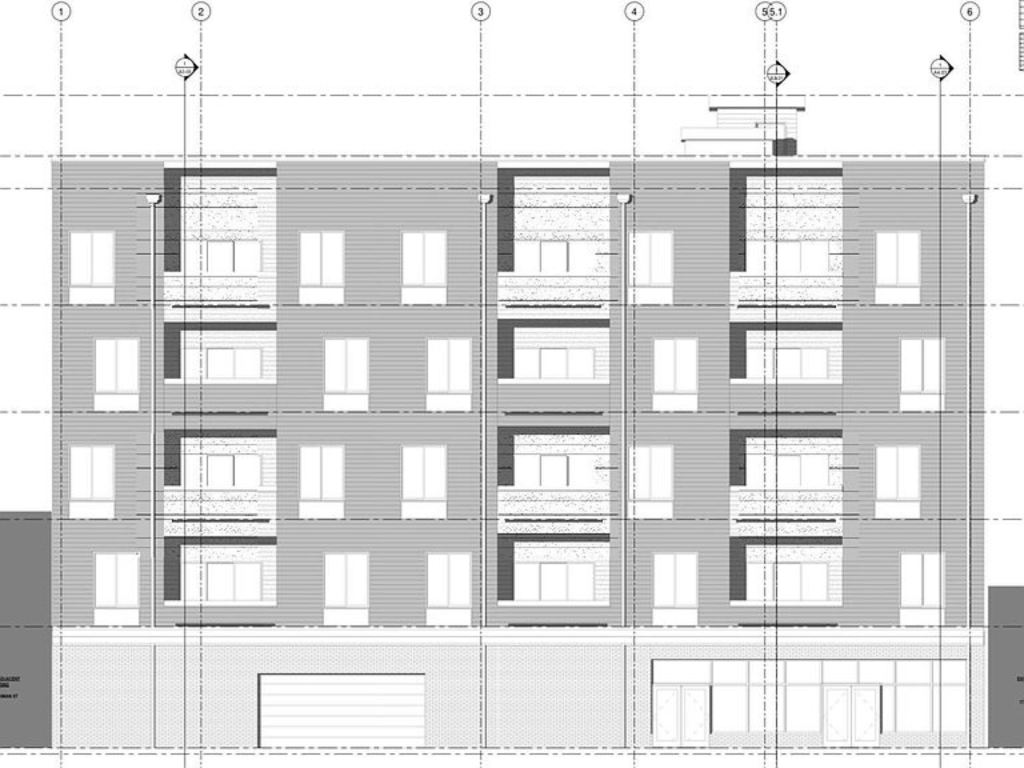 Tilghman Street is a rare diagonal in the relatively straightforward grid of Norris Square. The street comes off of 2nd Street and runs two blocks in a northeastern direction before concluding at North Hancock Street. Across its two-block span, the street features almost entirely old one- to two-story industrial structures with the exception of just a few row homes. The new multifamily structure will greatly benefit the small stretch of road, bringing in new density to the otherwise barren street as well as pedestrians to the commercial space. 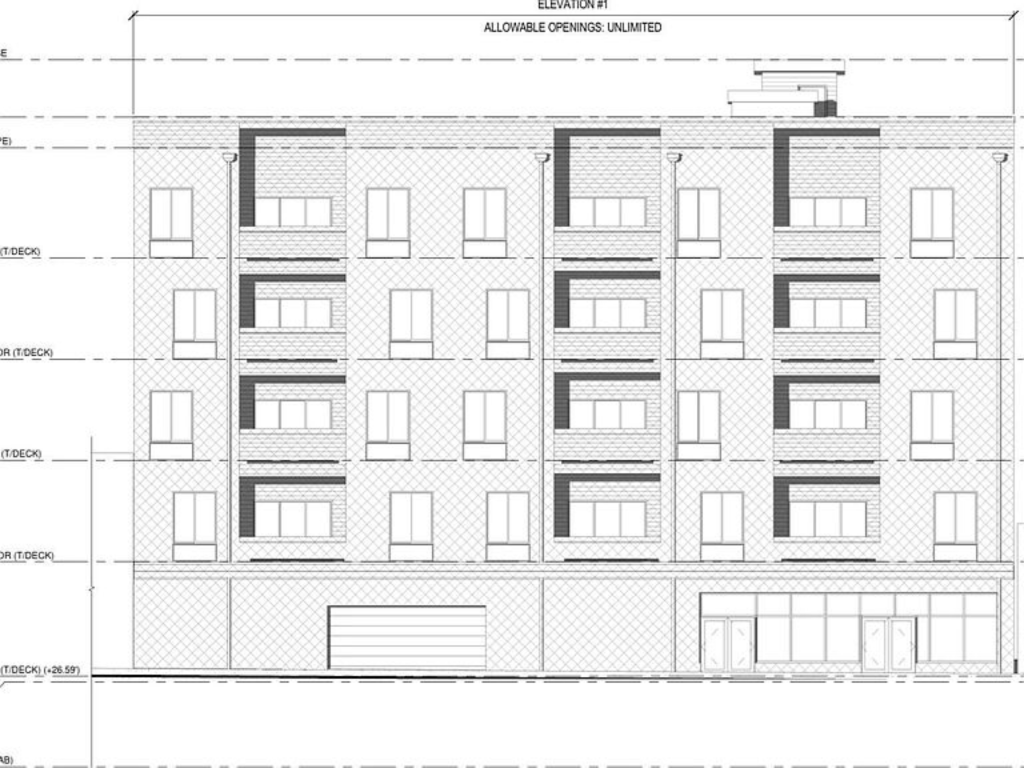 The property is currently occupied by a one-story industrial building with a bland concrete façade. The actual structure only takes up about one-third of the property, with the rest taken up by an enclosed courtyard filled with old cars and other forms of scrap metal. 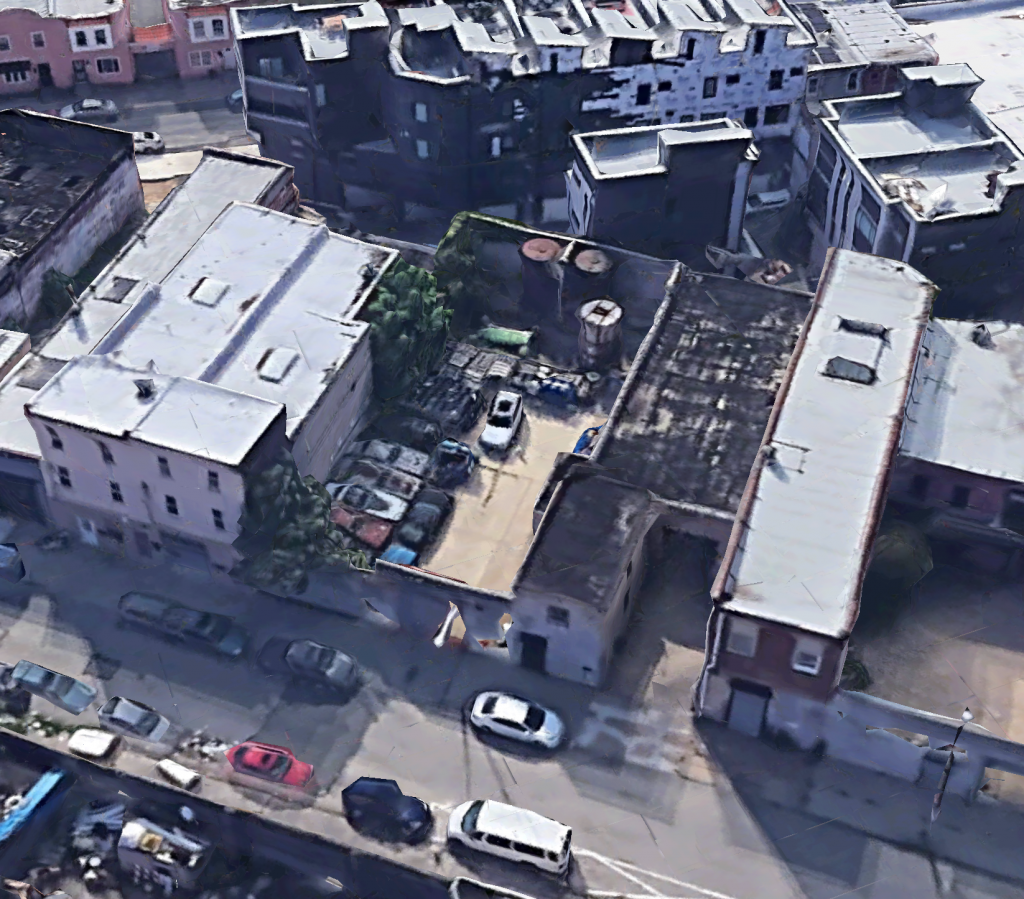 New construction is certainly not a rarity in the neighborhood, with examples on almost every block in the area, including directly to the rear of the project.

The building is expected to cost $2,729,520 to build. A completion date is not known for the project.

Be the first to comment on "Permits Issued for 28-Unit Structure at 1731-39 Tilghman Street in Norris Square, North Philadelphia"