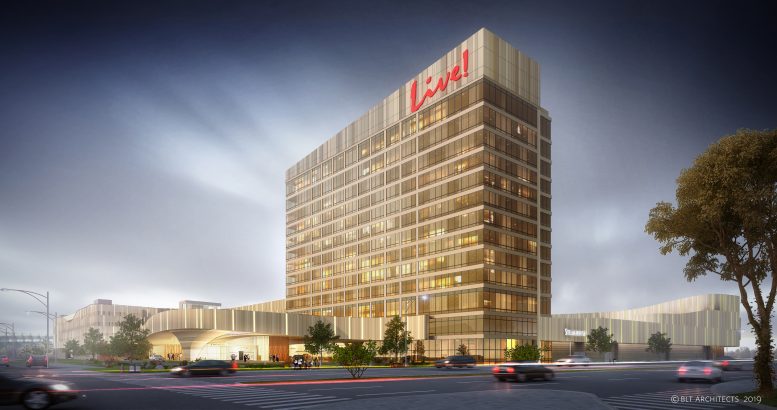 Live! Casino and Hotel via The Cordish Companies

Work is nearing completion on the Live! Casino and Hotel at 900 Packer Avenue in the Sports Complex district in South Philadelphia. Designed by Bower Lewis Thower Architects and developed by The Cordish Companies and Greenwood Racing and Entertainment, the project replaced another hotel that stood on the site just to the northeast of Citizens Bank Park for over four decades. The new complex, which has been under construction for over two years, will offer 1.5 million square feet of space in the three-story casino and 14-story hotel tower, which, at 215 feet tall, rivals the nearby stadiums in prominence. The casino will feature 2,200 slot machines and 15 live action table games, while hotel will provide 215 rooms. The project’s opening is anticipated next month.

Live! Casino and Hotel will be Philadelphia’s second casino, following Rivers Casino (formerly known as Sugarhouse Casino), which opened in 2010 on the Delaware River waterfront in North Philadelphia. 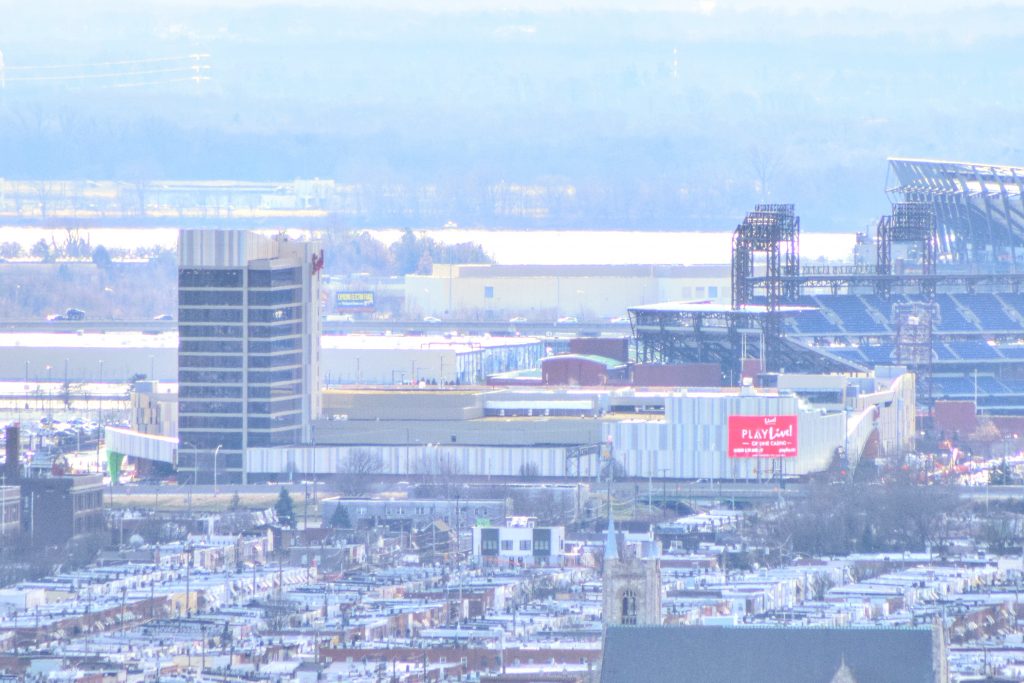 Live! Casino and Hotel from Arthaus. Photo by Thomas Koloski

By the time of Philly YIMBY’s last update, the façade had completely enclosed the concrete structure, with the casino floors partially enveloped and interior work underway. The logo was lifted into position on the west side of the building shortly before the update. Much of the façade had finished up construction in recent weeks. 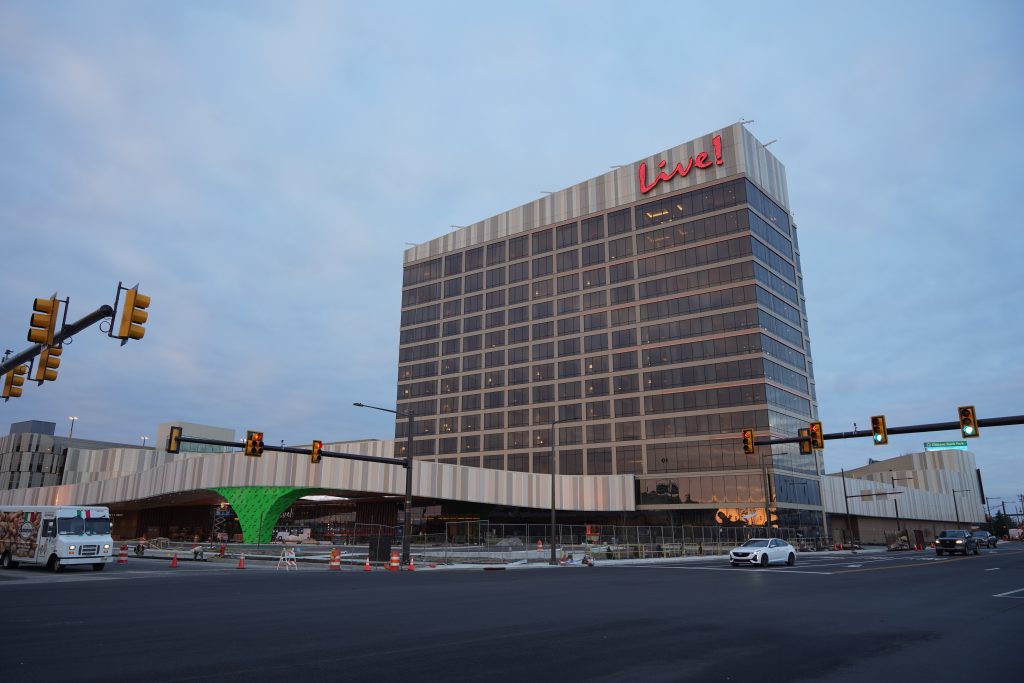 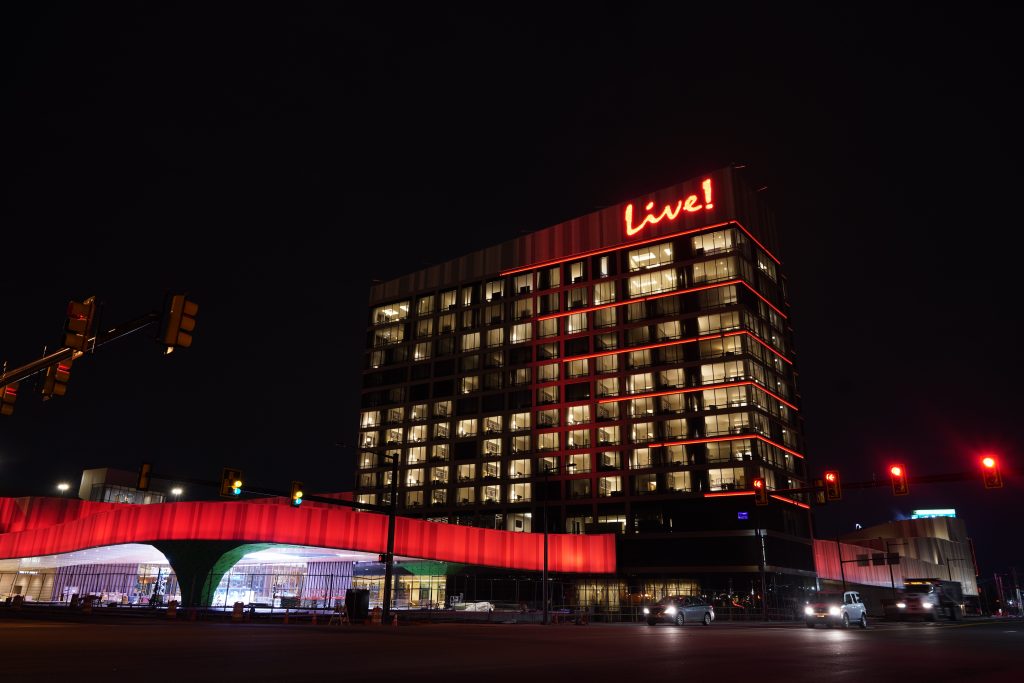 Live! Casino and Hotel at night. Photo by Andy D’Angelo 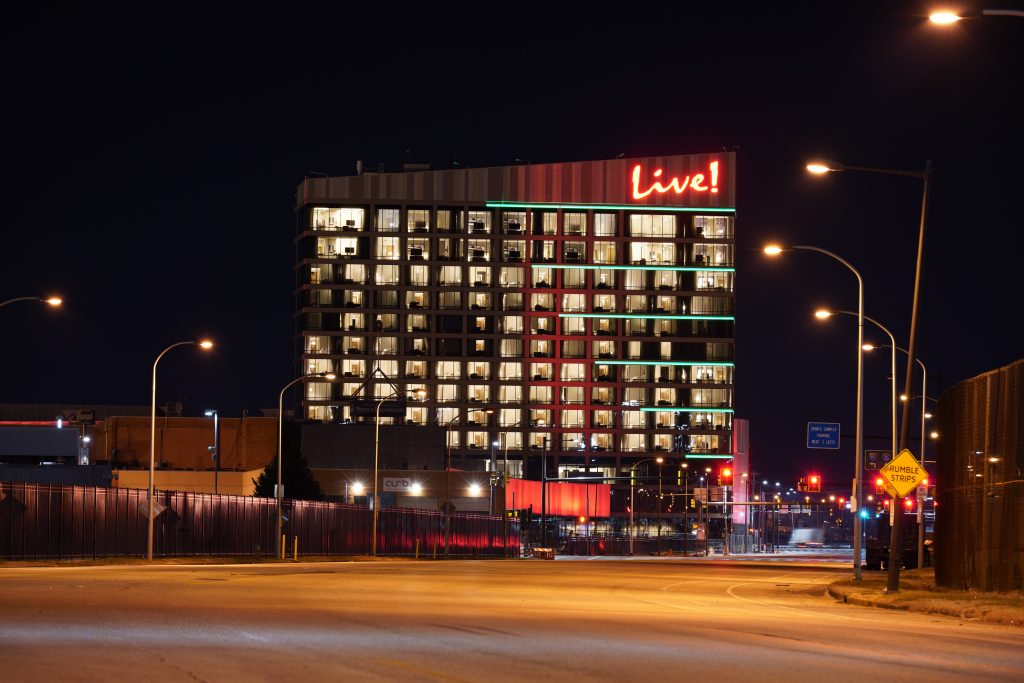 The building’s construction is in its final stages, with sidewalks around the project having been recently poured, the interiors nearly complete, and the exterior shaping up just like the renderings.

The casino is planned to open on February 11.