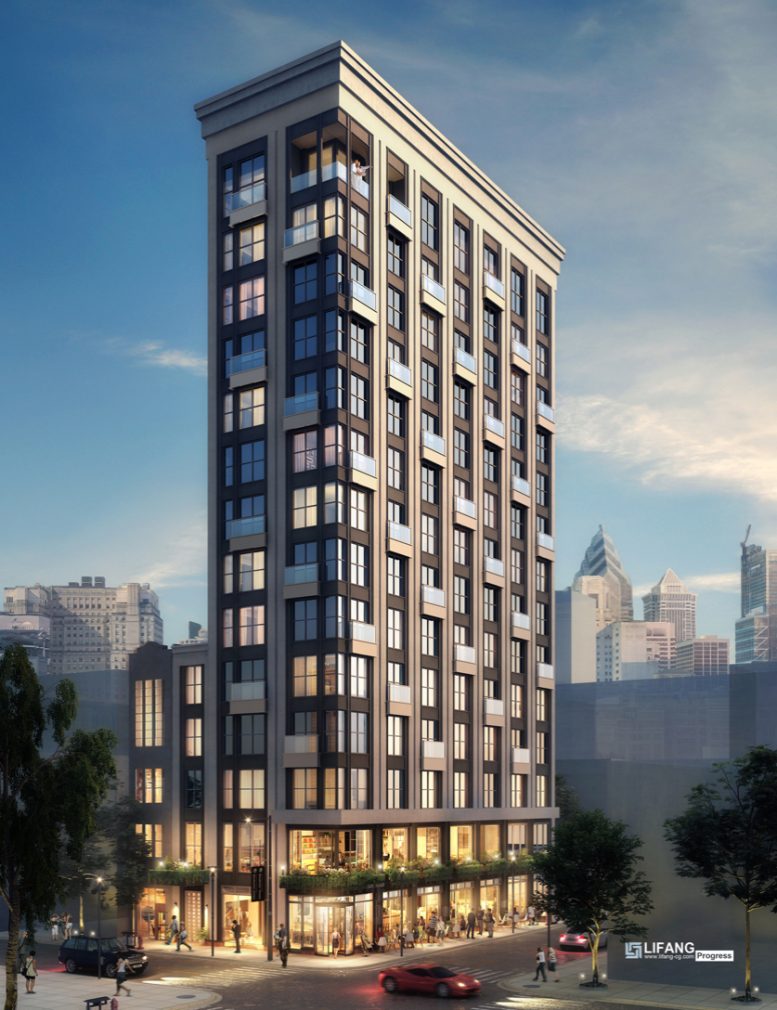 Rendering of The Blue Ivy Hotel Via Das Architects.

The Market East section of Center City is rapidly transforming with a number of developments currently proposed, notably on the 1100 block between Walnut Street and Sansom Street, where three high-rise buildings are in the works. The shortest of the trio is the 200-foot-tall, 86-unit Blue Ivy Hotel proposed at 122 South 11th Street. Designed by DAS Architects and developed by Estia Group, the structure will be located at the southwest corner of South 11th Street and Sansom Street and will rise 14 stories.

Blue Ivy Hotel with the Philadelphia skyline. Photo and model by Thomas Koloski

The new tower will replace three properties, with two of the existing structures at 122 and 124 South 11th Street to be demolished. Apparently, the façade of the building at 126 South 11th Street will be incorporated into the new building. The structure’s height will create a stepping-up effect between the low-rise surroundings and the two taller buildings proposed on the block, with 1101 Walnut Street, which will rise 259 feet tall, and 12 + Sansom at 123 South 12 Street, which will stand 306 feet tall. 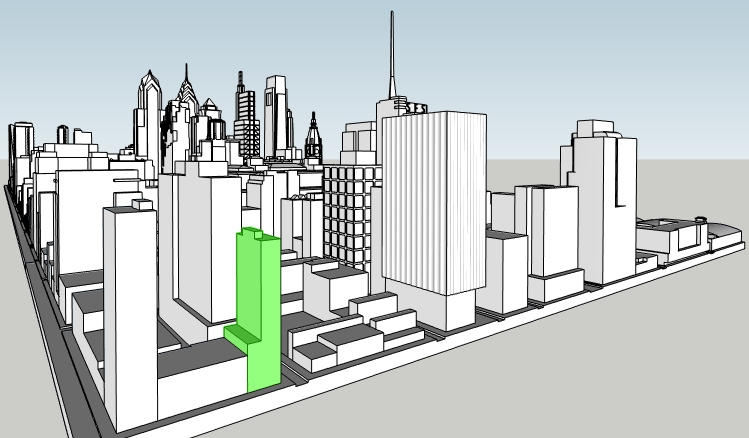 The three buildings will use a mixture of stone and glass cladding, blending into the neighborhood. The Blue Ivy Hotel will stand out with a pattern of balconies on the north and east façades. The building will likely have a core flush with the south face of the slim structure.