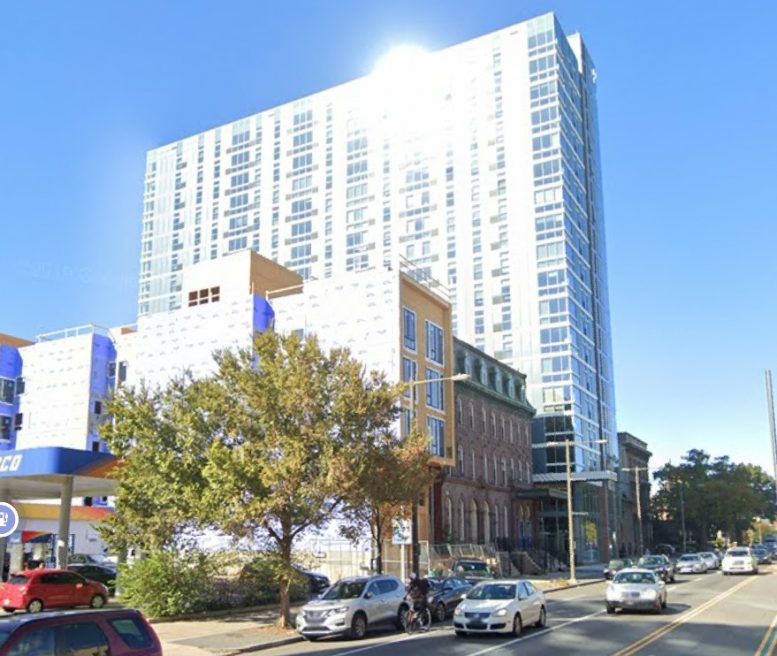 The latest addition to the Temple University area skyline is The Nest, a 215-foot-tall, 17-story student housing building at 1324 North Broad Street in Cecil B. Moore, North Philadelphia. Designed by the Philadelphia-based Cecil Baker + Partners and developed by developed by Brock Development Group, the development provides 192 units of student housing, which can accommodate up to 500 students. The first floor features retail space, while the second floor holds amenity space, a fitness center, lounges, and an outdoor terrace. 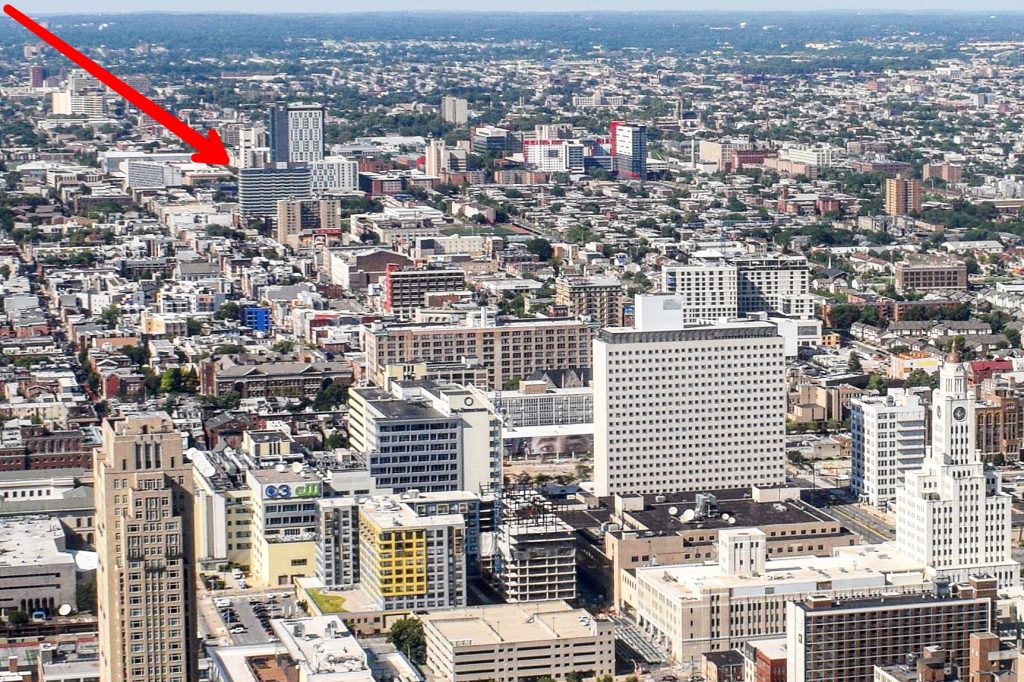 The Nest from One Liberty Place. Photo by Thomas Koloski

The proposal was revealed in late 2016 without renderings. In July 2017, equipment arrived at site and demolition of a small one-story structure on the lot was in progress. A few months later, in October, renderings of the final design were revealed while foundation work was underway, along with caisson installation.

The foundation was dug a few months later and the tower crane was assembled in December. The structure stood several stories above ground by spring and topped out at the end of August 2018. By that time the glass was over halfway up. Glass rose to the top a few months later. Interior work was completed in time for the opening in August 2019, just before the start of classes.

The building is among the many high-rise developments in various stages of progress along lower North Broad Street between Temple University and City Hall.

3 Comments on "The Nest at 1324 North Broad Street Improves Density in Cecil B. Moore, North Philadelphia"