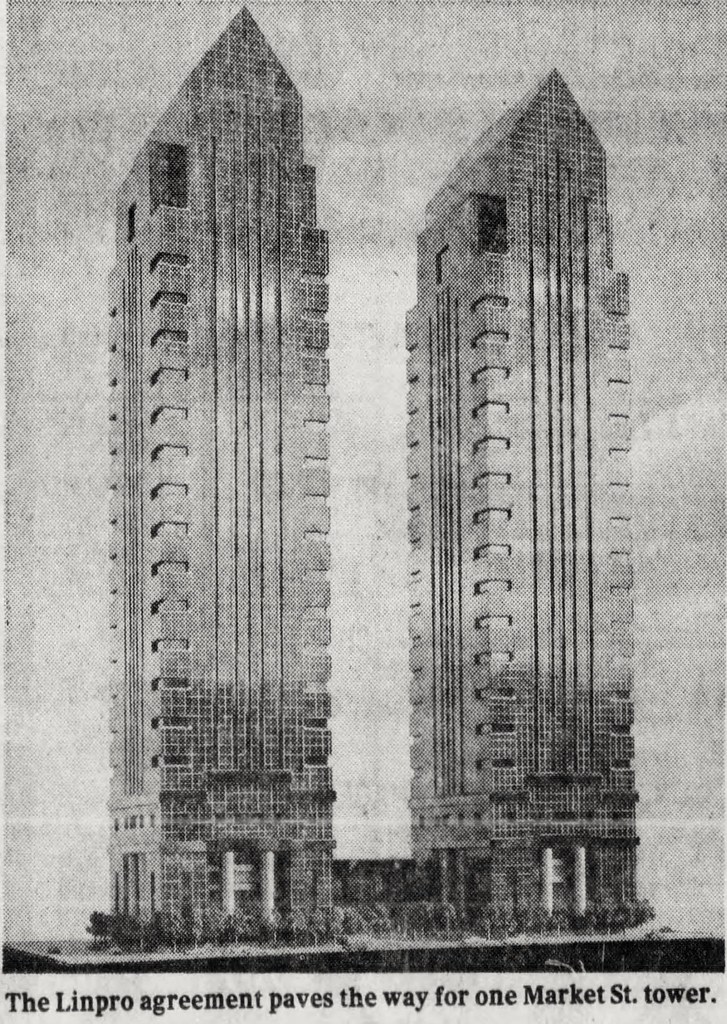 If both of the towers were built by 1990, they would have given the skyline a modern look, with sharp angled cuts of the dark toned tower bringing a contrast to the west side of the Center City skyline.

The tower was ready to rise to accommodate its anchor tenant, the law firm Blank Rome Comisky & McCauley. The twin towers were canceled and redesigned in 1989 to attract more modern tenants at the time. Unfortunately, the developer did not land any anchor tenants for the project, and it was eventually developed in 2015 into a 335-foot-tall residential tower.

Taking a Look At The Drake at 1512 Spruce Street in Rittenhouse Square, Center City