The massive Penn’s Landing Redevelopment project will dramatically transform the Delaware River waterfront south of the Benjamin Franklin Bridge. Developed by The Durst Organization, the complex will create over 3.6 million square feet of floor space, as well as a 11.5-acre public park. The $2.2 billion project will add 1,834 residential units and a significant amount of office space, while expanding the Center City skyline to the east and likely inviting high-rise growth in the gap between the waterfront and the skyline core.

The development may be seen as an eastern counterpart to the Schuylkill Yards as it is another megaproject consisting of a cluster of towers in an area that rarely sees significant high-rise growth.

The development was unveiled in September of 2020. A concrete structure for a canceled tram line over the Delaware River that was once supposed to connect to the Camden Waterfront was demolished in September, making way for a plaza between the proposed 703-foot-tall tower and the Delaware River. The elevated roadway for the SEPTA buses on Penn’s Landing Road remains in operation.

The ground at the site of the three shorter towers at the western end of the north site is torn up into rubble, with fences up and construction trailers at the site. However, it remains unclear whether the work is done directly for the Penn’s Landing redevelopment. 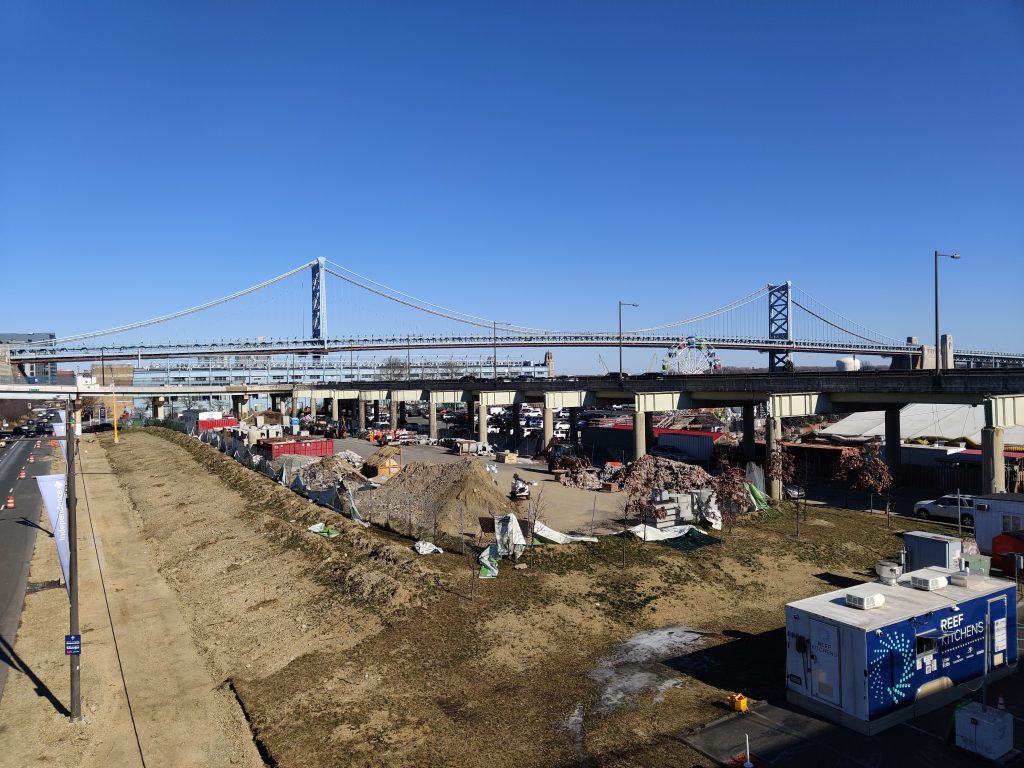 Site for the shorter towers of the Penn’s Landing Redevelopment. Photo by Thomas Koloski 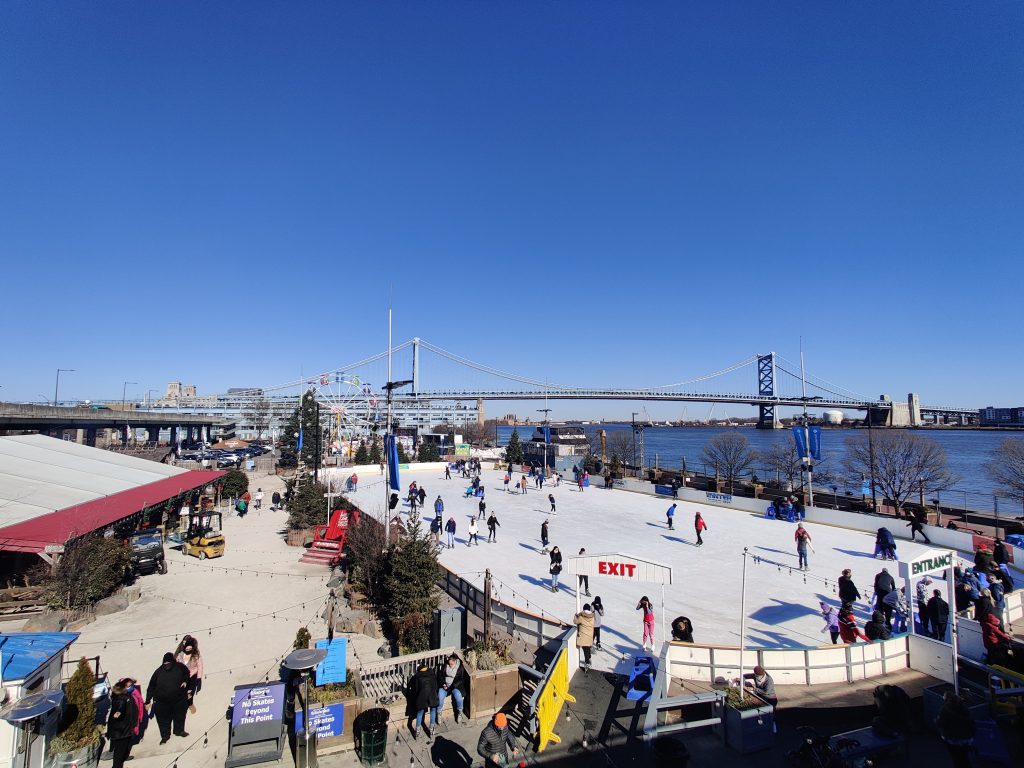 Site for the taller towers of the Penn’s Landing Redevelopment. Photo by Thomas Koloski

The development timeline is projected to span around nine years during four phases, though no construction start date has yet been listed.