Rendering of the building via CDR.

Construction has topped out at the six-story, 463-unit development in progress at 3700 Lancaster Avenue in University City, West Philadelphia. The project will offer ample retail space on the ground floor as well as 157 parking spaces for residents. The building is the northernmost component of the massive uCity Square development, and sits at a prominent location at the junction of Lancaster and Powelton avenues. A pedestrian promenade will run along the building rear.

Aerial rendering of the development via CDR.

YIMBY’s last visit in January found that construction at the western portion of the structure was moving more rapidly than the eastern portion, with framing up to the fifth floor. Since that time, construction at the western section has now reached the sixth floor, with framing complete and window installation in progress. It is likely that that façade installation may begin soon. 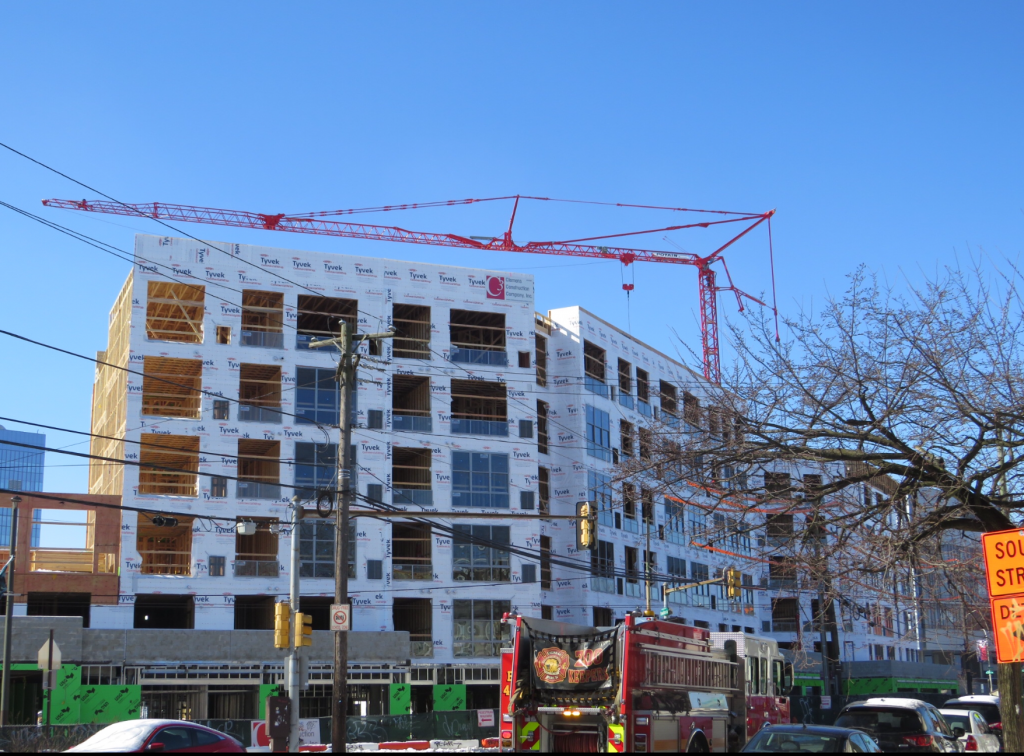 Meanwhile, progress has also been made on the eastern side of the building has began to move forward. In January, the section stood one story high. By now, a second tower crane has been erected on this side of the structure and framing has reached the third floor. 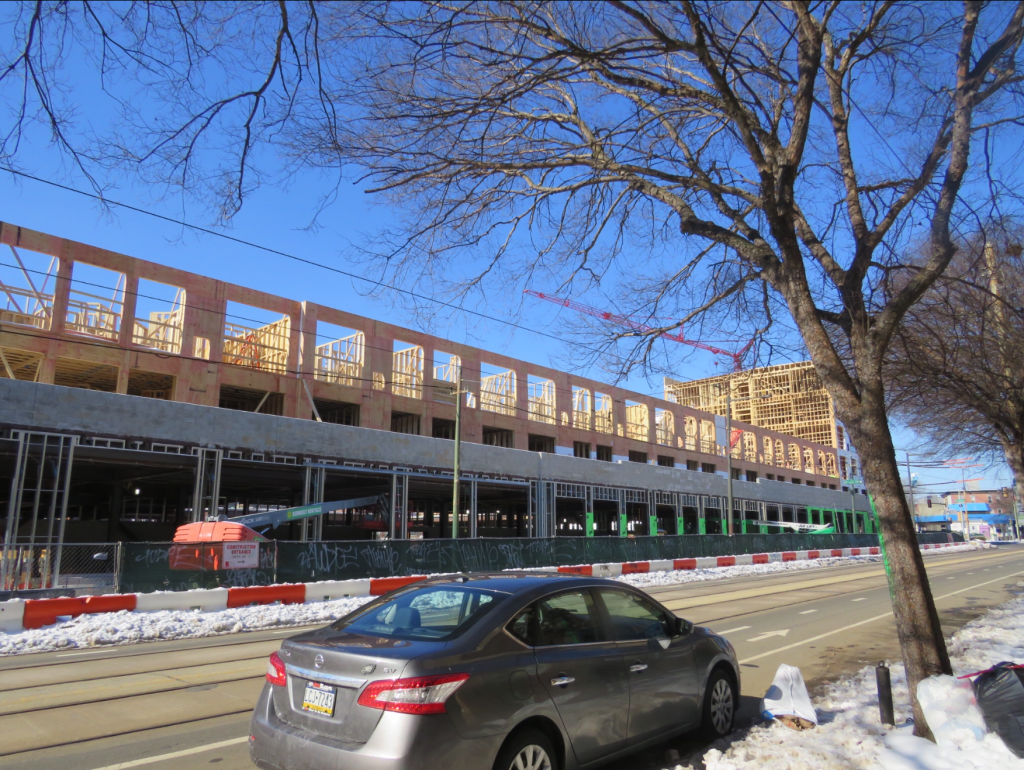 View of the site via Clemens Construction.

Aside from the K-8 school, it appears that 3700 Lancaster Avenue will be the first building in uCity Square to be completed. This is unusual for mixed-use projects of this scale, as residents sometimes tend to postpone moving in due to fears of construction noise being a constant for years. However, as this project shows, such a trend is not always the case.

Given the pace of construction, the building will likely be completed sometime in 2022.

Be the first to comment on "Construction Tops Out at 3700 Lancaster Avenue in University City, West Philadelphia"