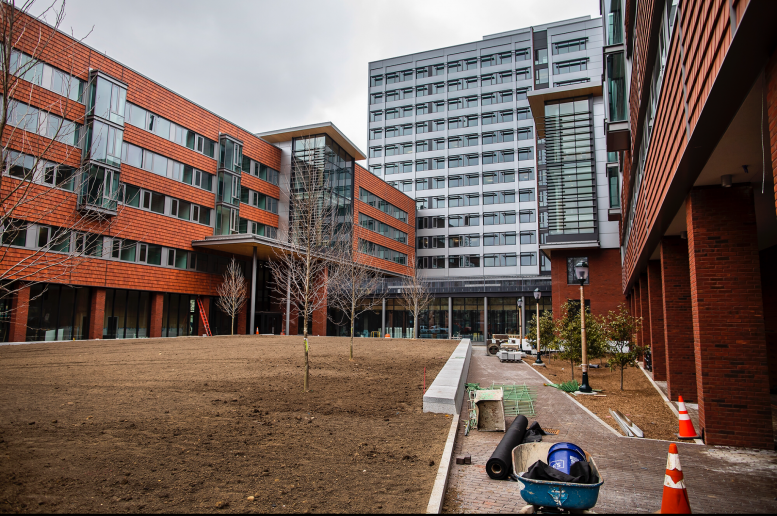 Construction work is wrapping up on Penn’s New College House West in University City, West Philadelphia. Designed by Bohlin Cywinski Jackson, the tower rises 12 stories tall at Walnut Street and five stories along Locust Walk. The structure is the University of Pennsylvania‘s latest student dormitory, which will house 450 rooms within 250,000 square feet of space. 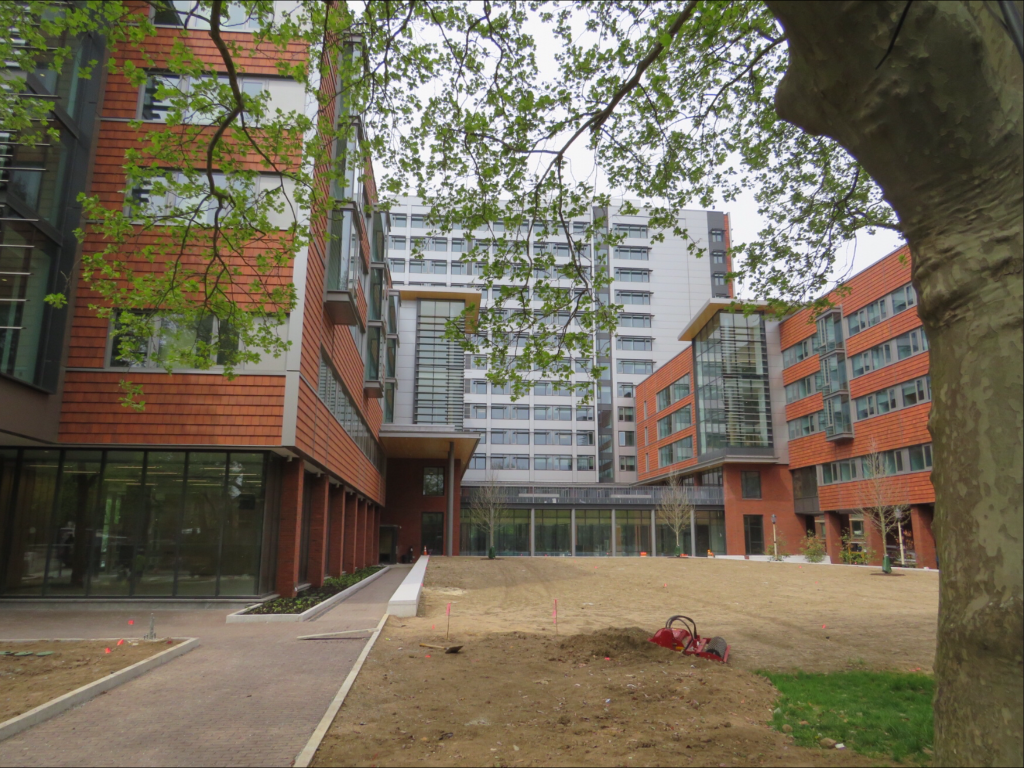 In YIMBY’s last update from January, façade work was being finishing, and since then the exterior has not made significant headway, as it has been largely completed for some time. In the meantime, notable progress has been made on the structure’s interior, with furnishings expected to be completed by August.

The exterior boasts a modern and elaborate design, with the main tower featuring gray cladding, while the lower portion of the tower brings a unique, red-shingled design that matches the rest of Penn’s campus. 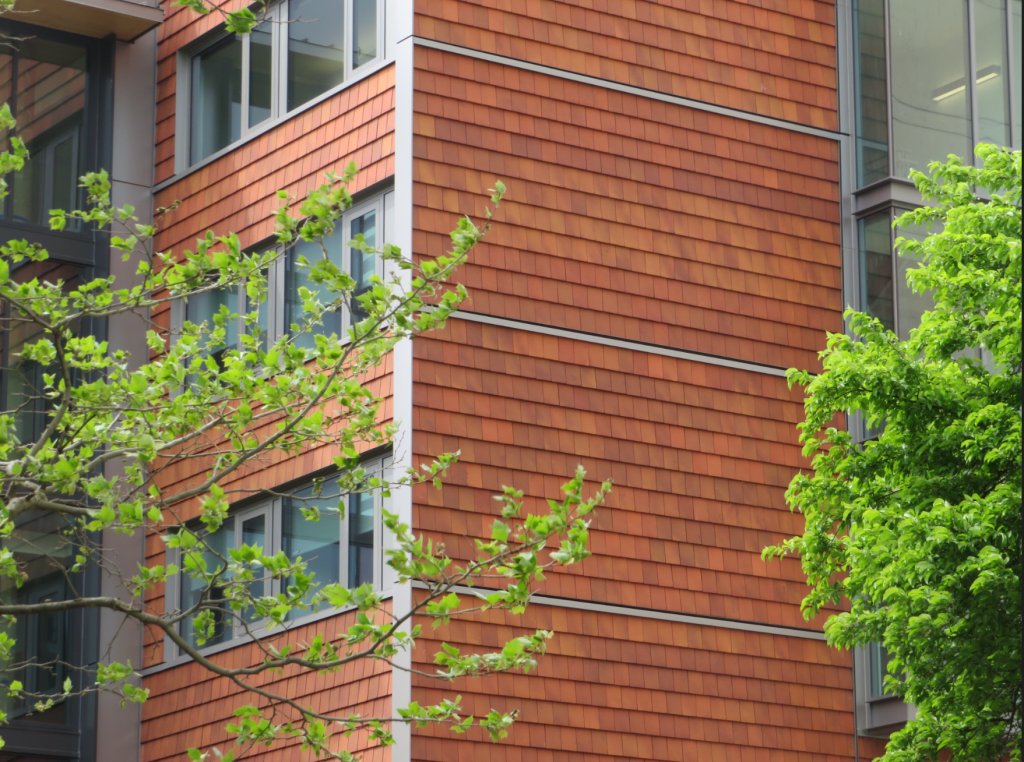 The development also brings new green space along Locust Walk. While the front of the tower along Walnut embraces the urban street wall, the southern side of the structure takes advantage of the campus and pedestrian space and forms a three-sided park, furnished with walkways, trees, and a lawn in the center. Once the trees mature and grow, the area will seamlessly blend into Locust Walk and the rest of the campus. 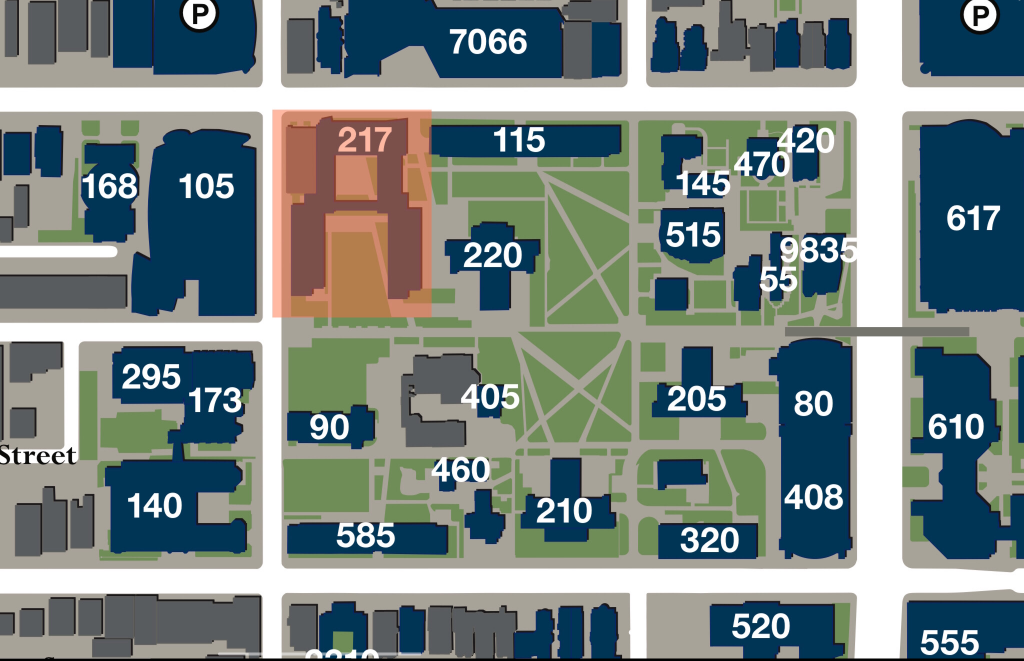 The new tower, highlighted in orange, has already appeared on the university’s campus map, as another sign of its impending completion. The graphic shows how the new building fills a gap at the northwestern edge of the university. Attached to the campus’ spine along Locust Walk, the project also embraces Walnut Street and connects the two. The high-rise is also the latest addition to UPenn’s ever-evolving campus, which counts over 10,000 undergraduates in attendance. The development adds density in close proximity to academic buildings, transit, and numerous stores and restaurants. 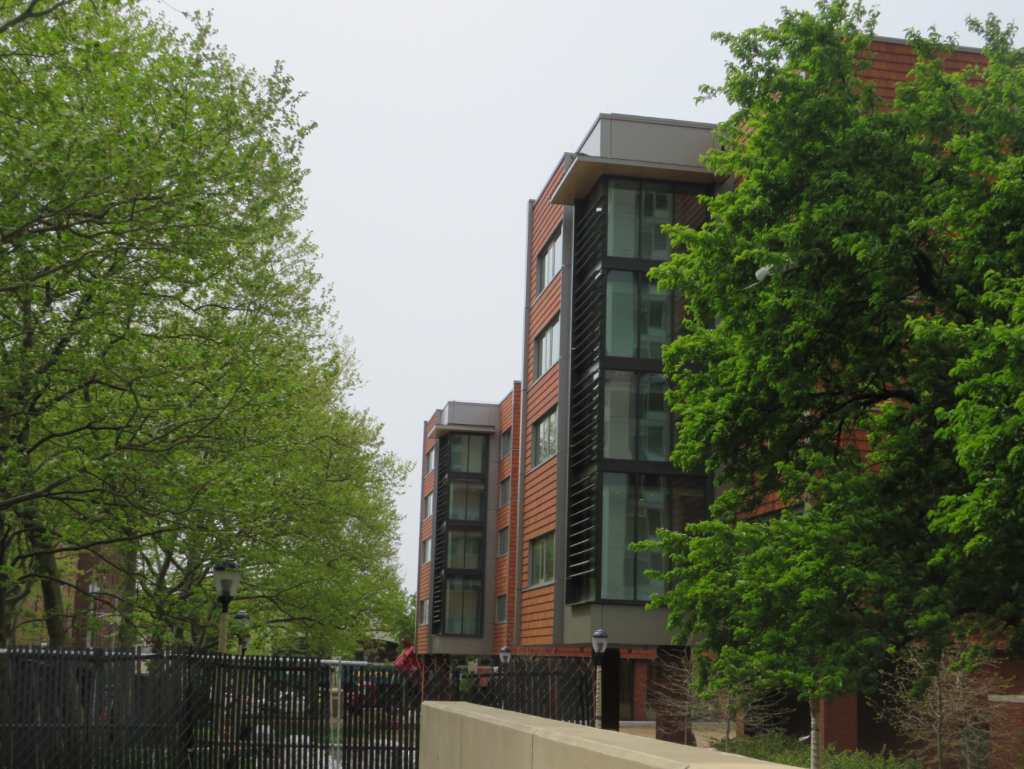 An Ivy League School, the University of Pennsylvania is one of many beautiful colleges located in the city and across the surrounding area, and features also one of the leading urban campuses nationwide. As expected, new development in the area is held to a high standard of design quality, which the new project successfully achieves. The new building will certainly not be the last structure to be added to Penn’s campus, and YIMBY will keep readers updated as more proposals and construction arrives in the area.

The tower is expected to be ready for students in the 2021-22 academic school year.