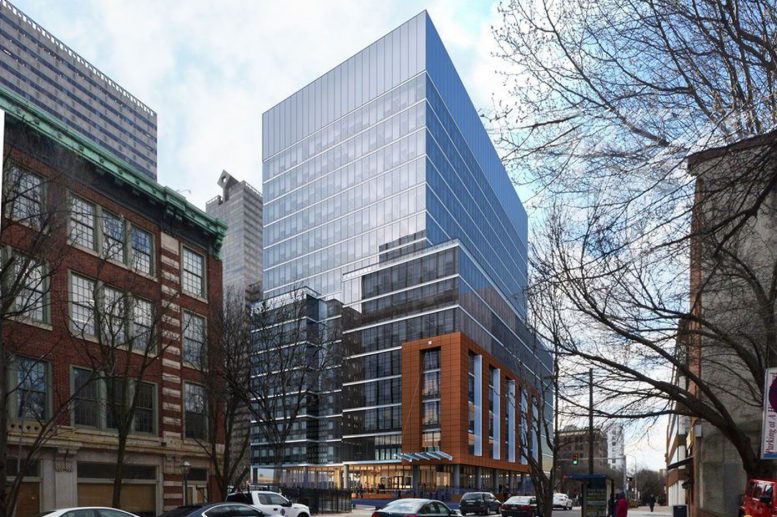 A prewar-style gas station will soon be relocated off the site of the 20th+Arch proposal at 2000 Arch Street in Center City West, where construction could start soon. The proposal will add height and density which, while not significant for the skyline, will be imposing for the area. The vicinity of the site feels empty, even though skyscrapers stand the site just blocks away. The building was designed by L2P, which has crafted the previous iteration for the 12-story Wellshaus project at 918 North Delaware Avenue. The building will stand 15 stories above ground at a possible total height of 260 feet. The property is owned and managed by Parkway Commercial Properties, which also runs a number of parking lots in Center City. 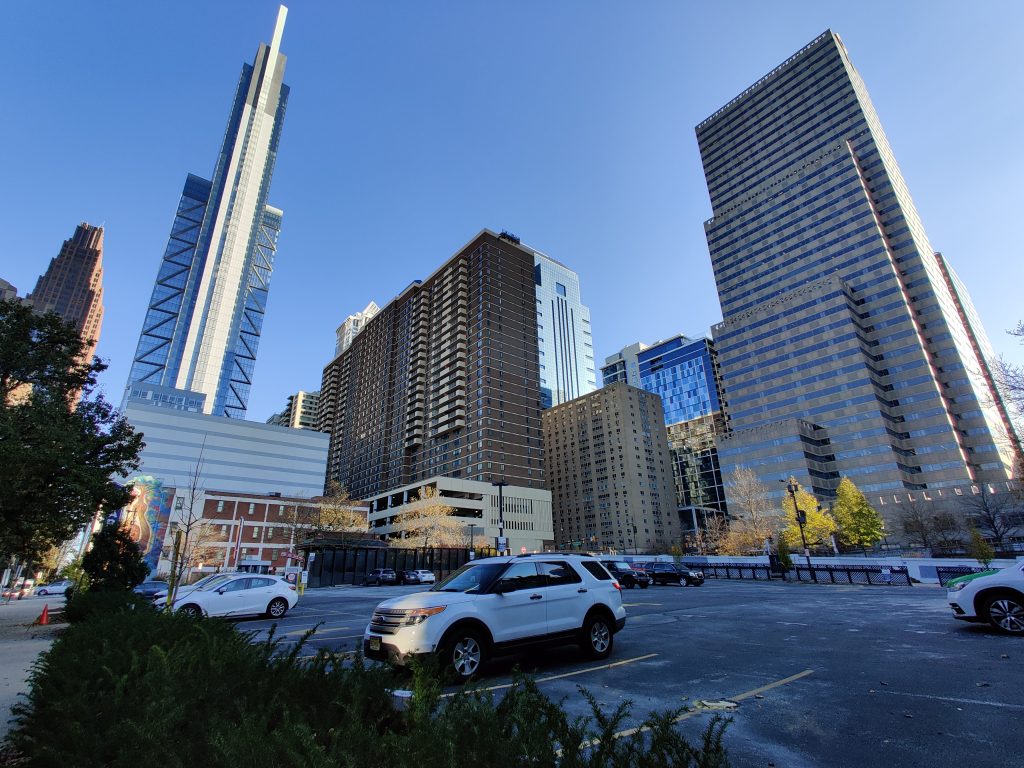 In the last update, not much progress was observed at the parking lot. The old structure sitting along 20th Street has been left intact and unoccupied, as the structure barely takes up any space. The parking lot was still been active, with many parking spots occupied by vehicles.

The building will stand just two blocks away from the tallest structure in the city, the Comcast Technology Center at 1,121 feet tall. 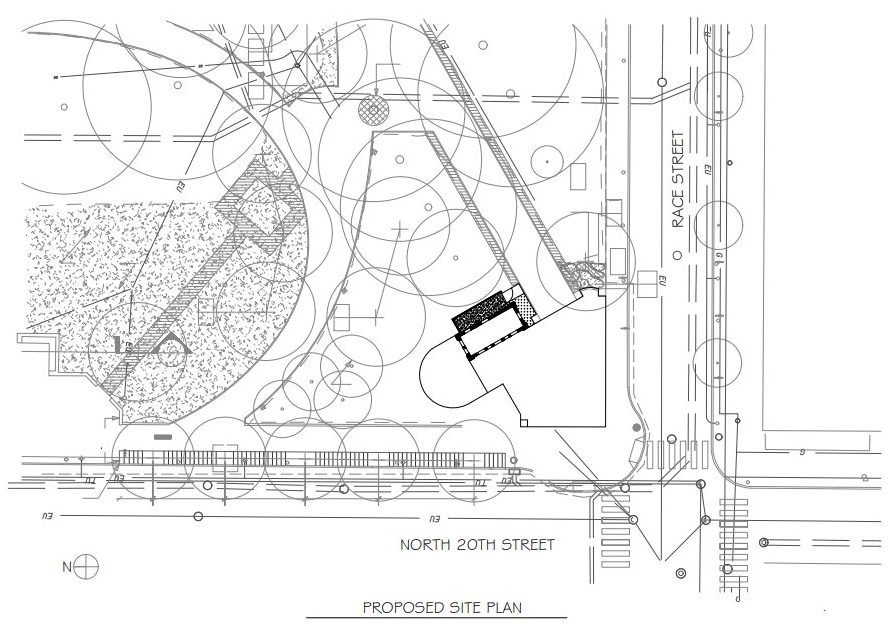 Just recently on April 27th, a Zoom call with the Architectural Committee of the Philadelphia Historical Commission provided a plan to relocate the old structure that still stands on site. The gas station is the best preserved out of all of the other old gas stations that are still located in the city, which have been standing since not long after the initial proliferation of gas stations. The brick structure with a Spanish Colonial design will be relocated to the southwest corner of Aviator Park just across the street from the Franklin Institute.