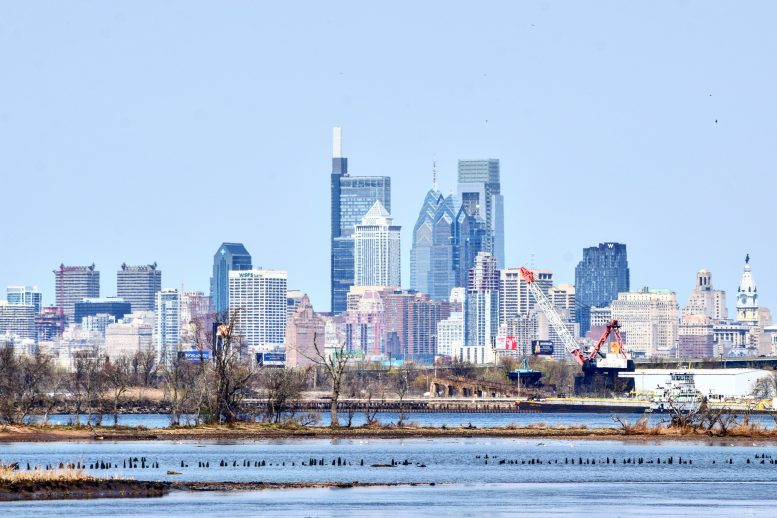 Arthaus in the Philadelphia skyline from New Jersey. Photo by Thomas Koloski

Over the past five years, the Philadelphia skyline entered a new stage where the addition of new high-rise buildings with imposing heights and impressive floor space has greatly elevated the city’s skyscraper profile. The new developments range greatly in height, and includes the city’s first supertall skyscraper, the Comcast Technology Center. The growth that is happening now is nearly as impressive as the 1980s skyscraper boom in Center City, which brought a series of iconic structures with creative designs, such as Liberty Place, the Mellon Bank Center, the Bell Atlantic Tower, and others. Today, Philadelphia YIMBY tracks the rise of the skyline rising from a single location several miles away in New Jersey. 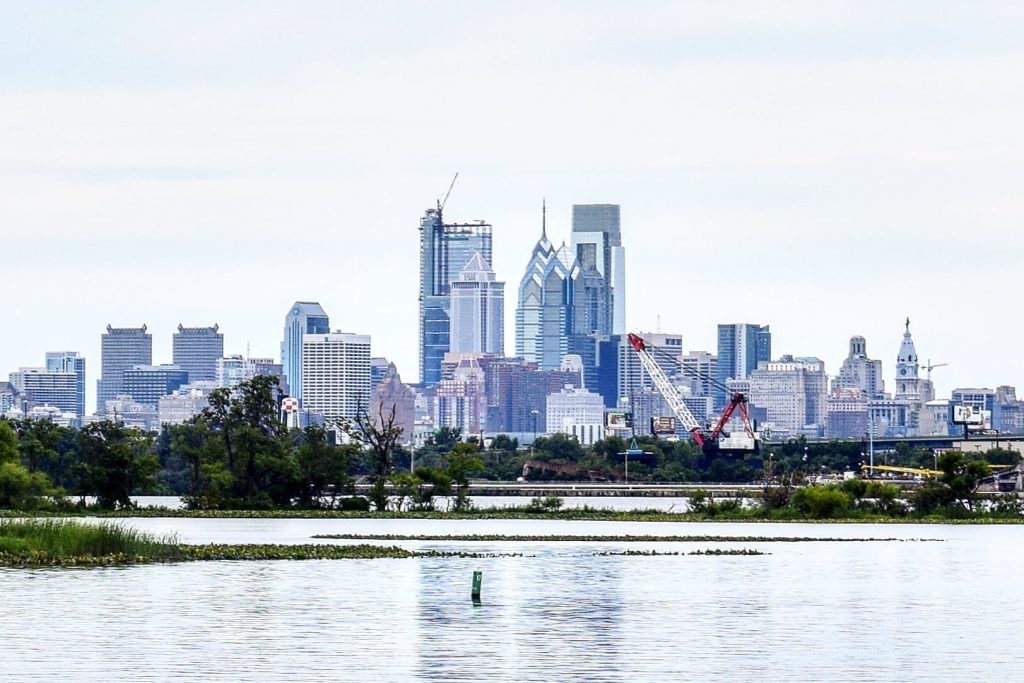 In 2018, the most noticeable structure rising is the W/Element Hotel freshly popping into the skyline as the Comcast Technology Center is finishing up interior and façade work. The concrete structure of the W/Element Hotel was rapidly working its way up to the top, as the tower reached its full height in August. 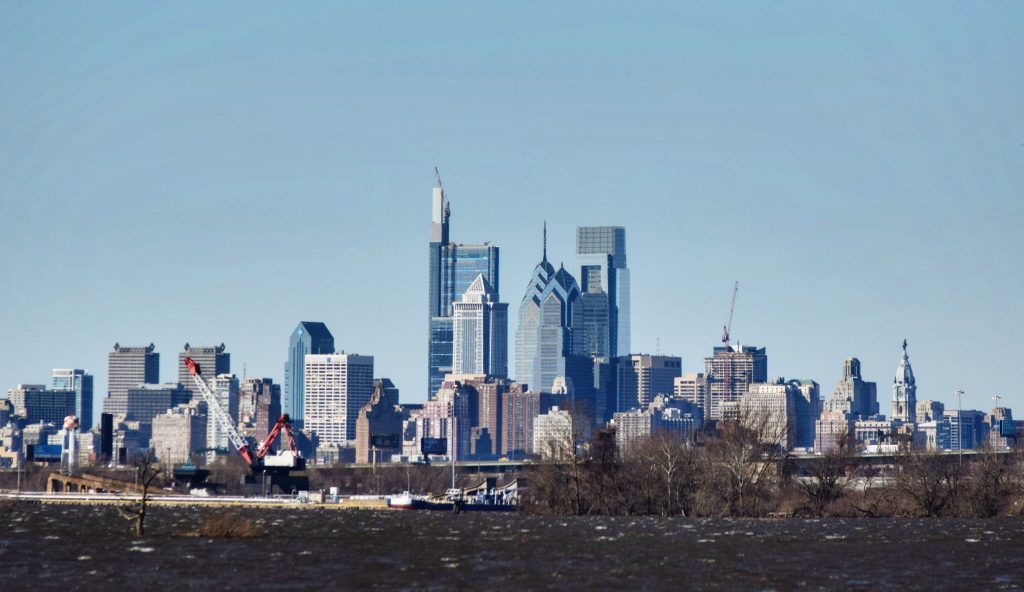 In 2019, the W/Element Hotel has topped out its steel structure just before the year started and the façade work was heavily underway at the jagged top. The Comcast Technology Center had opened it offices in October 2018 and the Four Seasons opened August 12th. By the end of the year, the tower cranes for Arthaus and The Laurel Rittenhouse Square were erected and popping out from certain views. 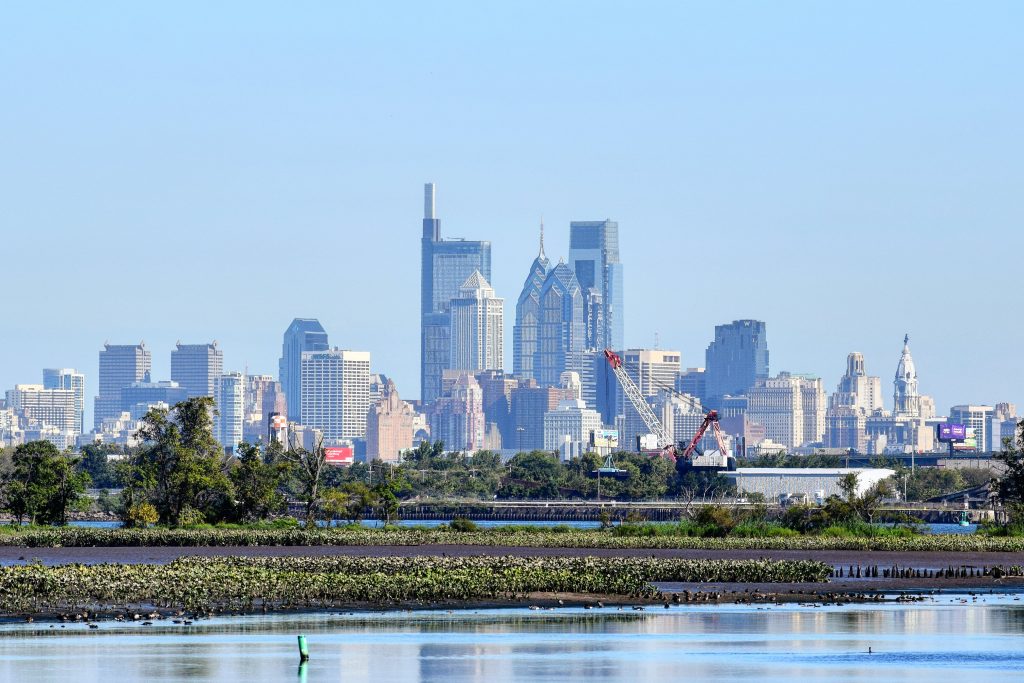 In 2020, the W/Element Hotel had nearly all of its glass in, with multiple missing panels temporarily filled with wood as they would soon be filled. From the summer to the end of the year, Arthaus had popped into the skyline in front of the tallest Center City towers. 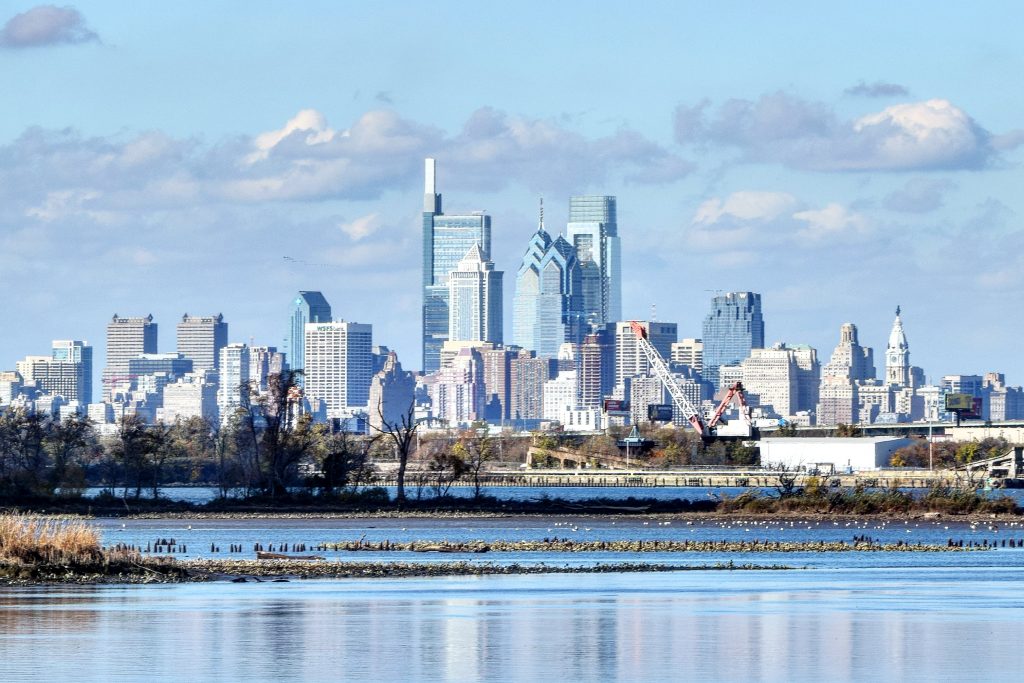 Lastly, this year the skyline is transforming once again. Earlier this year, Arthaus had topped its concrete at an impressive height of 528 feet with steel on the way. Not long after the topping, The Laurel Rittenhouse Square was popping into the skyline in front of One Commerce Square. Soon, towers like 113-121 South 19th Street and Cathedral Place Phase 2 will add mass to the skyline view. 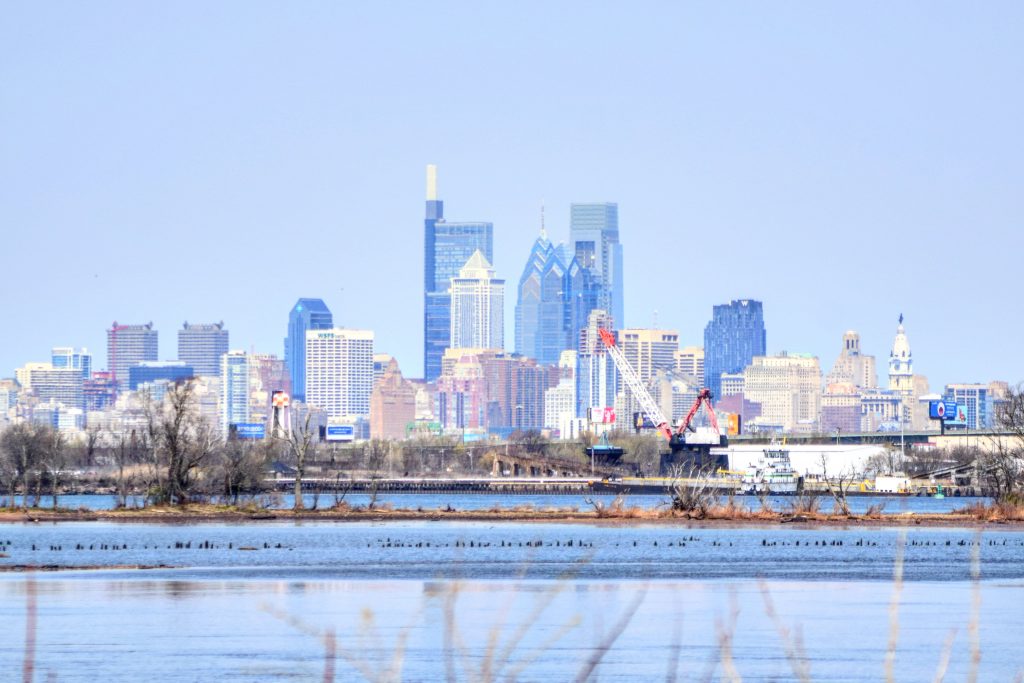