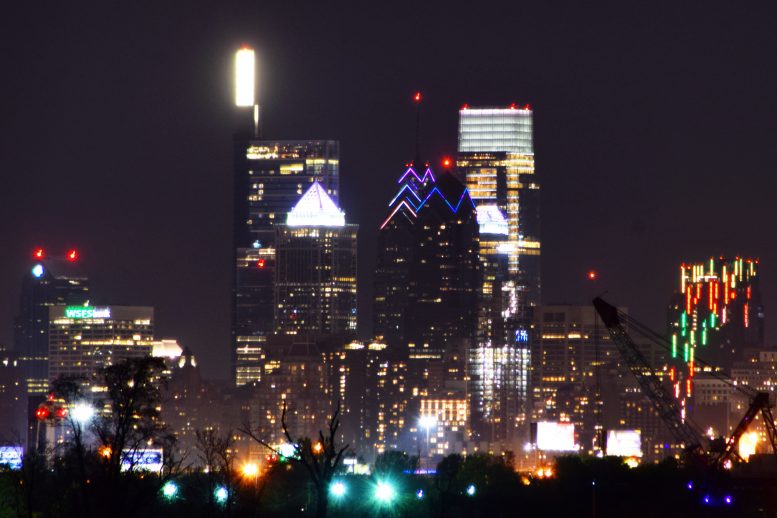 The Philadelphia skyline features a fantastic collection of prominent skyscrapers that shimmer during the day. But at night, particularly from certain angles, the skyline can be underwhelming with the amount of darkness, despite a number of bright displays. Many of the towers were not originally designed with decorative lighting, while illumination at others has faded or otherwise deteriorated over the years, so the ones still have well-maintained nighttime lighting are greatly appreciated for their look. The majority of skyscrapers that are illuminated are at some of the tallest in the city, and most of them were built around the same time period in the late 1980s within the same part of Center City. But given a number of recent developments, it is possible that original lighting schemes on a number of skyscrapers are being restored to their original look. 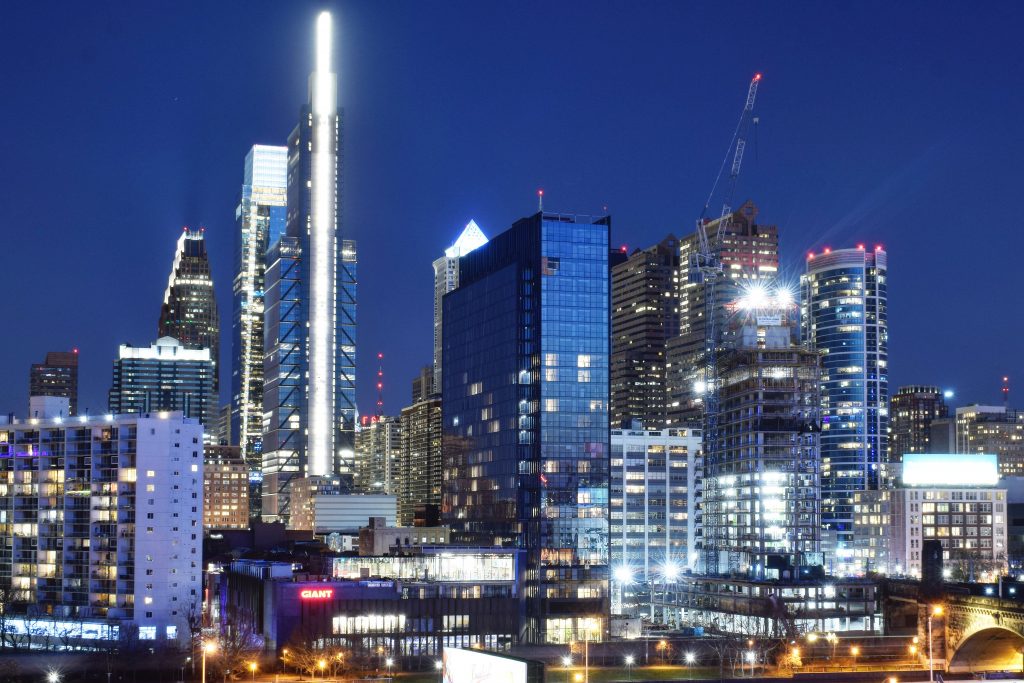 As YIMBY has been reporting over the past few months, the illumination at the top of One Liberty Place (not including the spire) is receiving an upgrade. The lights are brighter and can be seen from a longer distance than before. Also, the lighting system now have the power to create animations such as bird migration displays and a scrolling Pride flag. 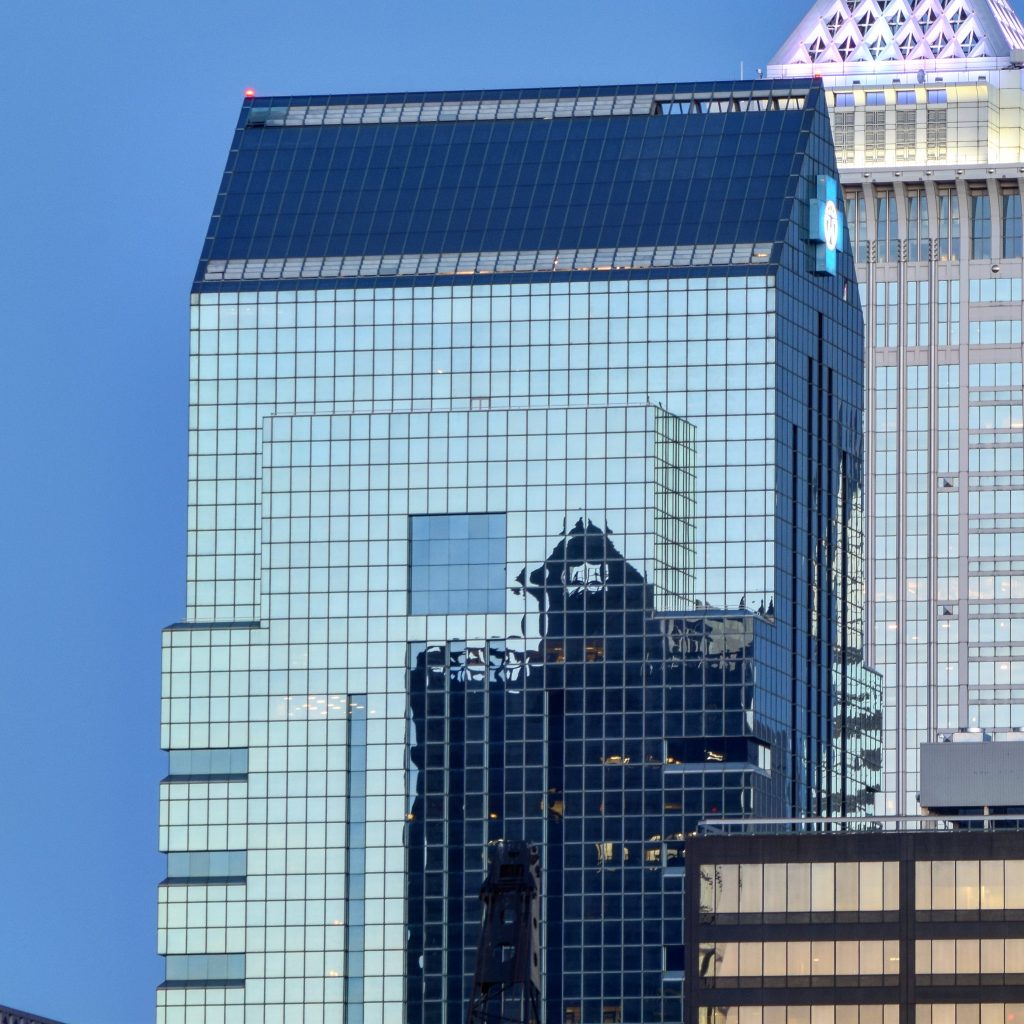 Now appears that more will join the show, as the Mellon Bank Center had its pyramid base lights come back on in 2019 after being off for seven years. More recently, lights that were once lit under the roof line seen to be making a return as portions of the area under the roof appear brighter. For the Independence Blue Cross Tower, it is not confirmed if the lighting is being restored, but that may be the case due to temporary lighting shining through the roof vents where blue lights used to shine in the 1990s and the early 2000s. It is also unknown if Three Logan Square will join the list of restorations, as it currently has many sections of the lights turned off, but hopefully it will also be revamped as the skyline desperately needs more nighttime appeal.