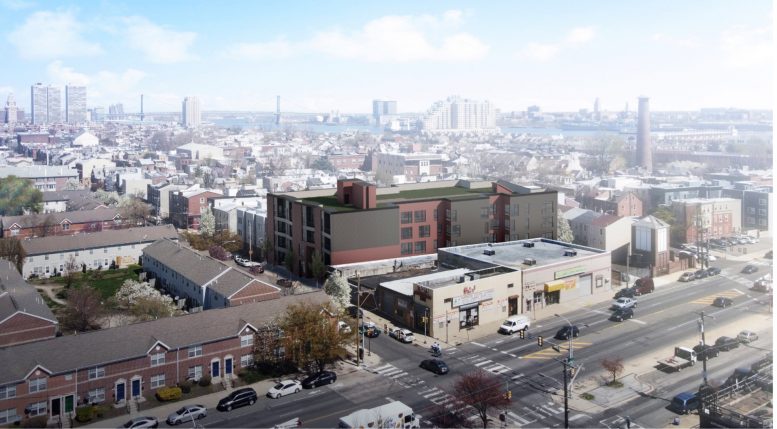 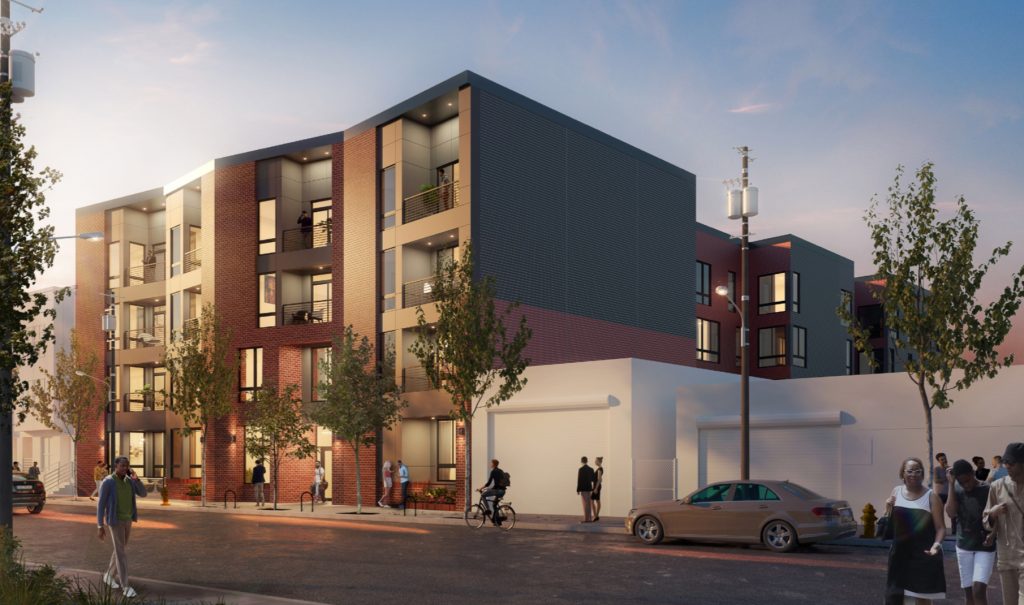 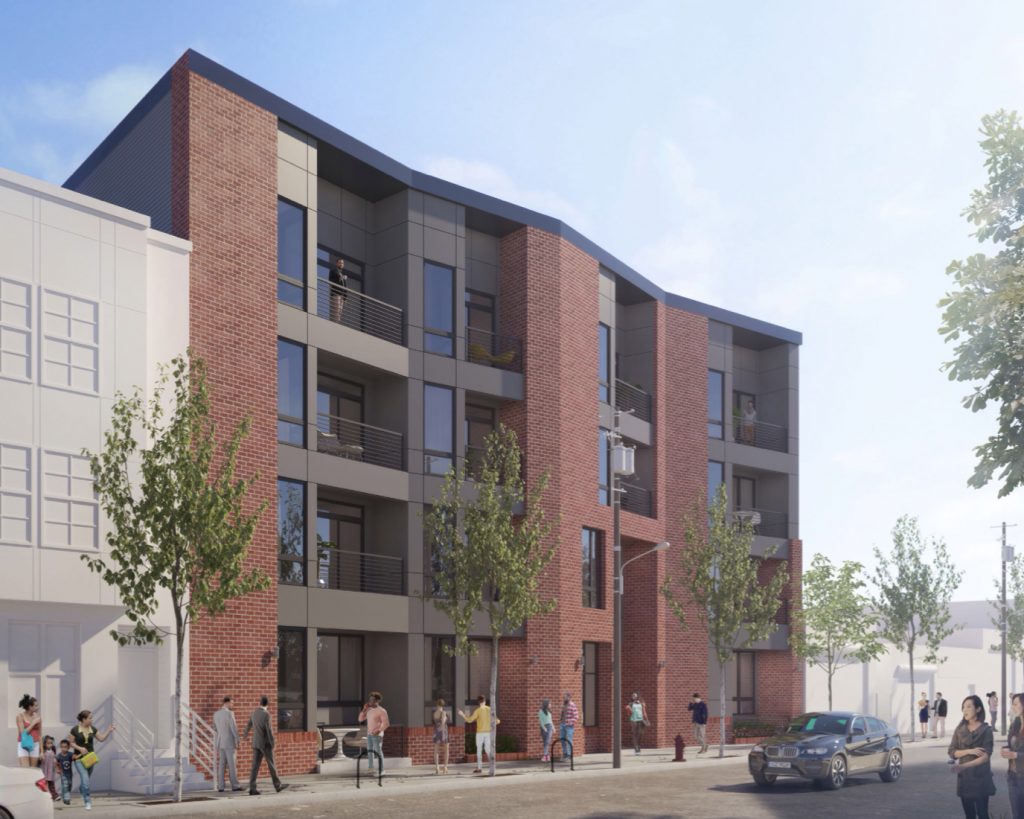 The development will also have a solid street presence. Unlike some projects being built throughout the city, the development will be planting five street trees which, in time, will provide shade for pedestrians . This is a great feature as it improves the city’s tree cover, makes the streets feel more inviting, and is good for the area’s ecosystem. Queen Village already boasts a solid tree cover and this development will only improve upon this. Additionally, the bike racks that will be included on the street help further encourage the use of bike transit.

The new building will be replacing a vacant property. While the lot was utilized for storing construction equipment for new homes that were constructed next door, it sat unoccupied. The new project will bring with it a solid density boost, adding 67 residential units on a property currently occupied by zero. The new building is one of the largest that is under construction or planned in the area, and sits in a highly desirable location.

Washingtom Avenue, slowly becoming one of the city’s leading commercial corridors once again, sits just steps to the south, with Jefferson Square on the southern side also offering green space. Although the property is relatively far from the Broad Street Line, a multitude of bus lines run throughout the area, and the site is within walking distance from Center City. 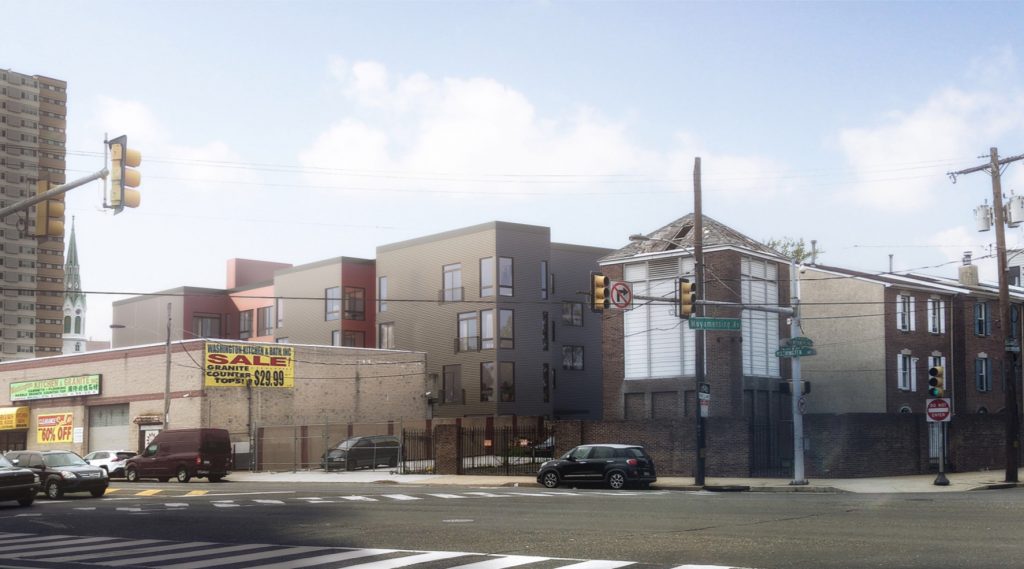