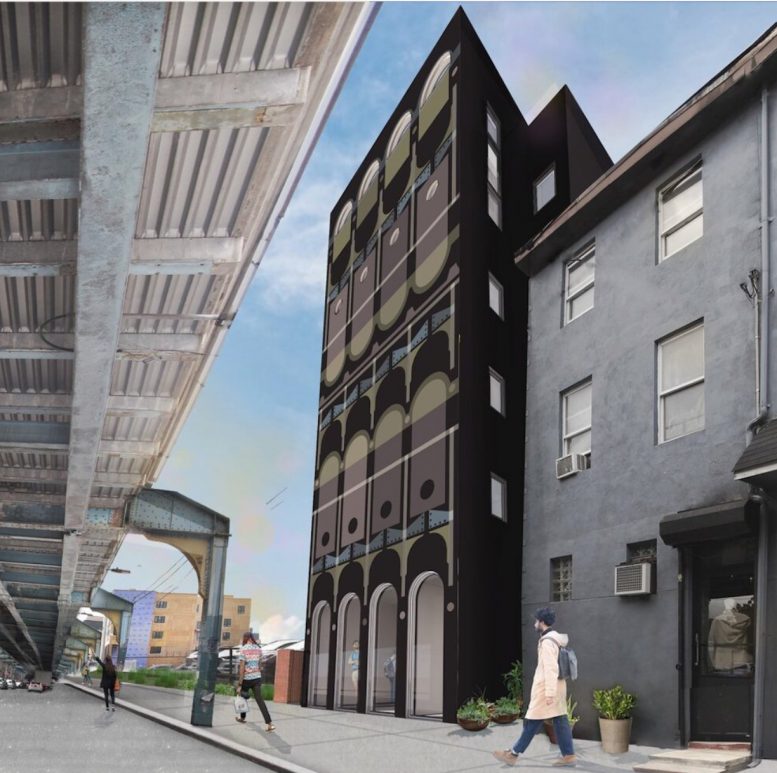 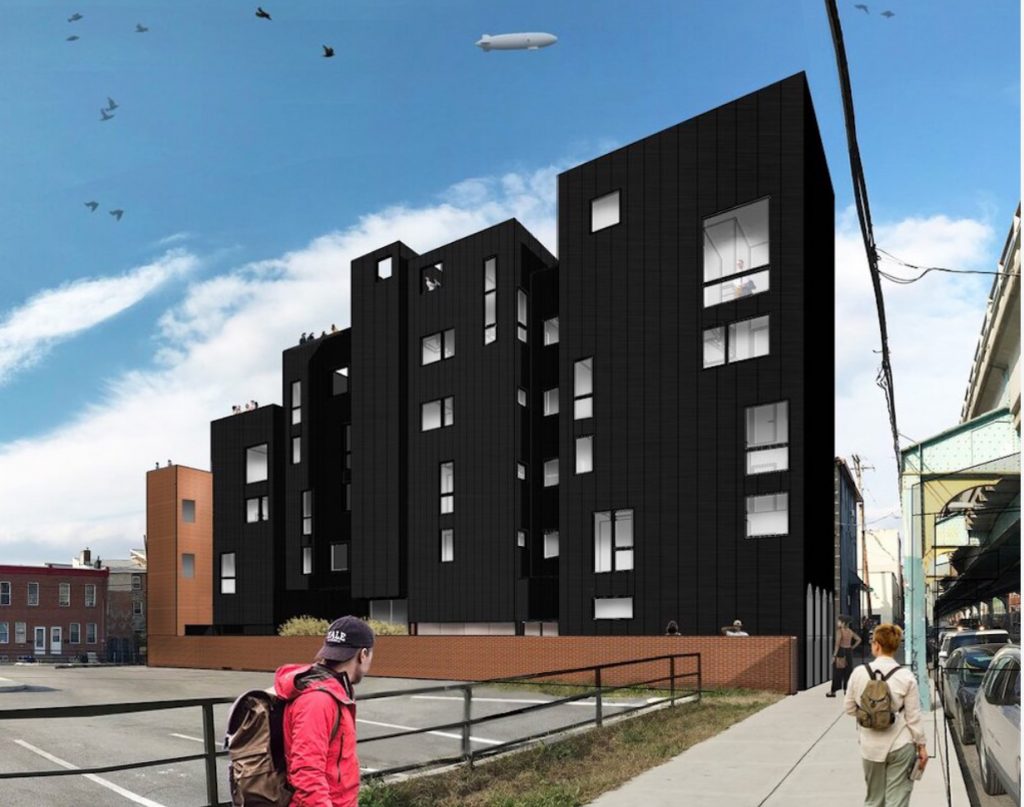 Bright Common was the original designer of the project, though it appears as though plans have shifted at the property. The old design would have been very interesting, consisting of almost entirely black metal paneling, save for brickwork at the rear of the building along Hope Street. Unique archways would have been situated on the Front Street side of the building, as well. While this design would have been great to see constructed, Gnome Architects is currently listed as the architect behind the project, so it is safe to assume that the revised design will not disappoint, either. 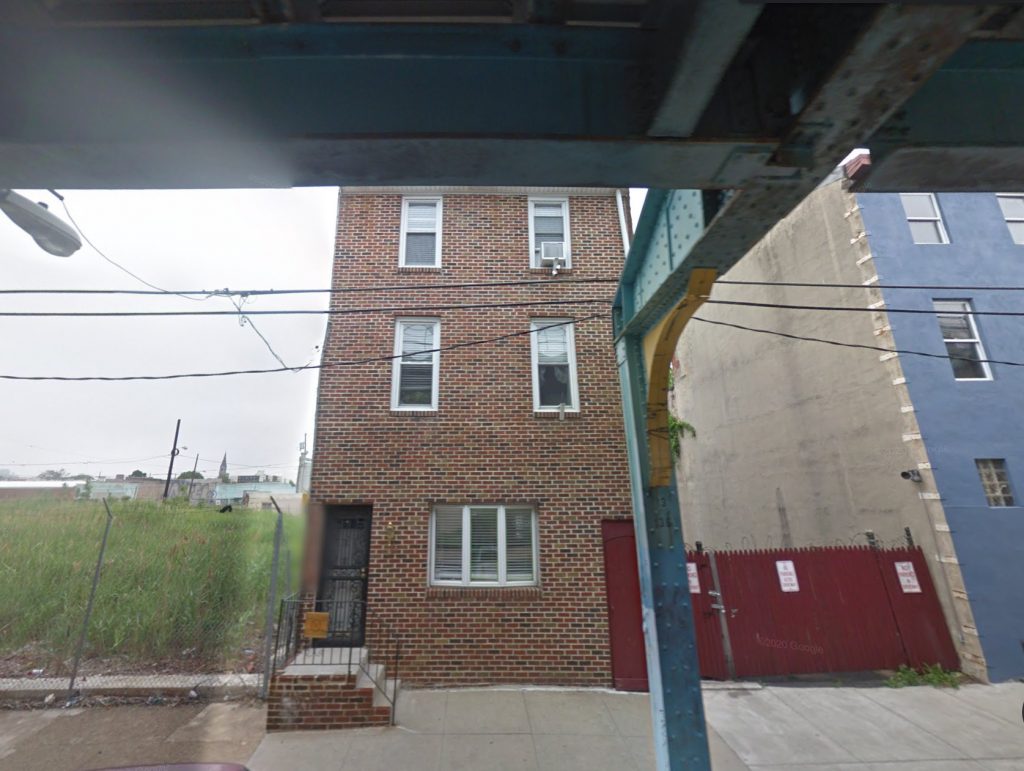 The new building is replacing an already-demolished rowhome. The house was fairly typical for the area, featuring a brick exterior and standing three stories tall. The most intriguing feature of the building was the American-themed mural that donned its southern face, which YIMBY covered in an article in August 2020.

The new density boost at the property will certainly be a positive for the neighborhood, especially at such a transit-accessible site. The new commercial space will also con tribute to the street’s ongoing transformation into one of the city’s leading commercial corridors. The former plan at the site called for 15 residential units over a commercial space, so there was a minor downsizing. All in all, however, this is not a disappointing change of events.

Looking At 1BRKS, an Under-Construction Mixed-Use Development in Fishtown