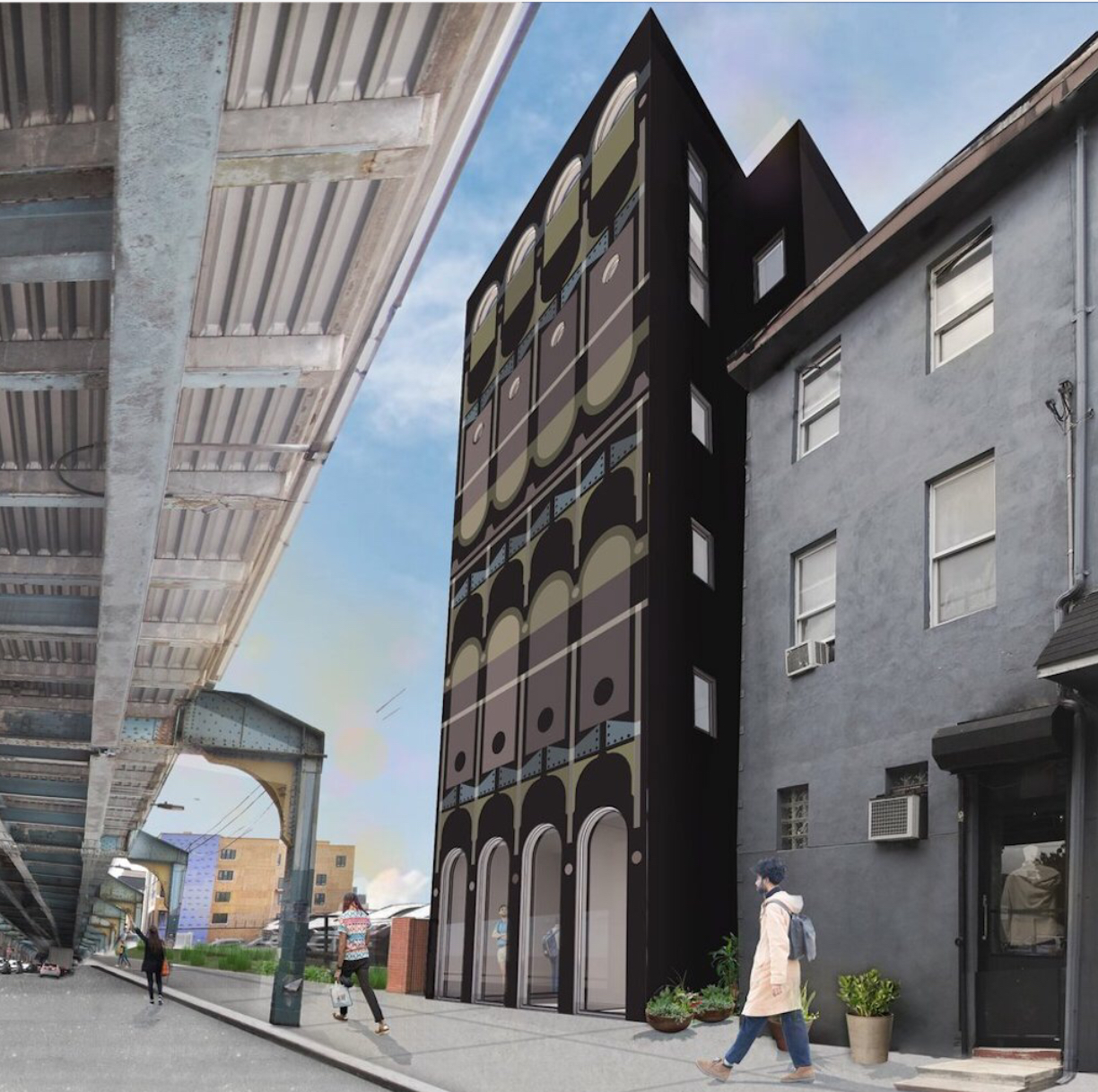 A recent site visit by Philadelphia YIMBY has revealed that construction has not yet started on a five-story, 14-unit mixed-use development at 1350 North Front Street in Fishtown, Kensington. The project will span 19,830 square feet and feature ground level retail and a roof deck, which, given the structure’s future prominence, promises to offer dramatic views of the Northern Liberties and Center City skylines. The latest permits, which were issued in June of last year, indicate Gnome Architects as the designer, although the previous design (featured as the cover image of the article) was crafted by Bright Common. Permits list GRIT Construction as the contractor and a construction cost of $2.3 million.