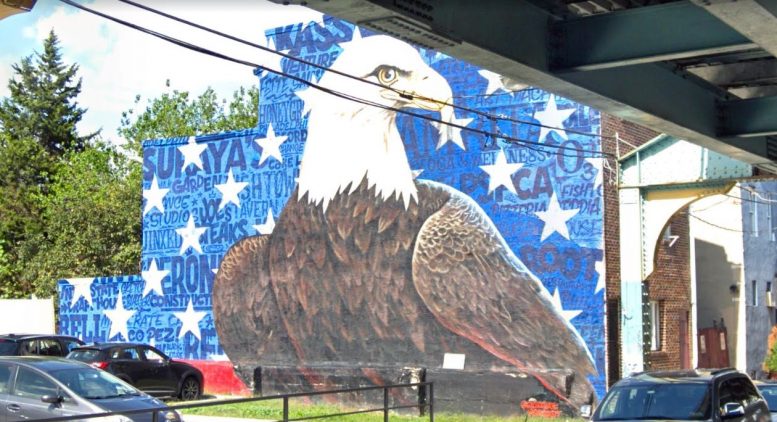 The lots sit on the west side of Front Street, facing the elevated superstructure of the SEPTA train. The three-story townhouse slated for demolition was once flanked by rowhouses on either side yet is currently a standalone structure. Its unadorned brick façade holds minimal, if any, architectural or historic value. However, the south wall, which faces a large parking lot that replaces a rundown, two-story warehouse that was torn down around 2008, sports a large patriotic mural with a bald eagle perched against a star-spangled, flag-themed backdrop. 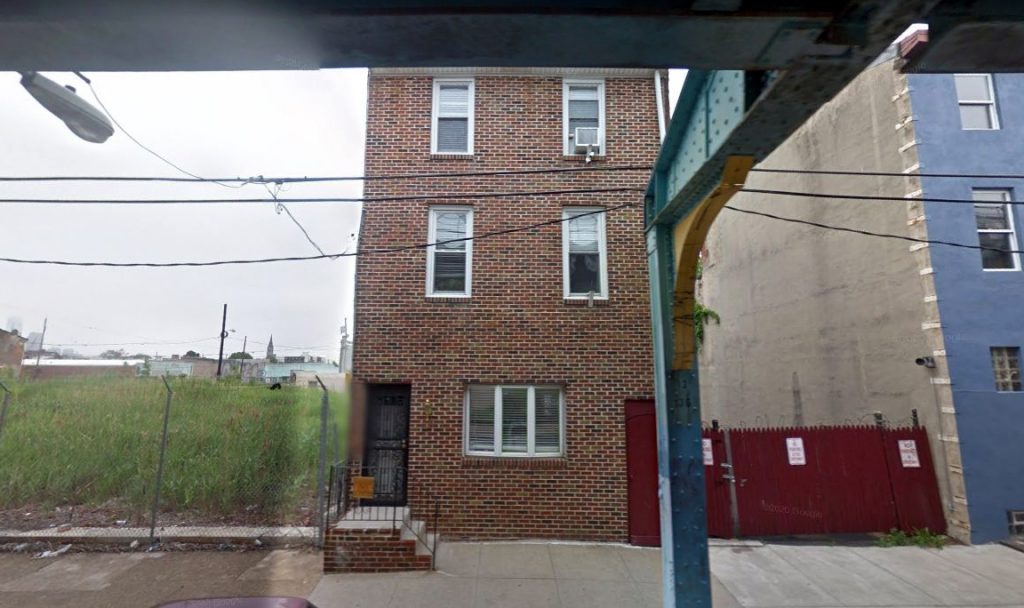 The loss of a mural is an unfortunate, but often necessary, step in the development of Philadelphia real estate. The new building will bring much benefit to the underdeveloped stretch of Front Street, increasing local density and boosting pedestrian presence for several businesses that operate in the immediate vicinity, such as the El Bar at the nearby intersection with Master Street and the Good Spoon Soupery cafe across the street. 1350 North Front Street’s filing follows the recent completion of 1616 North Front Street, a five-story apartment building with an attractive zig-zagging facade.

This centrally-located stretch of Front Street is well-suited for further growth due to the nearby Girard Station of the SEPTA, the Girard Street trolley, proximity to destinations such as Temple University and the riverfront-adjacent Penn Treaty Park and Rivers Casino Philadelphia, and an abundance of available development sites. The neighborhood has seen considerable growth over the past decade, wih projects such as the mixed-use Piazza complex and the shopping complex at 180 West Girard Avenue, both located a few blocks to the south.

Be the first to comment on "Permits Filed at 1350 North Front Street in Fishtown, Kensington"