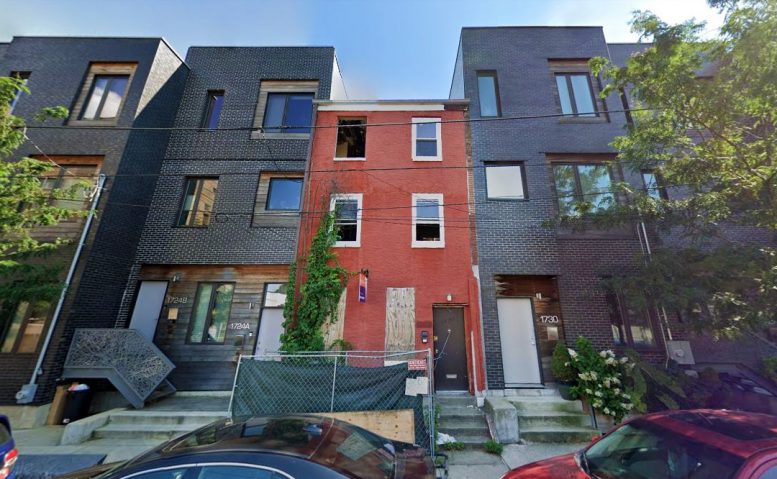 A construction permit has been filed for the construction of a new building at 1728 Folsom Street in the Spring Garden neighborhood in North Philadelphia, near Francisville to the north. The filing follows a May permit filing that calls for the demolition of a three-story rowhouse that presently occupies the site. 2004-20 N 5th St LLC is listed as the owner.

Over the past decade, the block underwent a dramatic transformation, presenting a success story that ought to be replicated on numerous other dilapidated blocks around the city. Pre-war rowhouses once lined the south side of the block-long stretch of Folsom Street. However, by 2009, only two remained – 1728 Folsom Street and the similarly-styled, three-story 1714 Folsom Street at the eastern end of the block; the rest were reduced to overgrown vacant lots.

Some time between 2009 and 2011, a new three-story rose next to 1714 Folsom, adjacent to the east. Between 2011 and 2016, a series of three-story rowhouses followed to the west of 1714 Folsom, stretching to the end of the block and spanning the addresses of 1716 Folsom Street to 1744 Folsom Street, which stands at the corner of North 18th Street. In 2018, a three-story housing complex at 1702-1710 Folsom Street filled the last available parcel on the block at its opposite end at the crossing of Folsom and North 17th streets. 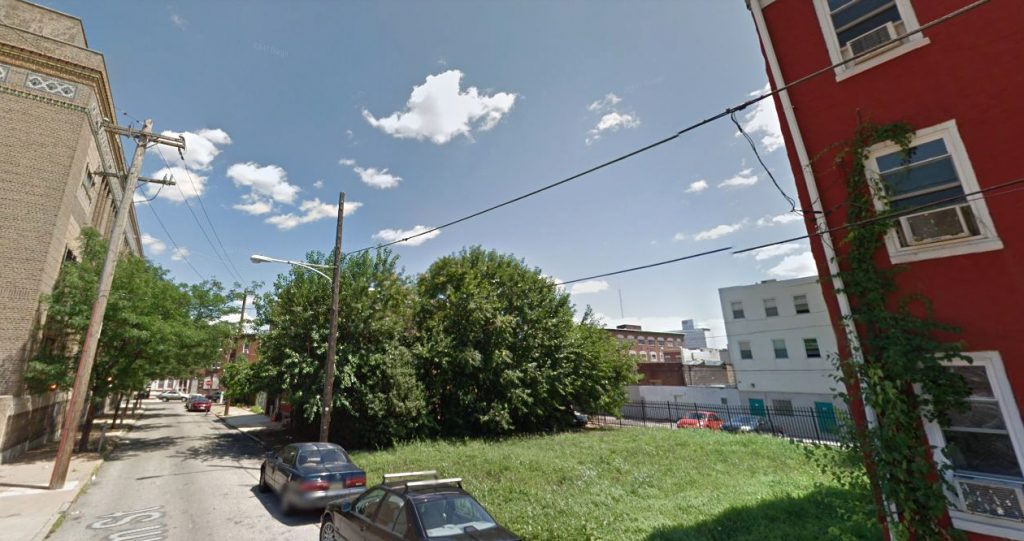 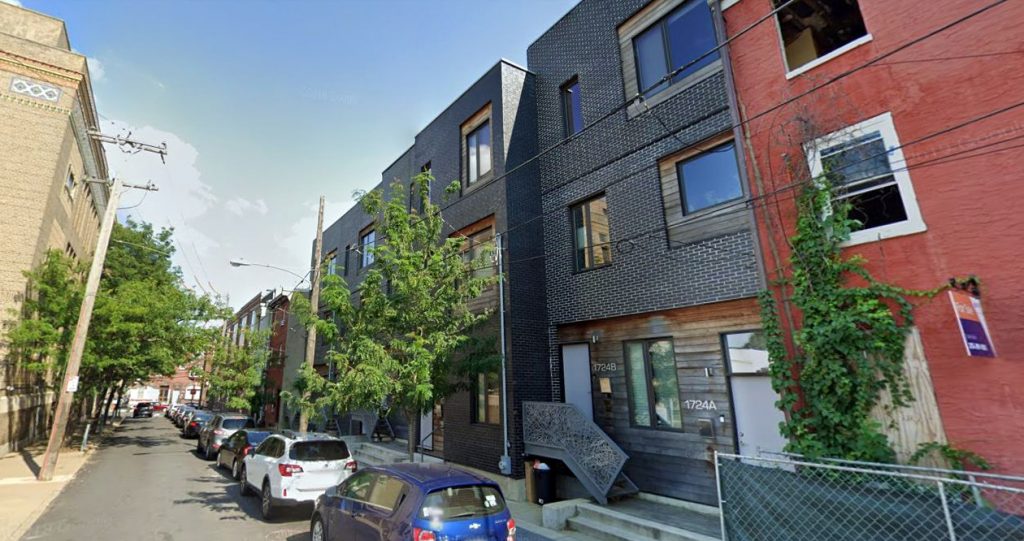 The development at 1702-1710 Folsom pays homage to its traditional context with red tapestry brick and light beige stone at the window sills, lintels and the cornice. By contrast, the complex at 1716-1744 Folsom, interrupted only by the building slated for demolition, embraces a thoroughly modern aesthetic without sacrificing the successful elements of traditional rowhouse development.

The buildings are massed as a series of energetically projecting and receding rectangular volumes. Their street-facing facades are clad in dark gray brick and accented with horizontal wooden planks. The three-story buildings feature tall ceilings, street-facing planting, low but deep porches ideal for casual socializing, and intricate, interwoven metal latticework at the railings. The side and rear facades, as well as the street-facing facade at the corner building, are clad in light-colored, corrugated metal sheeting. In all, the development is among the city’s finest rowhouse projects built in the past ten years. 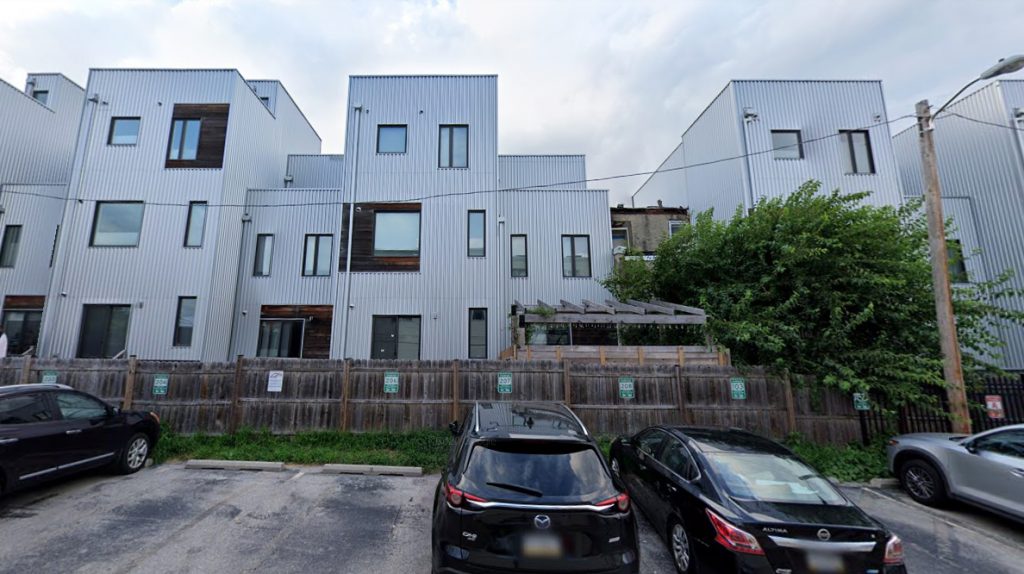 Today, the dilapidated 1728 Folsom Street, shuttered since around 2017-2018, is an antiquated relic nestled between its new neighbors. The permits provide scant details on the appearance of the future building at the site, except that it will have a roof deck. It is also not known whether it will be developed and designed by the same group as that behind the surrounding complex, since the buildings are all listed under different owners. However, a matching development style at 1728 Folsom Street would further strengthen the already successful street ensemble.

Be the first to comment on "Permits filed at 1728 Folsom Street in Spring Garden, North Philadelphia"