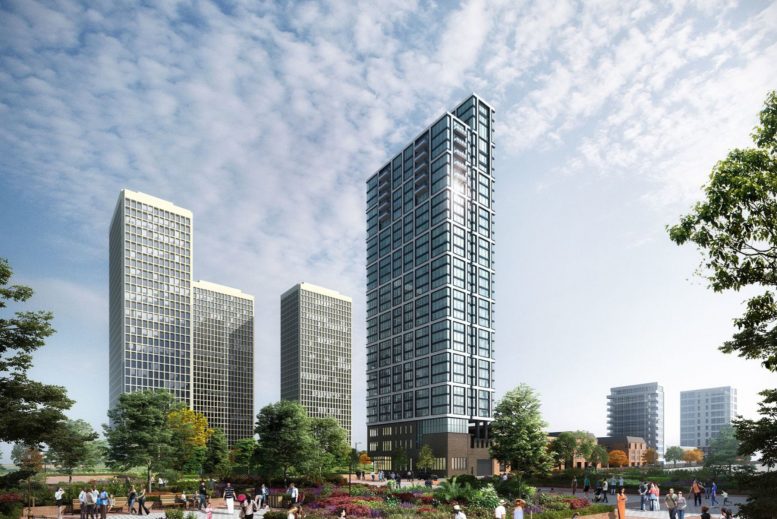 Construction equipment has arrived at the site of One Dock Street, a 374-foot-tall, 31-story high-rise proposed in Society Hill, Center City. Designed by BLT Architects, the tower will contain 272 residential units and will be connected to the existing four-story Marriot Hotel. Amenities will include a roof deck and a roof-top pool. In total, the tower will hold 288,997 square feet of space. 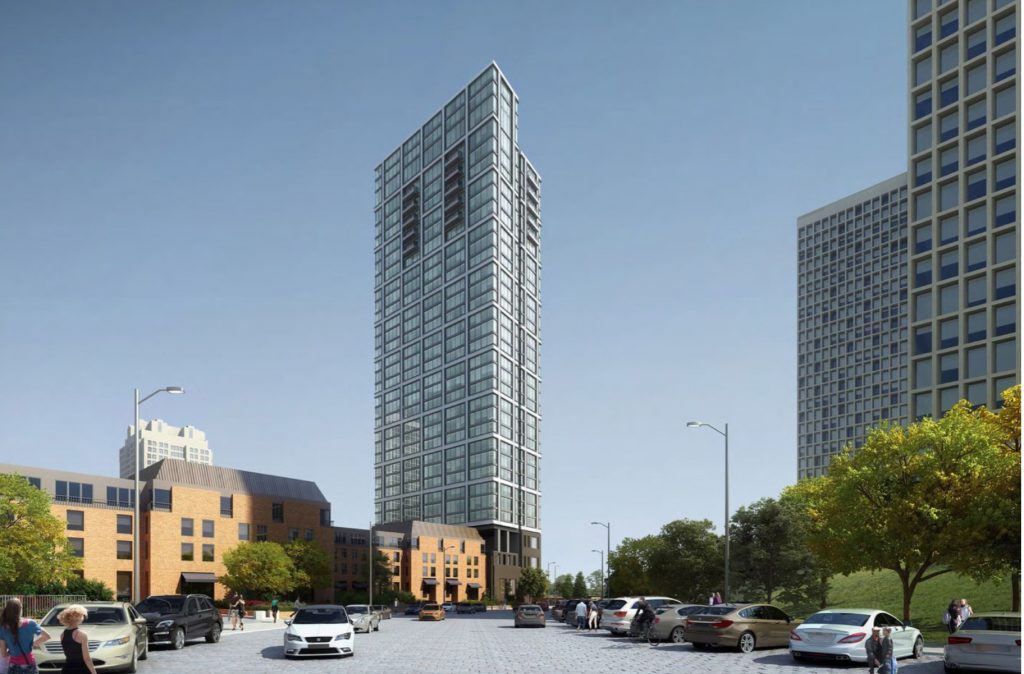 The high-rise will feature an attractive and flashy exterior. Large glass windows situated in three-story sections will cover the majority of the exterior, with black and white cladding separating different sections of glass in a grid pattern. Near the top, the tower tapers off into a thinner form before reaching its maximum height. A black podium will tone down the glass design to make it fit in more effectively with the more earthy colors of its surroundings. 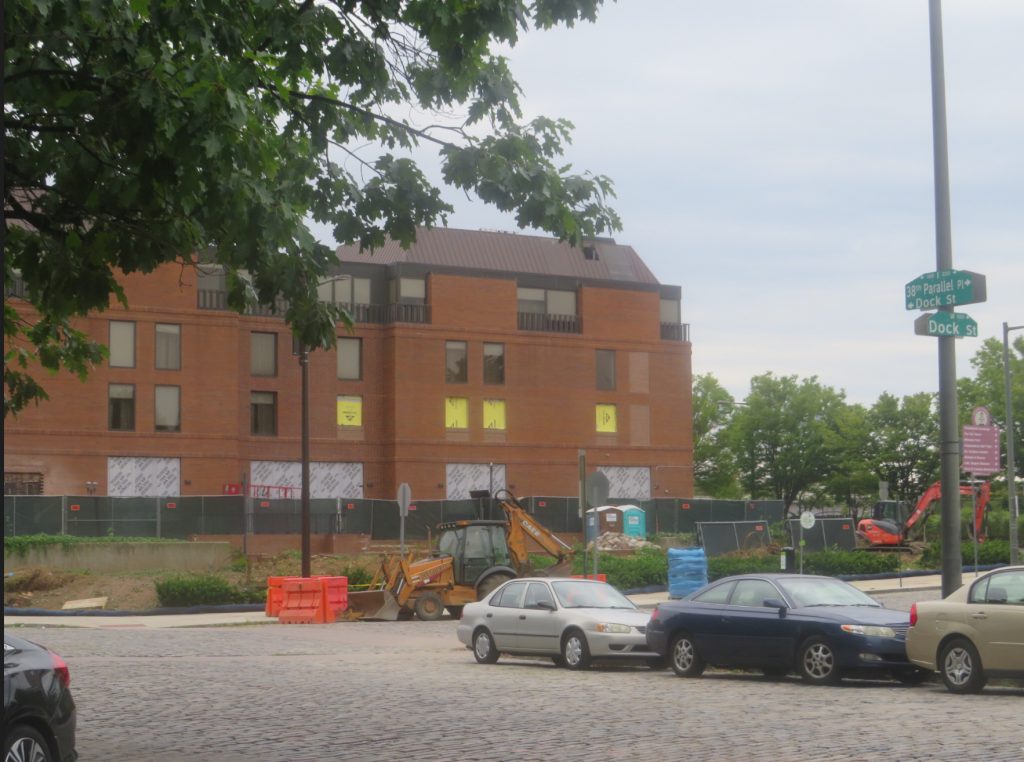 In YIMBY’s previous article on the project, posted in June, permits were issued for the tower, completing one of the final pre-construction stages, and clearing the superstructure for work to begin. It seems as this may be beginning, with early site prep underway, and construction equipment seen on site.

The site has been largely cleared of pre-existing materials, and now a charred-up patch of grass. Excavation equipment sits at the ready on site, as well as construction fences, signifying that more heavy-duty work is likely to begin in the near future. 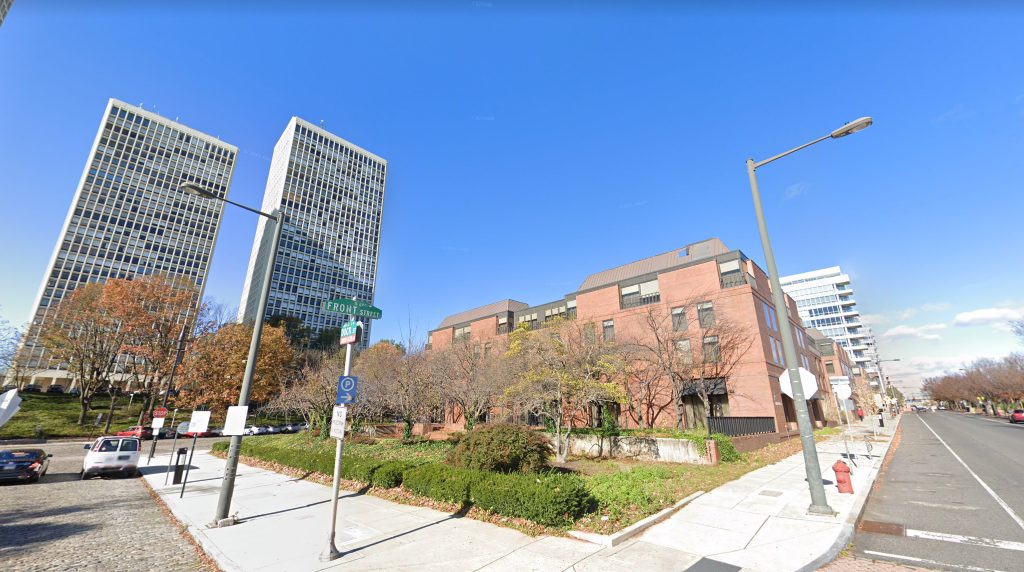 The new tower is replacing a somewhat vacant patch of land, occupied by the neighboring hotel. A small brick plaza allowed guests a pleasant outdoor space, with the rest of the area covered in trees, grass, and bushes. While the area certainly didn’t take away from the surrounding environment, it also wasn’t a very efficient use of the land, whereas the new tower will be.

Though it isn’t the tallest building planned or under construction in the city, its skyline transformation will be very important, helping stretch and connect the towers of Center City from the Schuylkill River to Delaware Avenue. It will also help blend the surrounding neighborhood into the planned towers of the future Penn’s Landing mega-development, which could see buildings reach heights of over 700 feet.

The density brought with the tower will help support the countless businesses in the area, particularly to the north in Old City. It will also add more life to the neighboring parks that cap over I-95 and form a connection to the Delaware Waterfront.

Philly YIMBY will continue to track the tower’s progress.