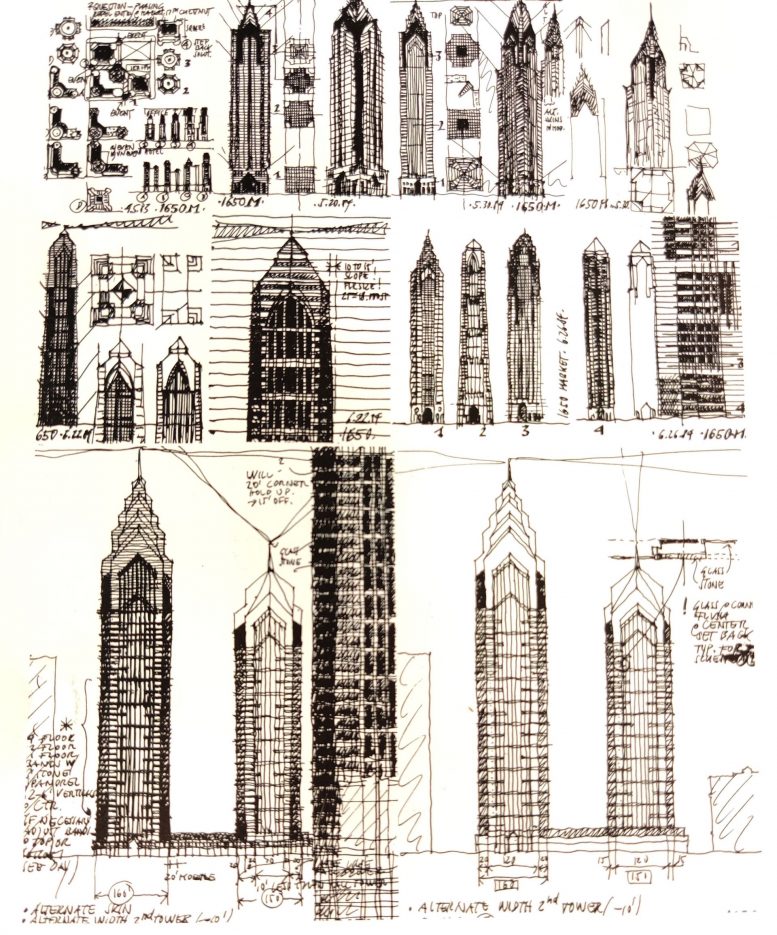 Many more conceptual drawings of One Liberty Place. Drawings by Helmut Jahn

From 1987 to 2007, the tallest building in the Philadelphia skyline was One Liberty Place at 1650 Market Street in Center City, rising 945 feet and 61 stories tall, closely followed by the adjacent Two Liberty Place at 50 South 16th Street, which stands 848 feet and 58 stories tall and was completed in 1990. Designed by Helmut Jahn and developed by Rouse and Associates (later known as Liberty Property Trust), the Liberty Place complex features a fantastic glass, metal, and stone design. Today, Philadelphia YIMBY looks back at an earlier iteration of the complex when the towers were still in designing stages in 1984. 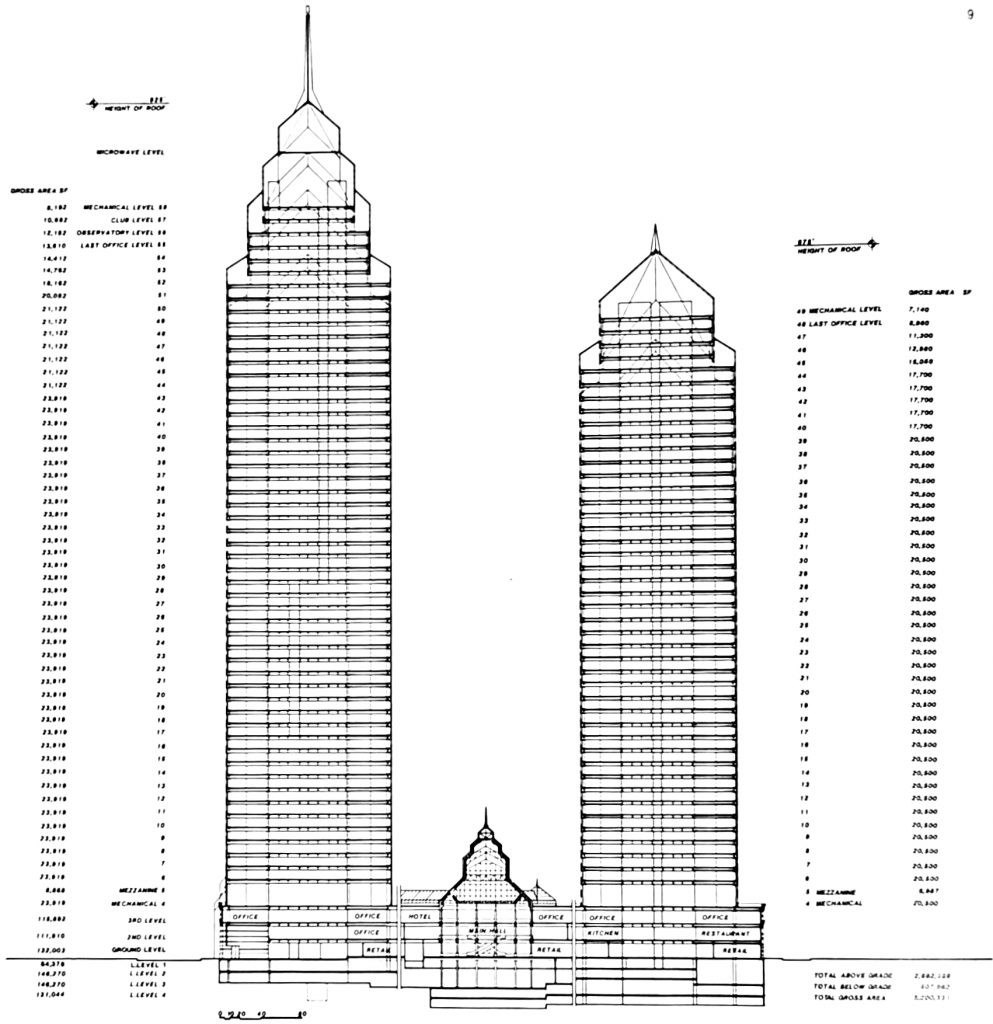 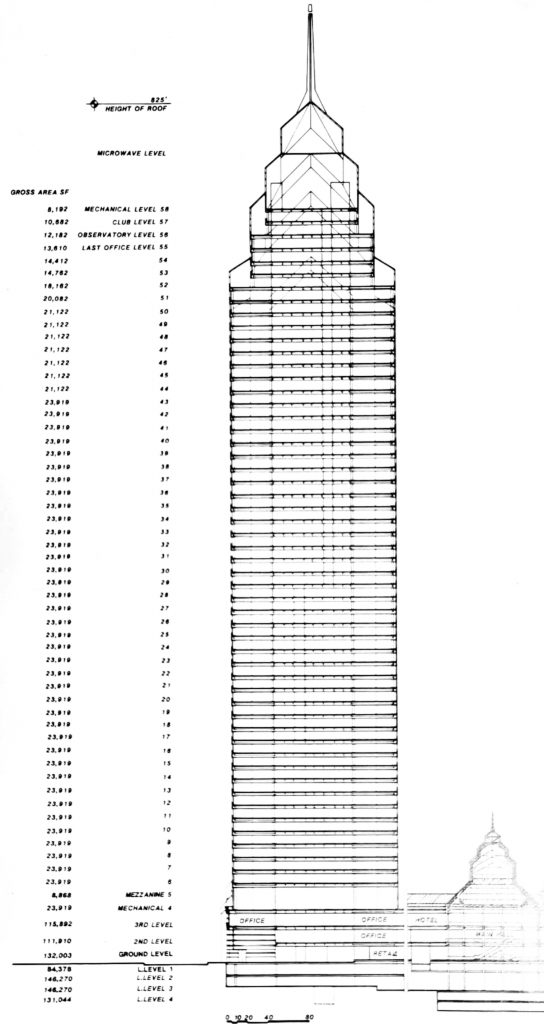 If this version of the towers was built today, they would hold a grand spotlight the skyline when they were just complete, but would be lost in the modern Philadelphia skyline as the towers are significantly smaller. The design of Two Liberty Place design was symmetrical, with no L-shaped extension on the floor plates as Cigna was not a tenant considered for Two Liberty at the time. The lower angled gables of One Liberty Place were noticeably lower than the three rows at the top, while the upper decorative stone pattern was also slightly modified between One and Two Liberty Place. The shopping mall also featured a dome and spire that was shaped similar to the top of One Liberty Place, slanted on a 45-degree angle. 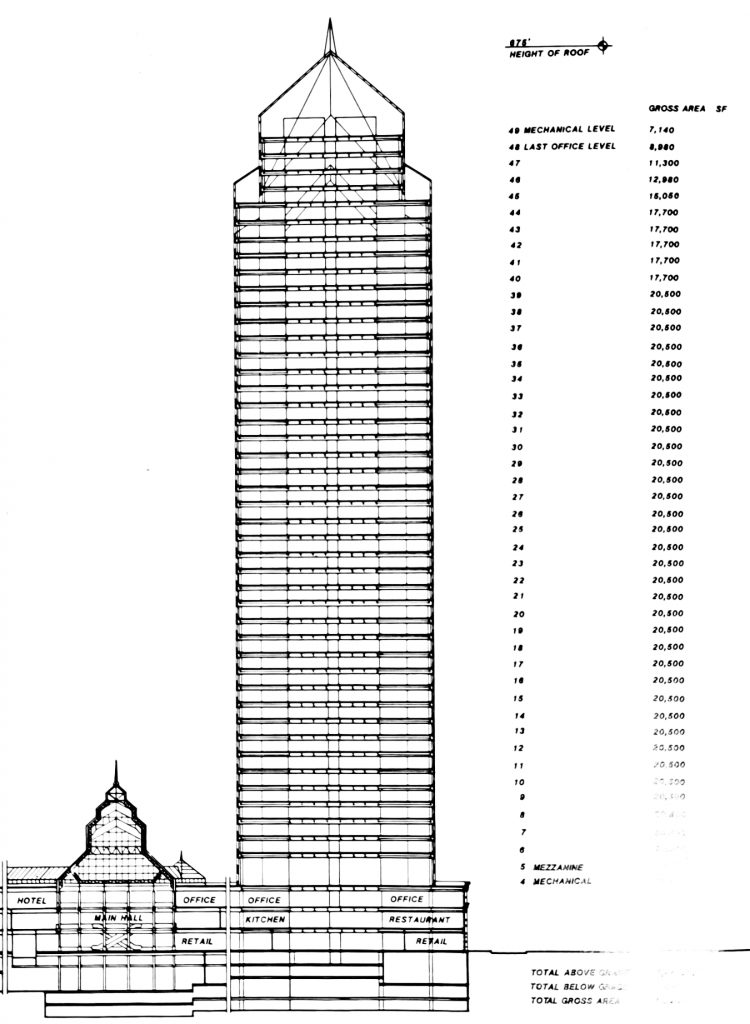