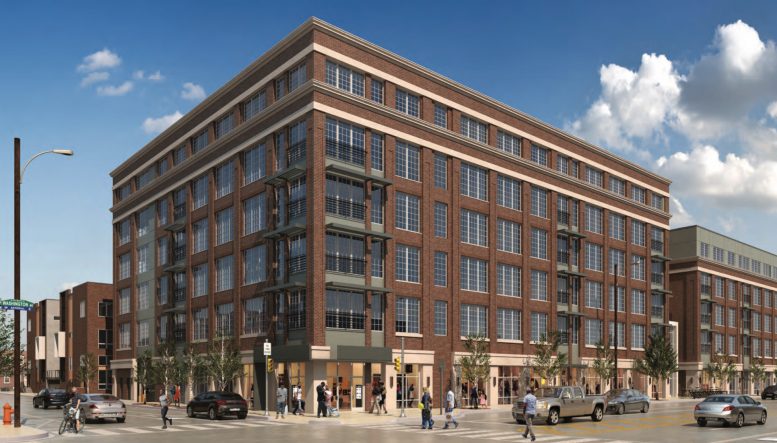 Permits have been issued for the construction of a 247-unit mixed-use development at 2101 Washington Avenue in Graduate Hospital, South Philadelphia. Designed by JKRP Architects and developed by OCF Realty, the structure will rise six stories tall. Two large commercial spaces will be located on the ground floor, one at 21st Street and the other at 22nd Street. Amenities will include a roof deck and an underground parking garage for residents. In total, the building will hold 195,131 square feet of space. Construction costs estimated at $40 million. 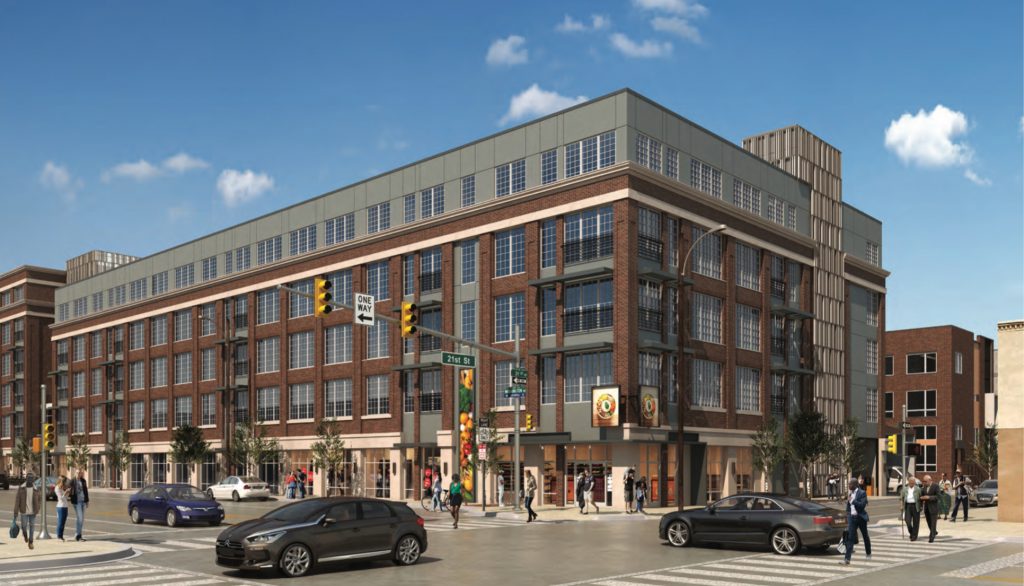 The building will feature an industrial-styled exterior, a consistently popular aesthetic for new development throughout the city. At the shorter portion of the building, brick will rise to the fourth floor, with gray cladding used above. A detailed cornice will sit at the top. At the taller portion of the structure, the brick will rise through the sixth floor, the entirety of the building’s height. Ornamentation and a cornice will also be present.

A new pedestrian promenade will be created at the rear of the building, contributing to the building’s street presence, which features street trees. The walkway will be lined with new townhomes constructed to the north, while the building at hand will stand to the south. Artwork and murals will be included along this stretch. 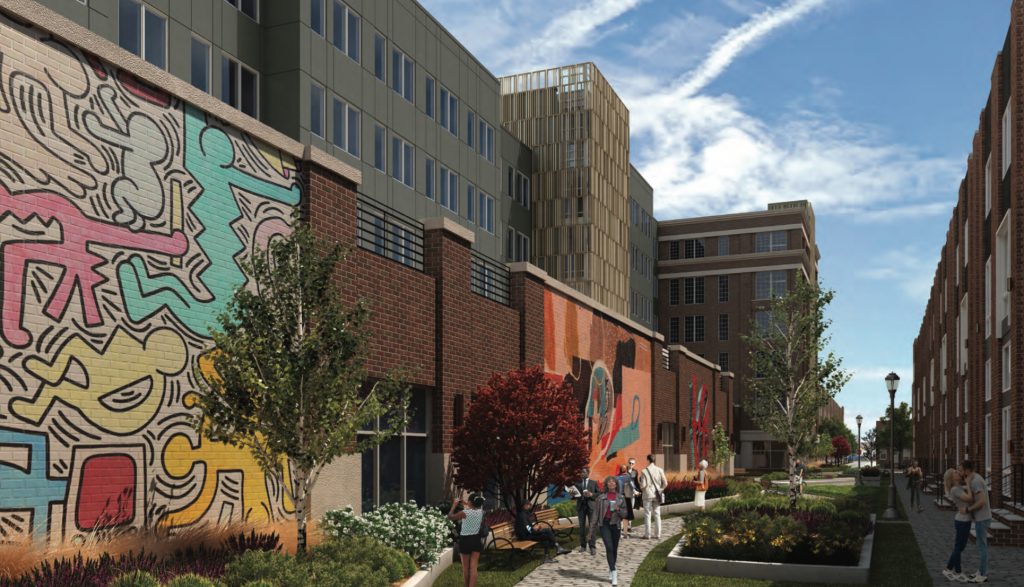 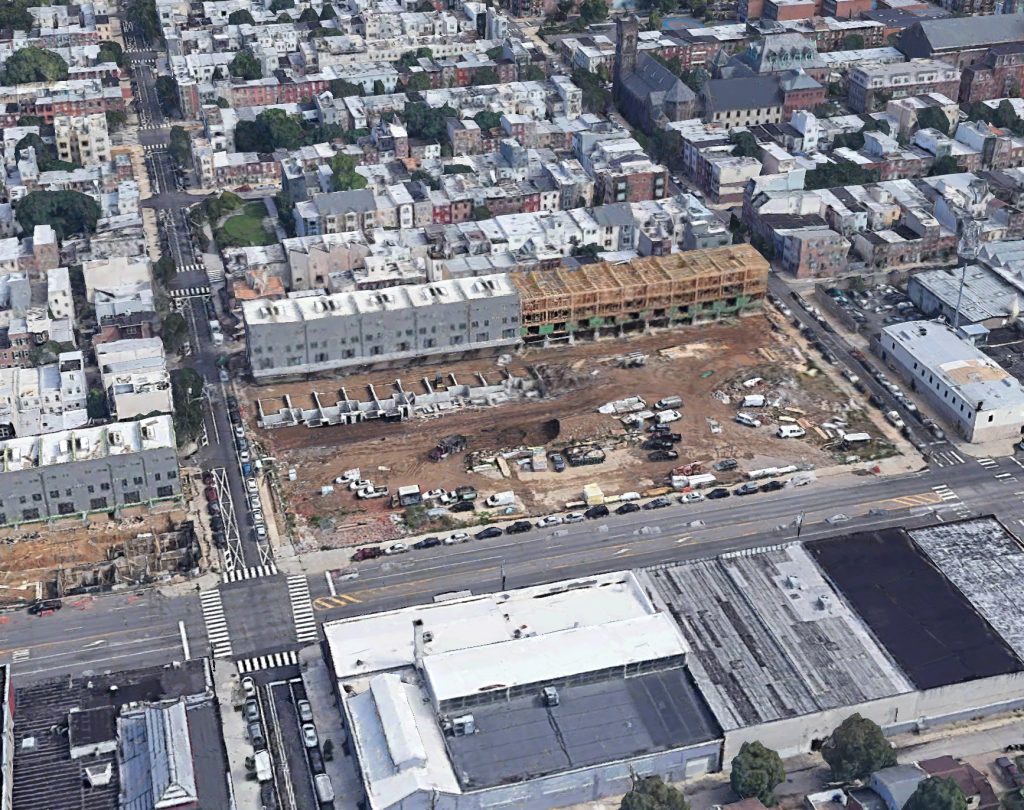 The massive chocolate factory that once stood at the site was demolished a couple of years ago. Owned by Frankford Candy, the building was a local landmark and a reminder of Washington Avenue’s industrial past. The structure sat unused for around a decade, awaiting development to move forward. When plans did finally come along, a large portion of the structure was already demolished, with a smaller section of the building demolished later, when it apparently was deemed unsalvageable to incorporate into new development. 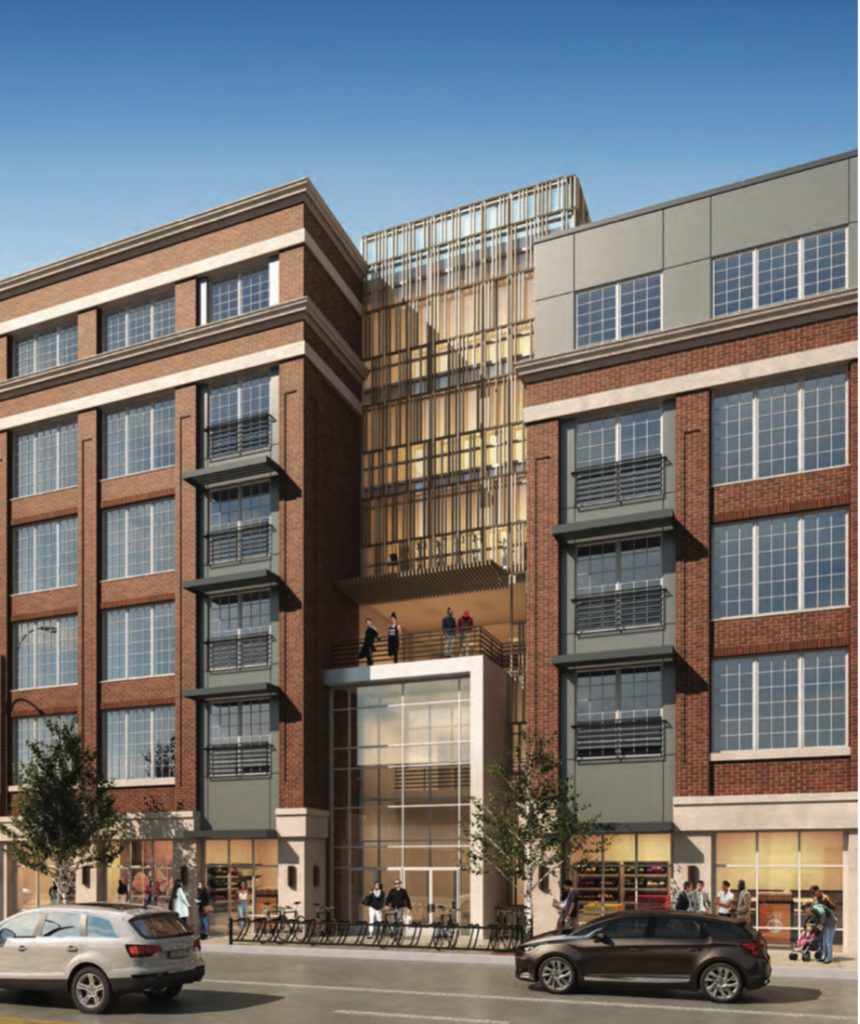 It is pleasant to see the new building to take on an industrially inspired design acknowledges the property’s past, but what is even better is what the structure brings to the area. With the addition of 247 residential units (down from the previous iteration’s 252) and two major commercial spaces, the project will provide a major boost to Washington Avenue’s transformation. Between developments that have already been completed, are under construction, or are planned, thousands of new residential units are being brought to the corridor, as well as hundreds of thousands of square feet of retail space. When paired with the avenue’s planned redesign that will reduce traffic lanes in favor of the bus, bike, and pedestrian space, this stretch of the artery will almost be unrecognizable in the near future. 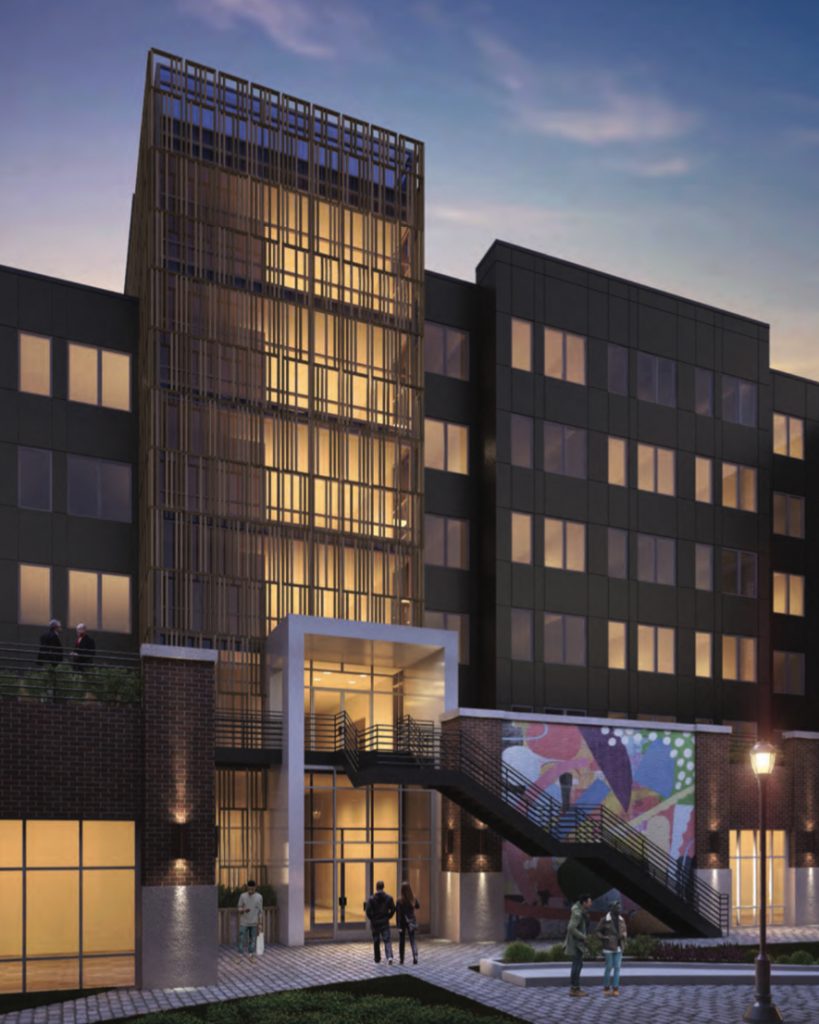 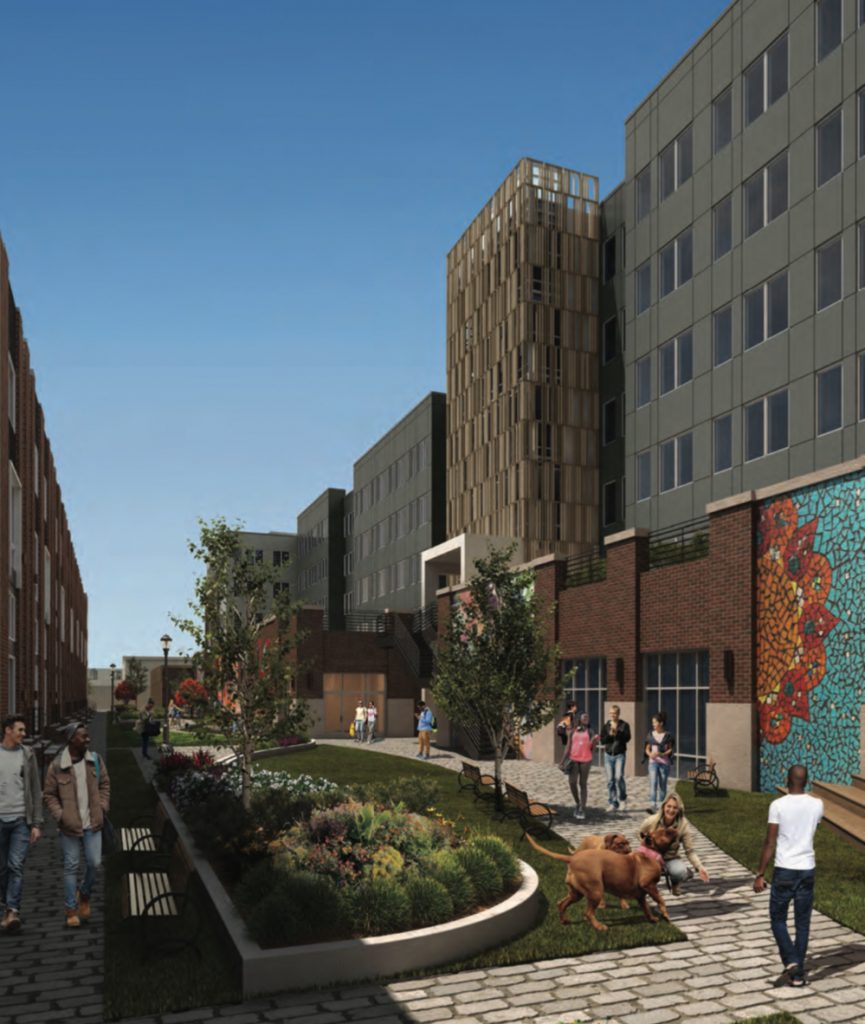 Philly YIMBY will continue to track the development’s progress.