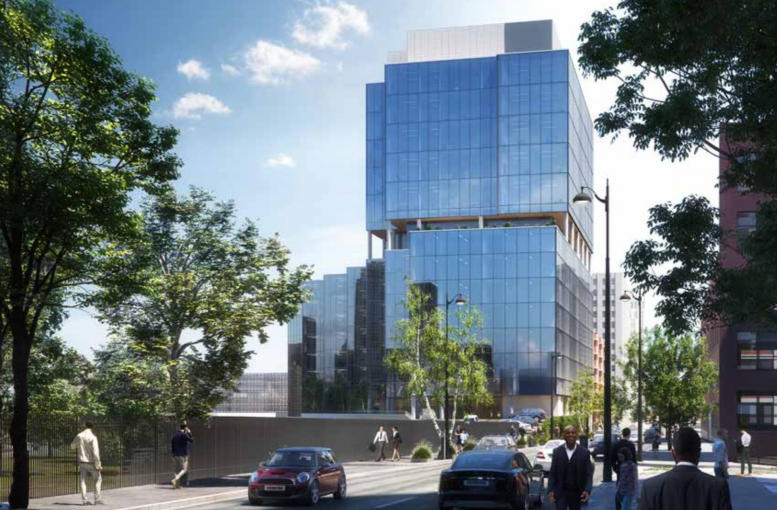 Rendering of the tower via Scheer Partners.

The Ultra Labs University City is a 12-story building proposed at 125 North 32nd Street, University City, just to the south of the West Philadelphia rail yards. Developed by Republic Properties with SEPTA, the 185,279-square-foot facility will consist of mixed-use of laboratory and office space. Today we present YIMBY-exclusive concept massings that offer a comprehensive look at how the project will appear on the skyline.

Talks have been in progress over the development for the past few years, as the building will feature groundbreaking technology and equipment. A rendering of the new building was shown in 2019, showcasing a squat and blocky structure with an exterior mostly compromised of metallic blue and a brightly shaded metal. In February of this year, the revised design was revealed where the building aligns with the curve of the railyard in a blocky array, with smaller floor plates at the top. 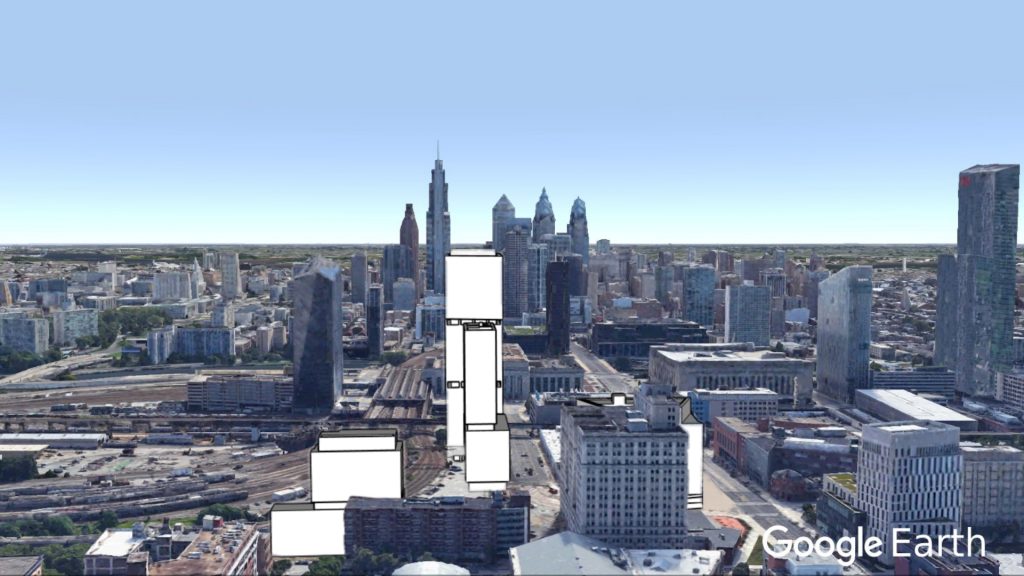 The new Ultra Labs building will stand very close to the Schuylkill Yards project, with just one parcel of space between the new proposal and 3025 John F. Kennedy Boulevard (which presumably could be used for another Schuylkill Yards building). With the building being close by and adding mass to the skyline, it also adds onto the spiral effect that the towers will create by stepping up the the red tower planned at 3001 John F. Kennedy Boulevard. The lab building will not be very prominent in the skyline due to its relatively short height, but it will be seen well from the Schuylkill Expressway coming into the city from the north. 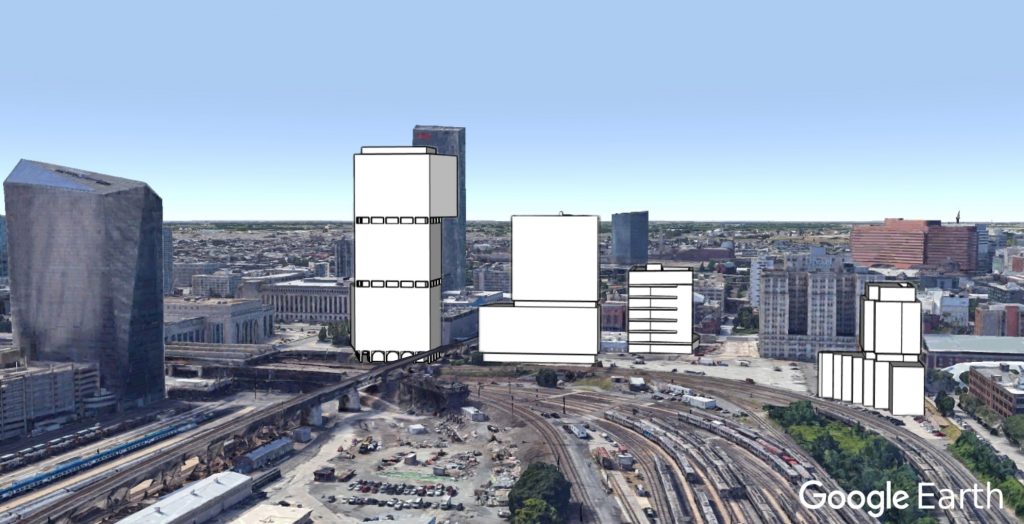 The building is planned for completion in the next 36 months, with a delivery date in the fourth quarter of 2023.