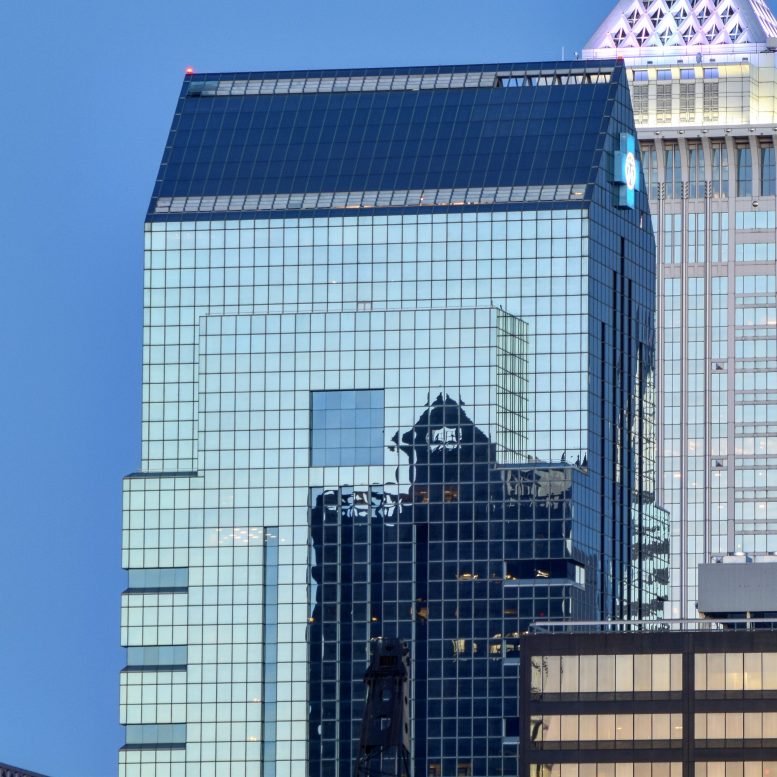 The Independence Blue Cross Tower was Philadelphia’s third skyscraper to breech the former 548-foot height limit of the Gentleman’s Agreement. The tower stands at 1901 Market Street in Center City and features a slightly darker shade of glass than One Liberty Place and an interesting design that included lighting highlighting the structure. Designed by WZMH Architects, which also designed the CN Tower in Canada, he tower rises 45 stories above the ground with a total height of 625 feet. In over the first ten years after the building’s completion, the tower was lit up in the night time skyline with blue and gold strips of light. 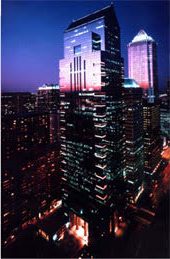 The tower was built between 1985 and 1988, featuring a structure comprised of a central concrete core and steel making up the office floors. When the skyscraper was finished it made a great mark on the skyline as the height of the building created a stepping effect that stacked up from the PECO Building to One Liberty Place at the pinnacle, where the skyline then stepped back down to City Hall. Just two years later, Mellon Bank Center and Two Liberty Place had completed construction, adding more mass and architectural eye candy to the new skyline. 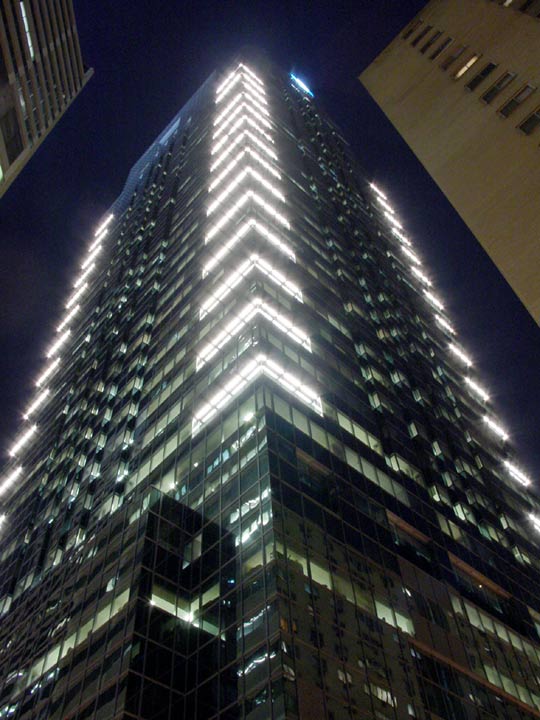 Once the tower was completed, the nighttime lighting had come on, highlighting the building’s architectural details. On the top, sides, and bottom of each of the balconies, bright gold-like lighting outlined the indents of the building on all four corners. At the top, two channels open on on both of the angled faces. Originally, blue lights shined through these open channels that illuminated to the building and skyline. The lights were last seen lit up on the building around 2004, and were possibly to be turned off due to the cost of operation and the exhaust at the top.