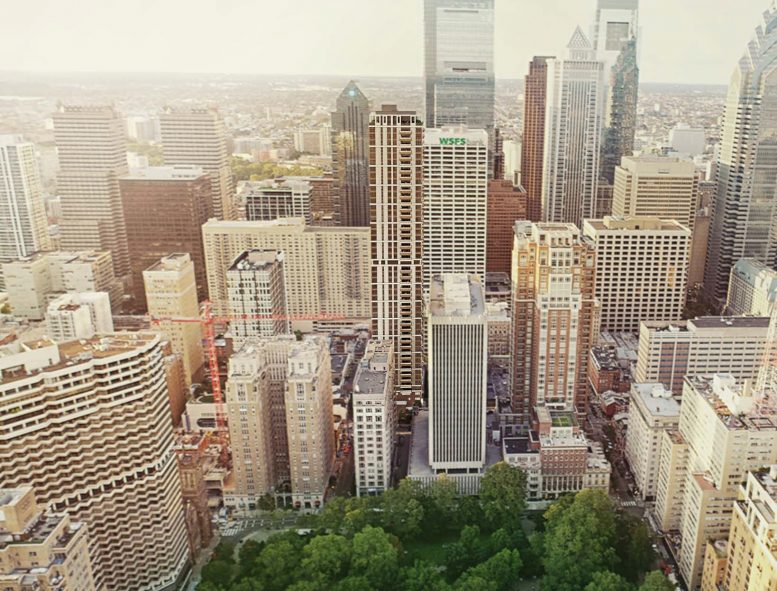 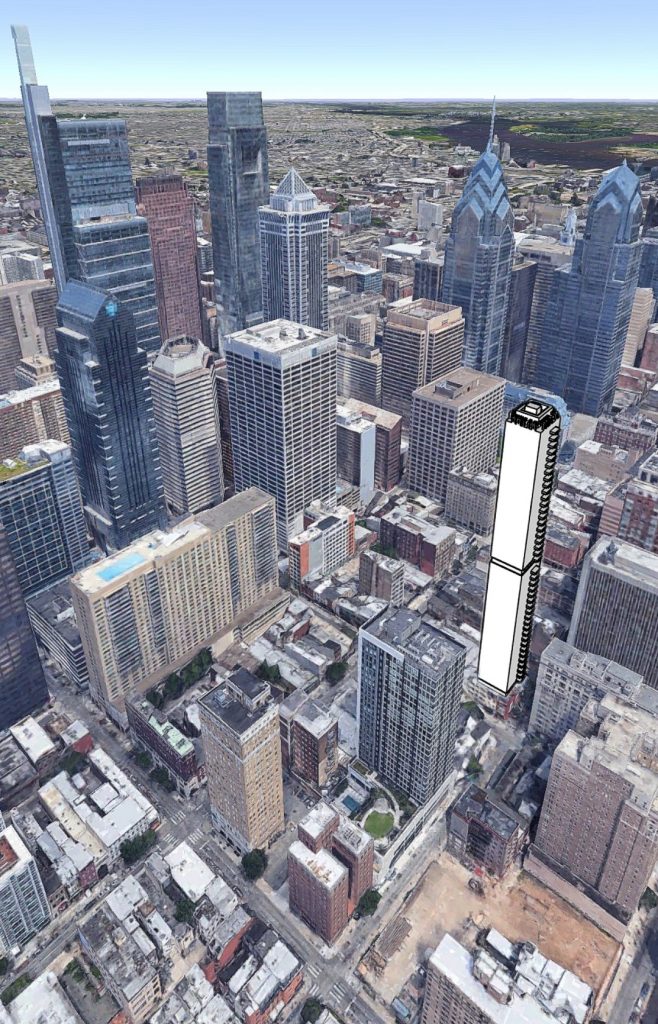 The skyscraper was proposed in October 2020, showcasing a surprisingly large scale close to where the massive, 599-foot-tall Laurel Rittenhouse was just starting to go vertical. The tower was originally going to rise at a total height of 567 feet, and was to include a roof deck at 544 feet on the 49th floor. But in May of this year, new permits were submitted to the city showing an increase of space in the structure by over 10,000 square feet.

It was theorized that the tower was going to have nine floors added to the top, but the latest documents reveal that the building will be 52 stories tall. No updated Civic Design Review document has been submitted yet. The building will most likely stand just above the height of the Independence Blue Cross Tower, adding to the stacked effect of the skyline.

No start nor completion date has yet been announced.