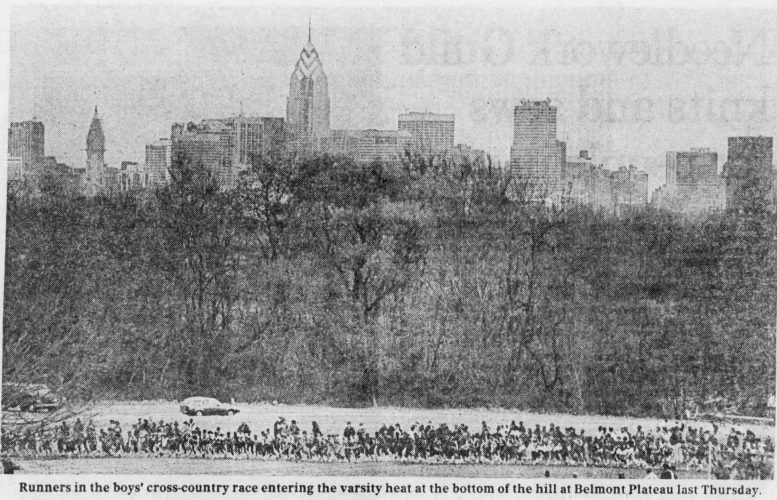 One Liberty Place completed in late 1987. Photo from the Philadelphia Inquirer 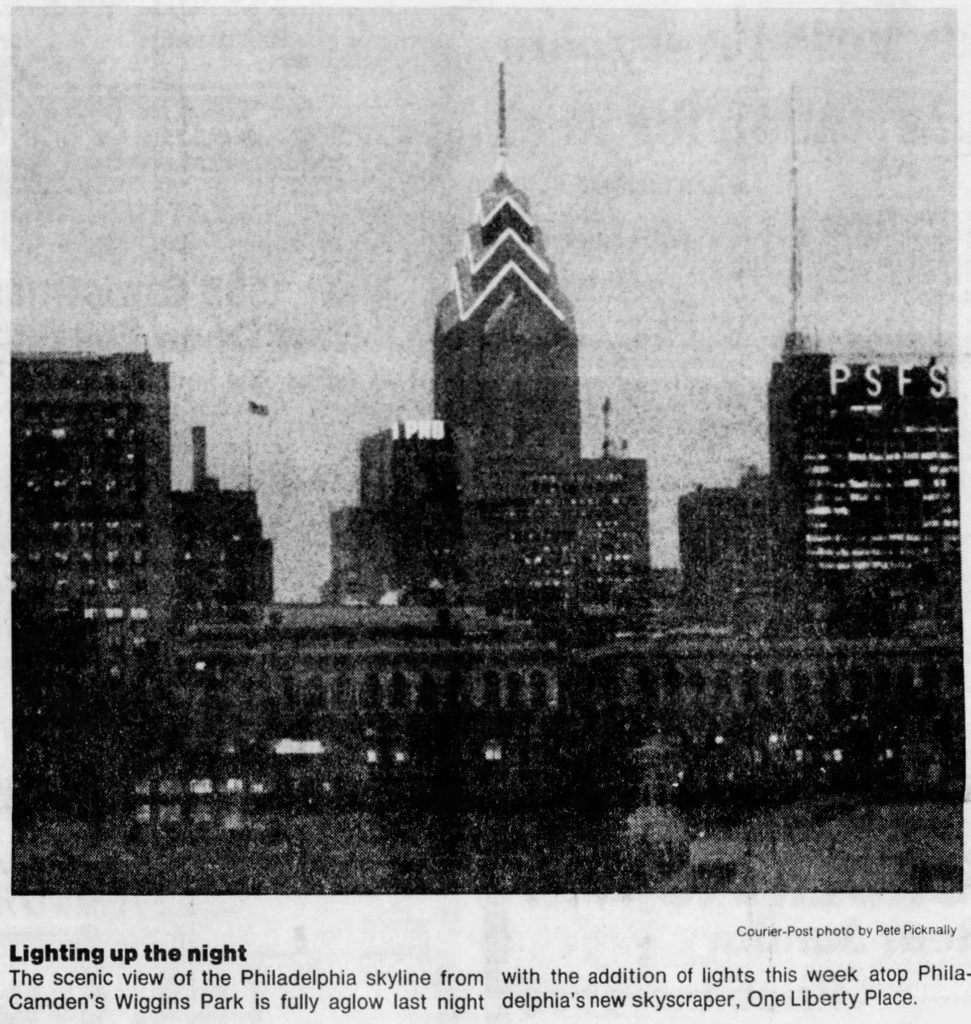 At the time, Center City was on the brink of a construction boom, and then-controversial One Liberty Place at 1650 Market Street had just finished construction. The tower broke from the 548-foot limit set by the unwritten “Gentleman’s Agreement,” rising 945 feet and 60 stories above the ground. The cladding is compromised of a wonderful mix of glass, stone and metal, and the gabled crown is topped by a sharp spire. 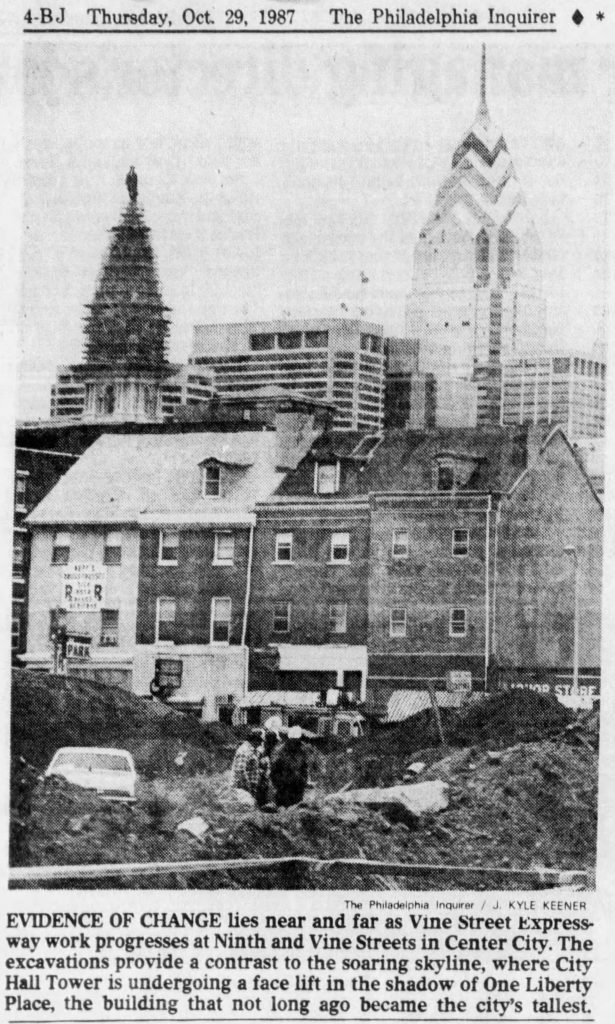 City Hall and One Liberty Place. Image by The Philadelphia Inquirer

The tower stood like a king amongst the other skyscrapers in the city, when few buildings stood above the height of 491 feet. The skyline was composed of several office towers extending primarily to the east and west. Three prominent towers were clad with dark exteriors: the PECO Building, 2000 Market Street, and the then-recently built PNC Bank Building at the time. Most of the rest of the high-rises featured a brighter tone with exteriors of stone and concrete, such as Centre Square and 1818 Market Street. One Liberty Place stood out prominently along with City Hall, and both complimented the skyline together.

4 Comments on "Observing the 1987 Philadelphia Skyline via Vintage Photographs"