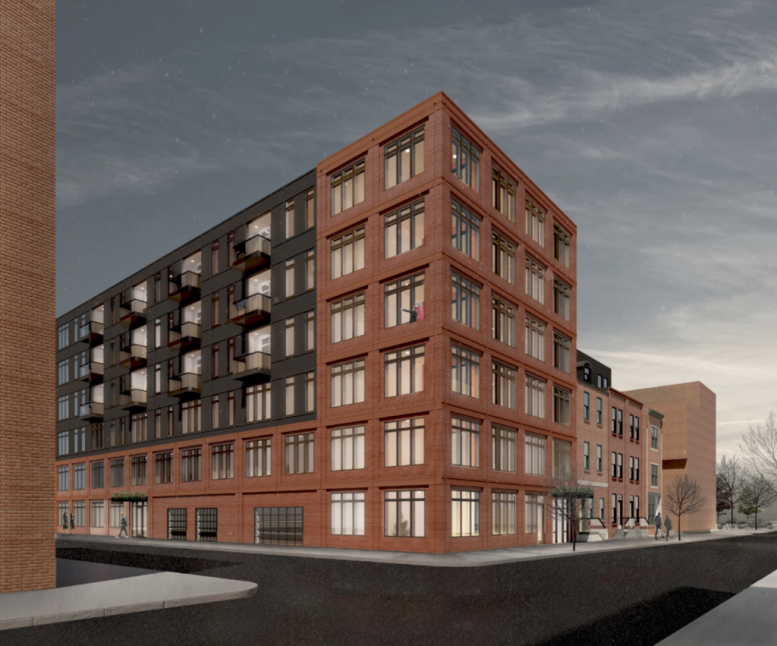 When talking about Vine Street, the average Philadelphian is likely to conjure images of a liminal thoroughfare that runs alongside the sunken Interstate 676, aka the Vine Street Expressway. While that may be true for much of the run of Vine Street, which has long defined the traditional northern boundary of Center City, the street’s easternmost section, which runs roughly between North 2nd and North 6th streets, is a quaint, tree-lined promenade where some of the city’s oldest buildings harmoniously share space next to recent additions, which generally defer to their rarefied historic context by utilizing a traditional material palette.

The development planned at 207-11 Vine Street effectively follows the above-mentioned design philosophy. The two rowhouses that will be torn down have a certain charm but are rather underwhelming in their appearance, having lost arguably any architectural or historic value after years of alterations. 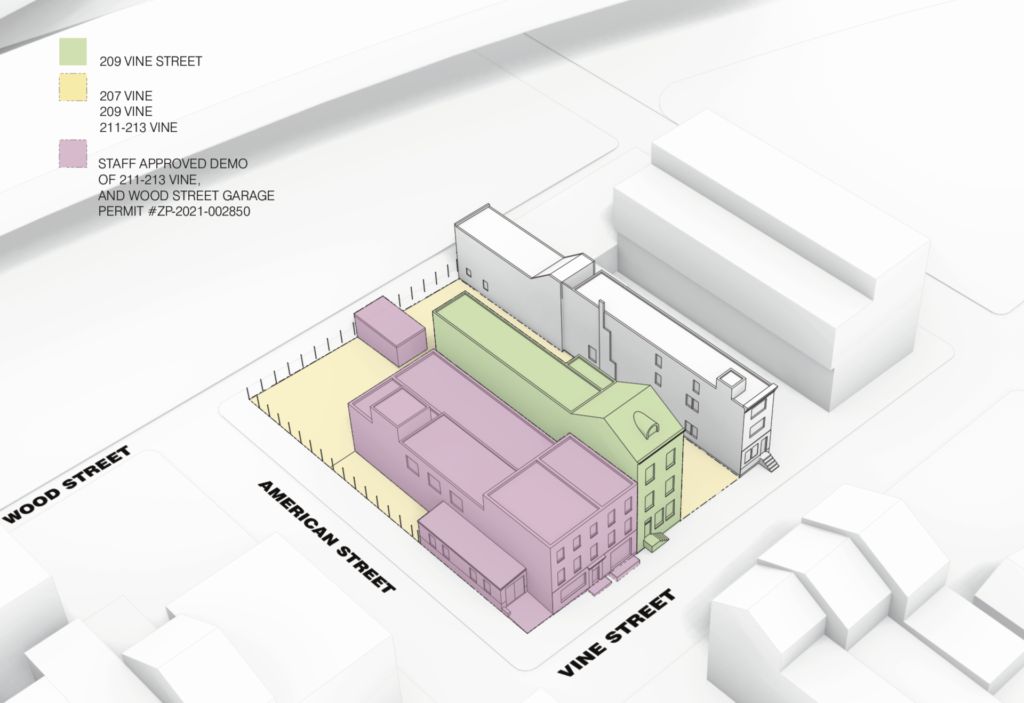 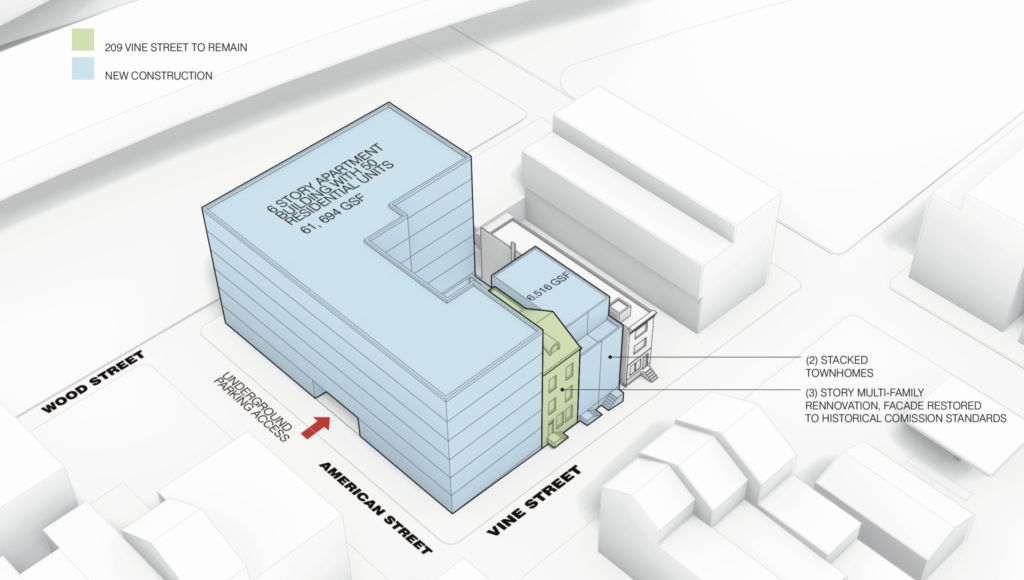 The building that will rise in its place will greet the streetscape with a brick facade and large windows that are reminiscent of historic factory lofts that are present throughout the area. 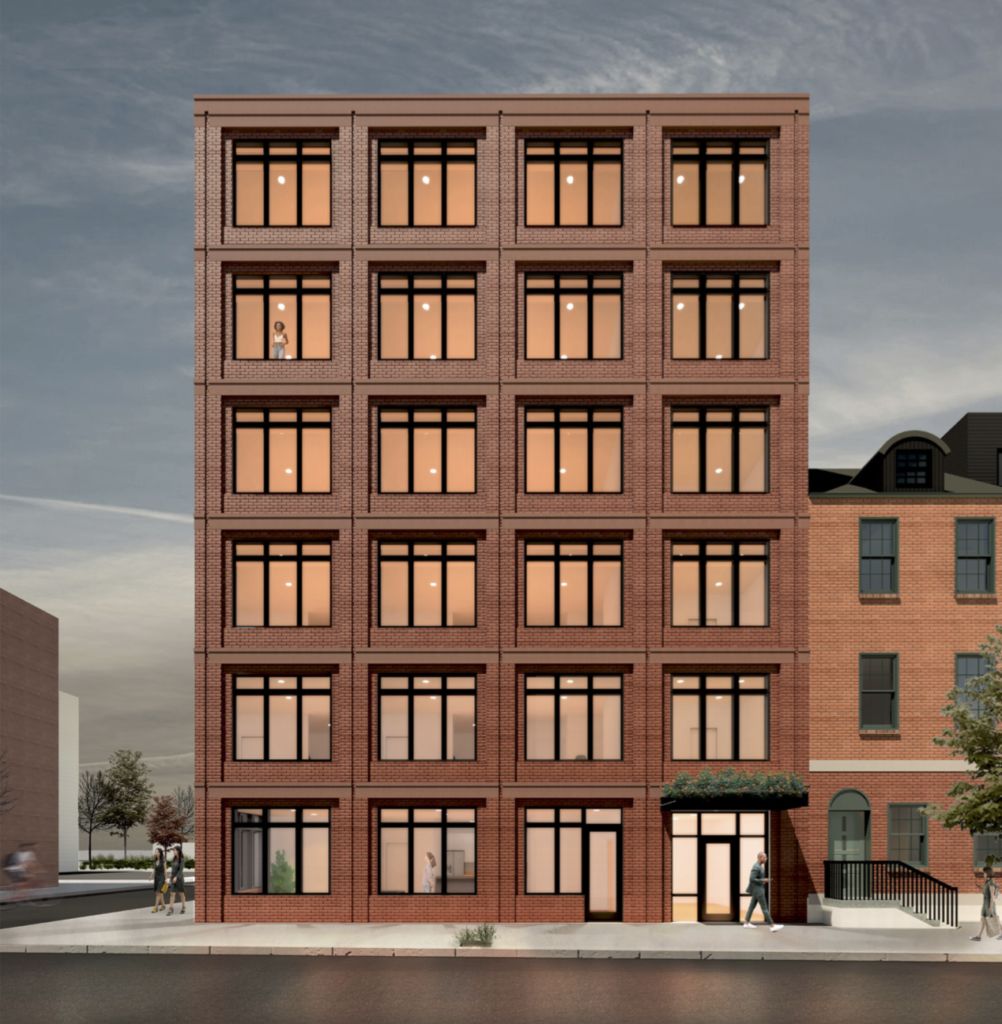 The north facade will be treated with a metal-clad exterior that appears somewhat value-engineered in comparison to its all-brick counterpart. However, even here, coffered rectangular panels add texture and a touch of Neo-Industrial appeal. The lower two floors, clad in brick, match the cornice line of an adjacent two-story building. As for the metal-clad floors above, a departure from historic precedent is more acceptable as the building faces the highway on the north side, in contrast to the rarefied historic context to the south. 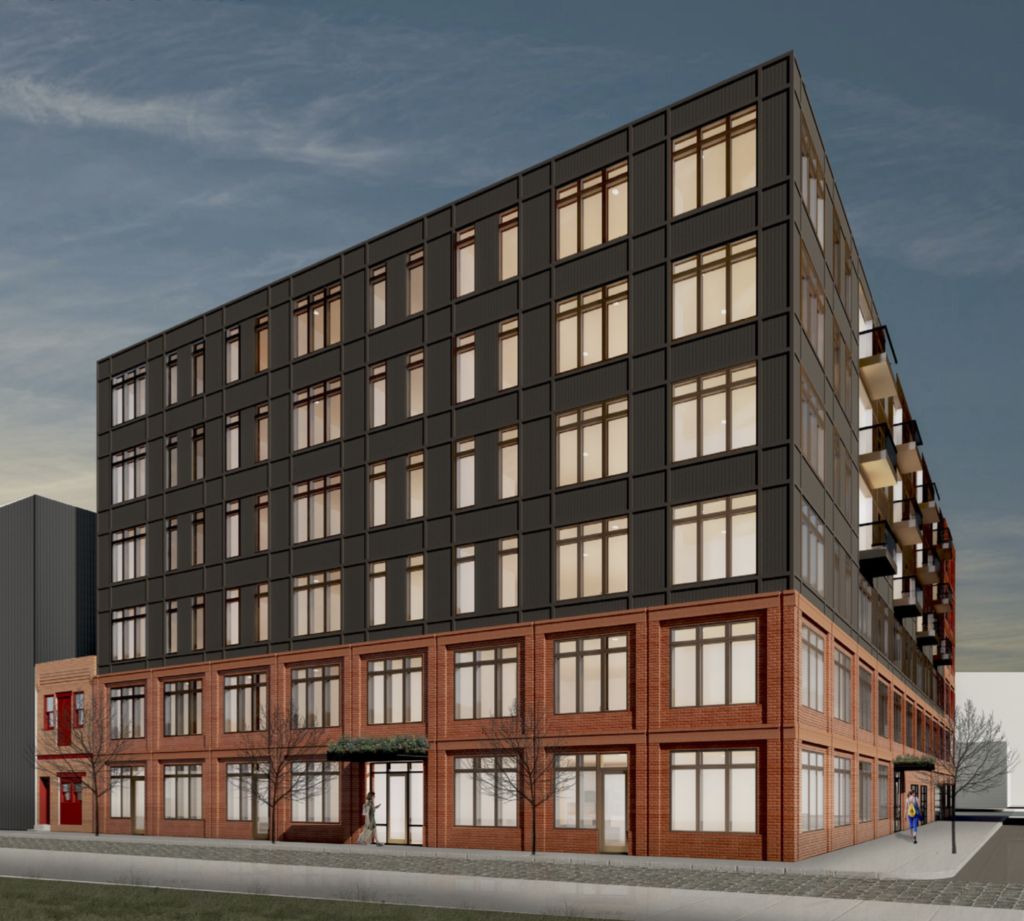 The most significant building at the site, a three-and-a-half-story rowhouse built in the Federal style, will be preserved and renovated. The two townhouses to be built next door will be understated in their appearance as they will utilize traditional proportions and materials. 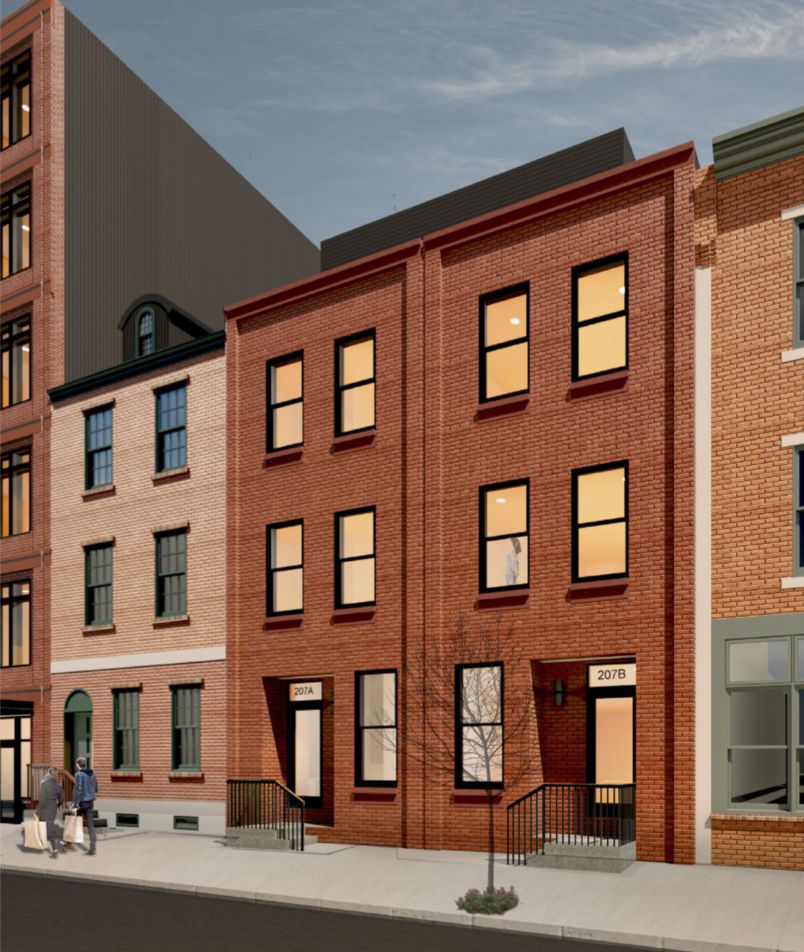 In all, 207-11 Vine Street appears to be a rather understated yet promising addition to this quiet corner of Old City.