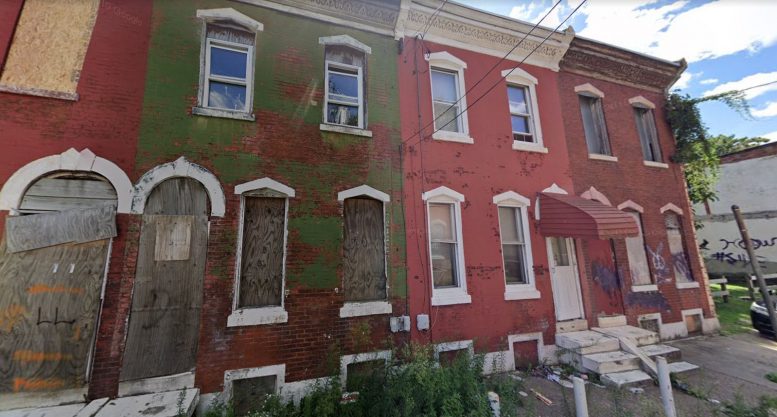 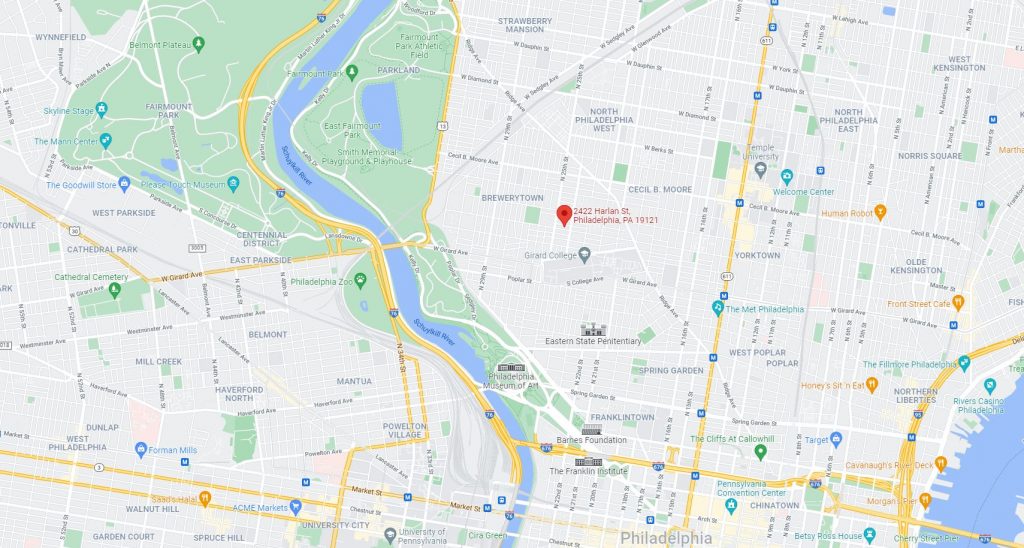 The buildings are part of an attractive prewar ensemble that appears to have formerly spanned both sides of the block. Each house features low porches, red brick facades, arched doors with pointed keystones, pointed window lintels, and cornices with floral bands.

Despite the buildings’ cohesive and somewhat jubilant appearance, the narrow dimensions of the street, which measures just 25 feet facade-to-facade across the way and five-foot-wide sidewalks on either side, create a sense of tight, almost claustrophobic enclosure. 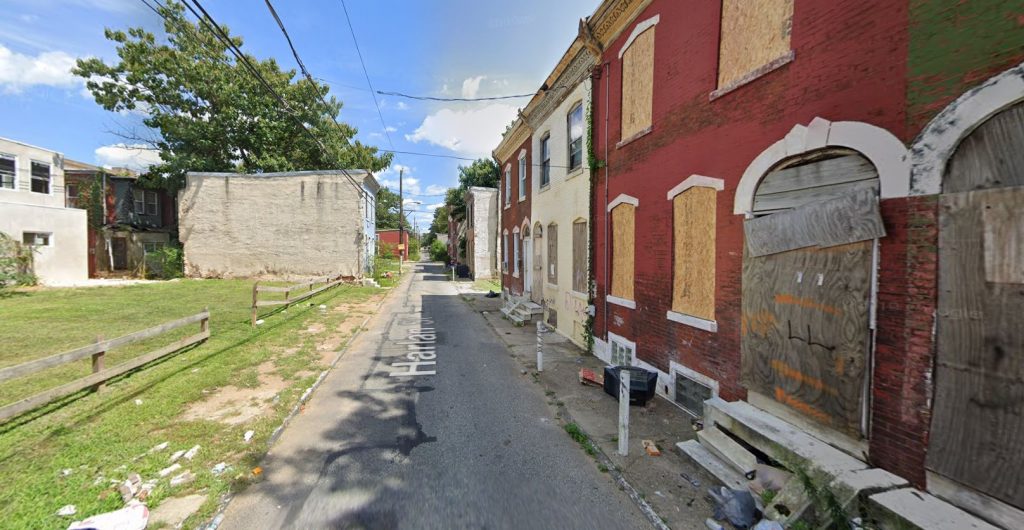 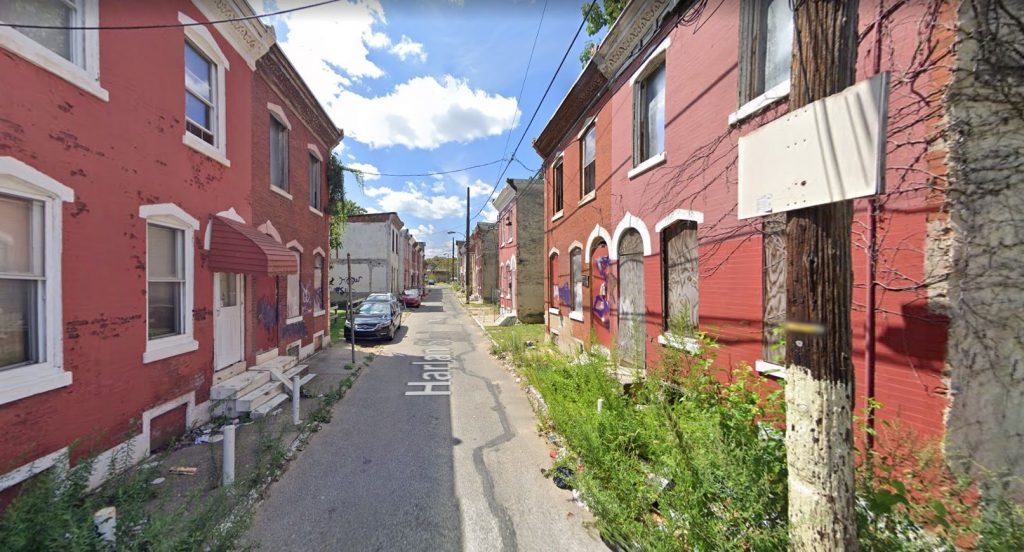 This sense persists even after the block lost a significant portion of its housing stock during the postwar years, when Sharswood and the surrounding area underwent a prolonged period of depopulation and subsequent demolitions. Here and in similar neighborhoods, narrow, out-of-the-way streets often fared worse than their wider, more well-traveled counterparts. A high proportion of remaining rowhouses on the block sit in a derelict, abandoned state, while much of the sidewalk is crumbled and overgrown with vegetation.

The city has made a number of improvements to the block over the past few years, which include boarding up abandoned houses and adding wooden plank fences along vacant lots. The latest demolition project will contribute erosion control mats with seed on lot on all three sides, although no provisions for sidewalks have been made (in this area, sidewalks are often restored by private builders as they develop adjacent properties, as covered in yesterday’s article addressing the demolition of a vacant building nearby at 1420 North Marston Street).

Demolition of prewar buildings is generally an unfortunate prospect. However, the properties at hand, abandoned for over a decade with interiors exposed to the elements for much of this period, are likely beyond the point of feasible salvation. 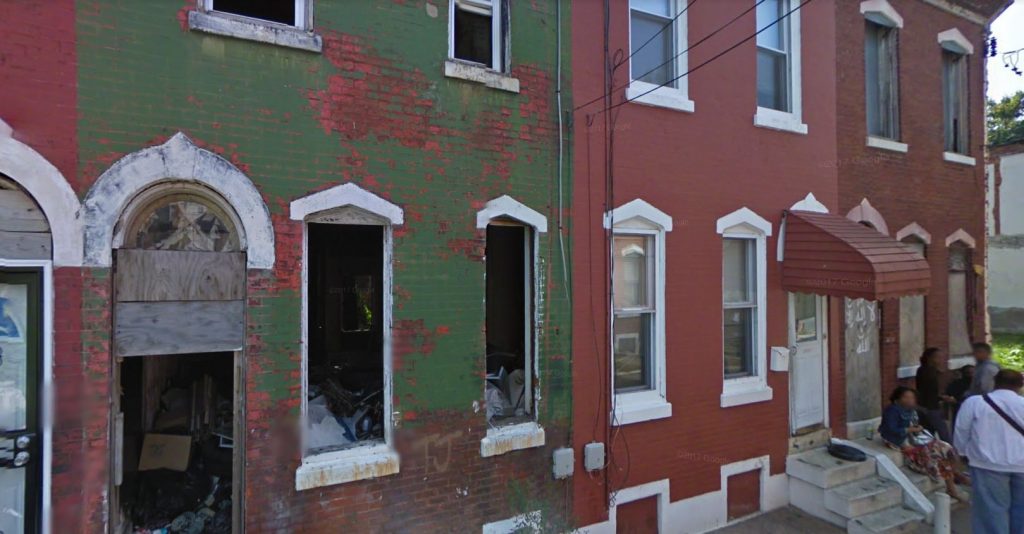 Work undertaken by the City of Philadelphia Demolition Program, such as the one at hand, points toward removal of nuisance structures as the primary goal, rather than clearing sites for new construction. However, it is entirely feasible to see new development at the block in the coming years.

The block sits within a single-mile radius of destinations such as Temple University, Fairmount Park, and the Philadelphia Museum of Art, with Center City situated slightly further to the south. The route 15 trolley on Girard Avenue, situated within a five-minute walk to the southwest, offers a local mass transit option. Adjacent neighborhoods, such as Cecil B. Moore (part of the greater Temple University area) to the east, Francisville (which was covered in a recent feature) to the southeast, Fairmount to the south, and Brewerytown (also part of a recent feature) to the west, are some of the city’s hottest development hotspots.

In recent years, new construction has already begun to trickle in on nearby blocks. As such, we may reasonably expect to see a similar revival even along a block as long-neglected as the one at hand in the near future.