Permits have been issued for the demolition of a single-story, 7,400-square-foot commercial building at 1701 Fairmount Avenue in Fairmount, North Philadelphia. The building is situated at the northwest corner of the intersection with North 17th Street and is currently home to a beverage distributor. Permits list Daj 1701 Partne [sic] as the owner and RLC Contractors Inc. as the contractor. Demolition costs are listed at $12,000. 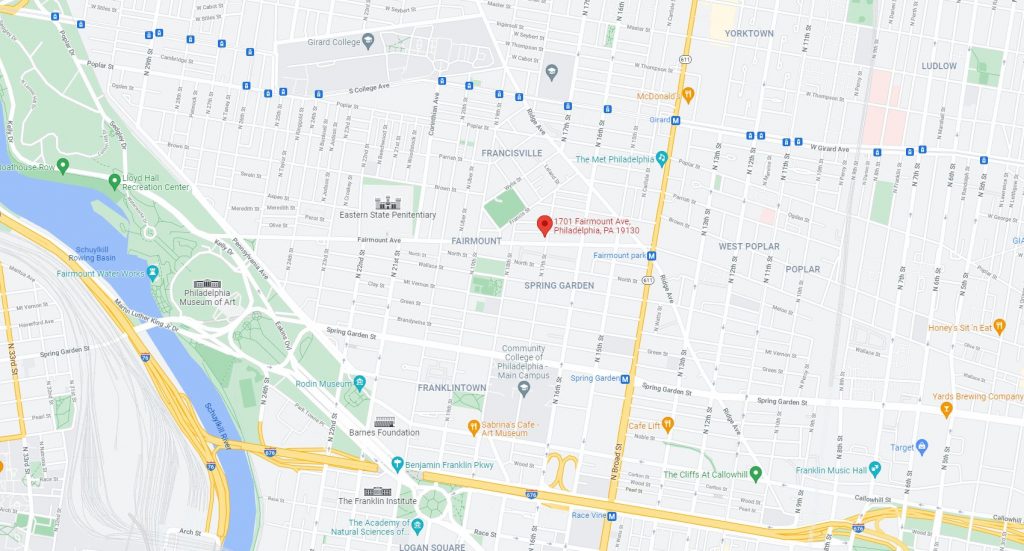 The site consists of a small corner building that aligns with the street wall and appears to date to the prewar period, and is attached to a mid-block, warehouse-style annex set back from the avenue with a chain link fence-enclosed front yard. The understated, brick-clad structure at the corner is almost entirely lacking in the way of ornamentation, and its bricked-up windows and garish paint render it entirely disposable. The same applies to the warehouse annex, which is entirely unremarkable. 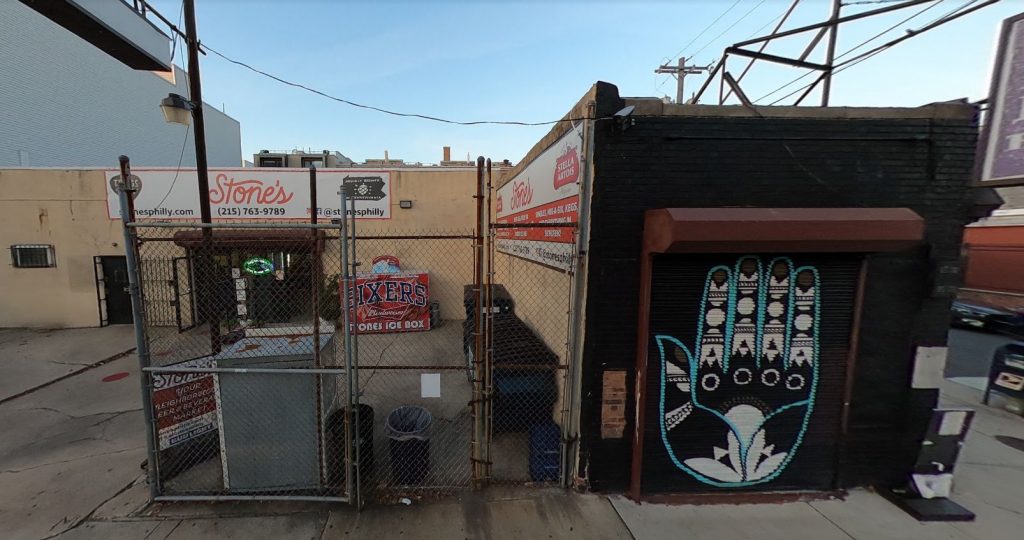 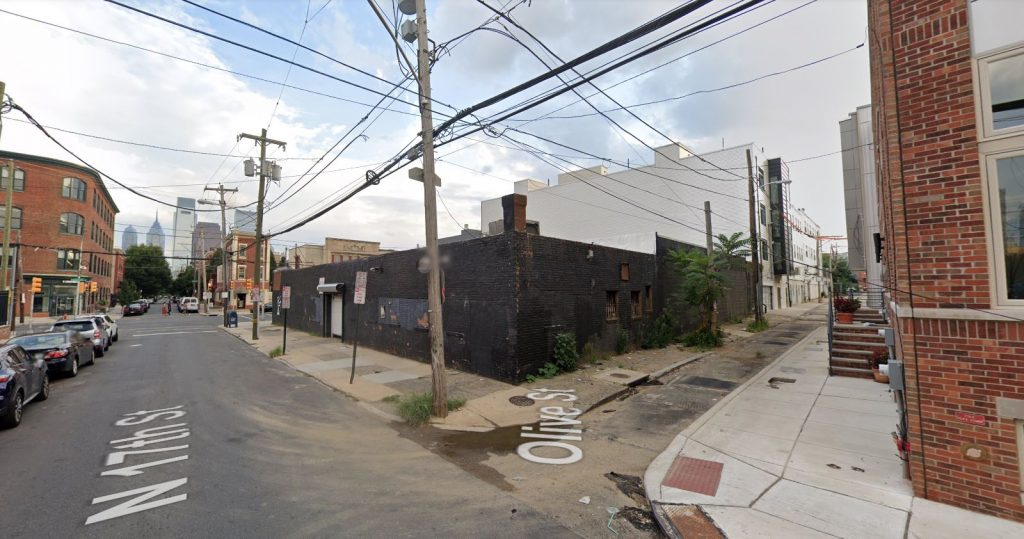 The only aesthetically notable feature is the minor yet attractive pedimented entryway at the chamfered corner. This minor feature allows us to date the structure to the prewar era, not only thanks to its Neoclassical styling, but also since chamfered corner entrances were common in the prewar period throughout the city yet fell out of favor afterwards. 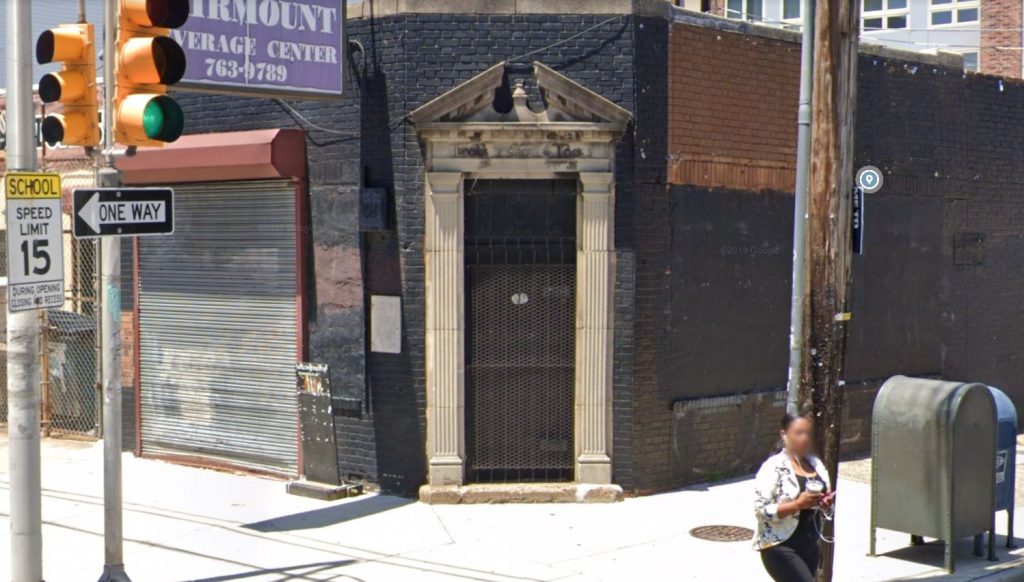 We wish to see the architectural feature, with its slender pilasters capped with a dentil course-adorned broken pediment, carefully removed and preserved for reuse in a future building, which does not appear to be overly difficult as the feature is likely applied ornament that is not integral to the structure itself.

The site sits on a promising stretch of Fairmount Avenue that has seen considerable revival over the past two decades, with plenty of potential still remaining. Of particular note is the four-story, round-cornered factory loft located catty-corner at 1644 Fairmount Avenue, where its expansive arched windows, formerly nearly entirely bricked up, were restored to their original glory in 2015. 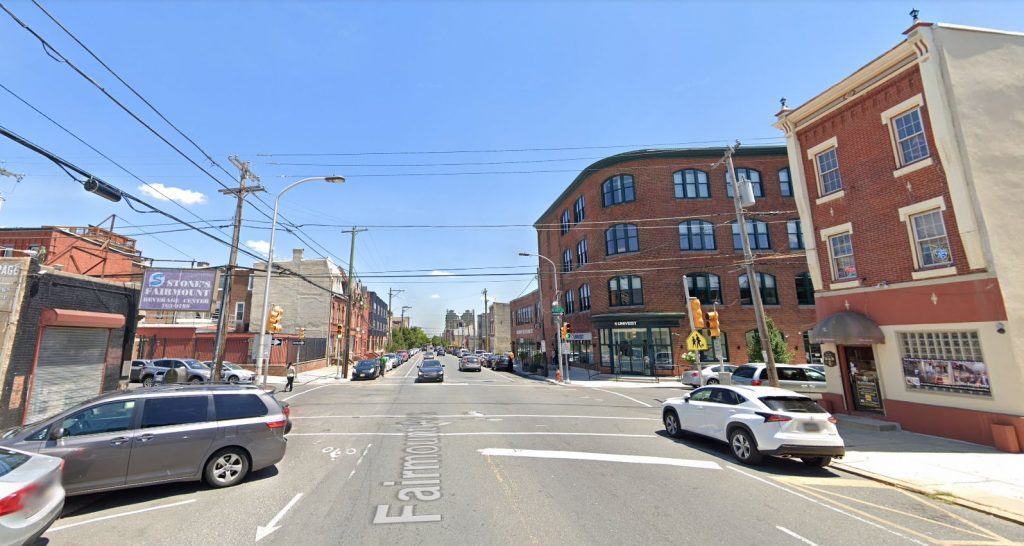 Immediately to the north, Francisville has also seen a surge of new construction that continues to this day. We looked at new development in the neighborhood in a recent in-depth feature.

In the meantime, Fairmount Avenue itself has received streetscape enhancements, such as bike lanes that were added around 2013. There is still room for further improvement, such as via planting additional street trees along its course. However, at a hyper-local scale, a welcome streetscape improvement will likely arrive with the demolition of the beer distributor that is the subject of the article.

Over the years, vehicles have consistently parked at an angle in front of the distributor, taking up as much as two-thirds of the sidewalk in the process. Although parking space delineation has been added in recent years, it is highly doubtful that the white lanes represent official city parking, as they take up the lion’s share of the sidewalk, feature a curb running right through the parking space, only extend along the beer distributor (incidentally blocking its freight entrance, suggesting that the distributor is in control of who may park in front of it), and extending right up to an adjacent fire hydrant in flagrant violation of city codes. 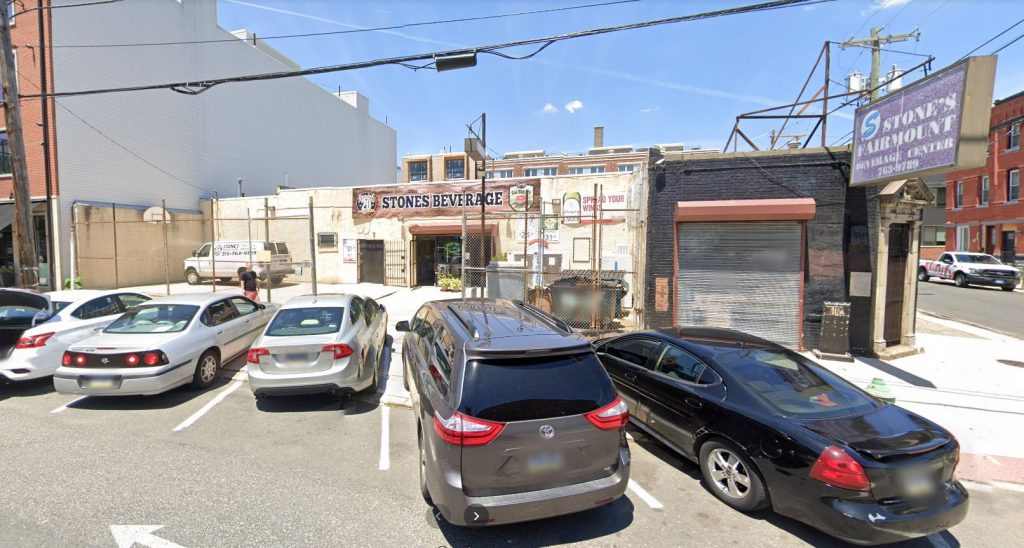 We gladly say “good riddance” to this egregious affront to the public streetscape.