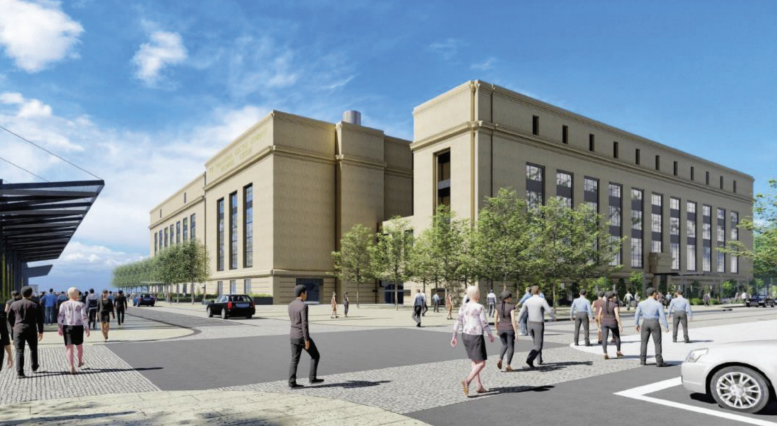 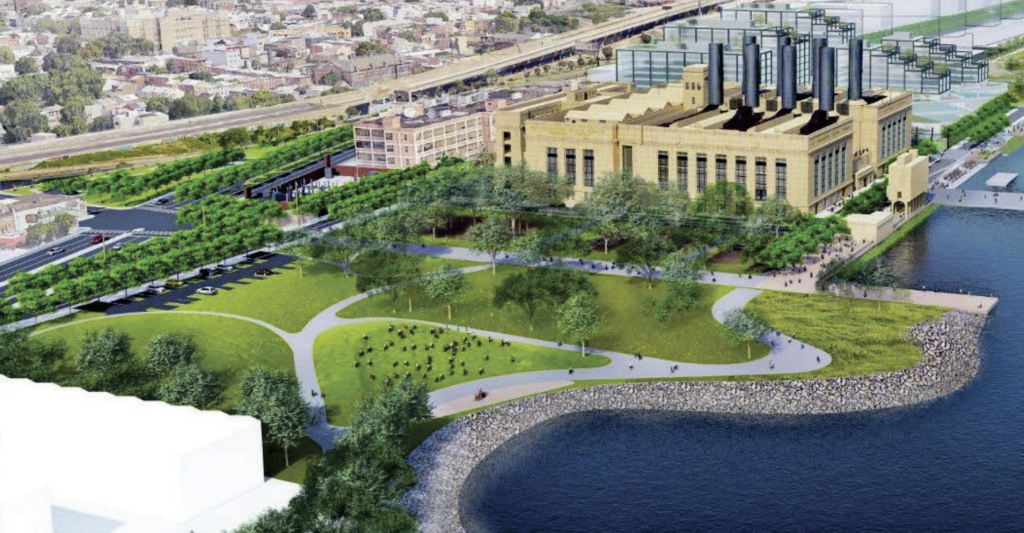 The building features an attractive and detailed exterior, common in the prewar period yet highly unlike what one would expect from an electrical facility today. Its tan stone facade resembles that of the 30th Street Station in University City, but with large windows as well as smokestacks resembling those of the Willow Steam Plant in Callowhill. The building is an architectural treasure for Philadelphia, and its abandonment was quite unfortunate, so it is a great positive to see the structure getting preserved and reused. 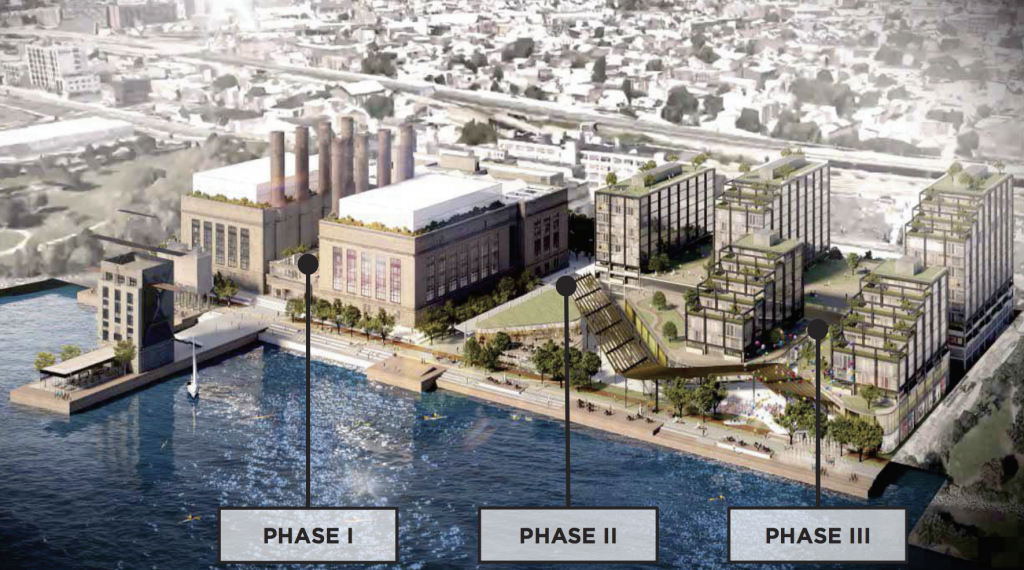 Future plans for the development site make the project all the more exciting. Placeholder renderings show potential inclusion of multiple new buildings that may potentially bring hundreds of additional residential units to the waterfront and convert drastically underused land to much more effective use.

Another exciting aspect of the plan is the creation of a new park along the waterfront, which will also extend out onto a pier situated adjacent to the former power plant. The park will benefit the residents of the surrounding community, and expand the existing Penn Treaty Park next door. Additional green space may be added to the area with future phases.

Former plans for the building included turning it into a hotel, a 2016 idea that never came to fruition. YIMBY first brought the project to readers’ attention in January, when initial permits were issued for the development. We are pleased to see ongoing progress being made, and look forward to the development’s completion and the addition of nearly 300 new units to the Fishtown housing market. 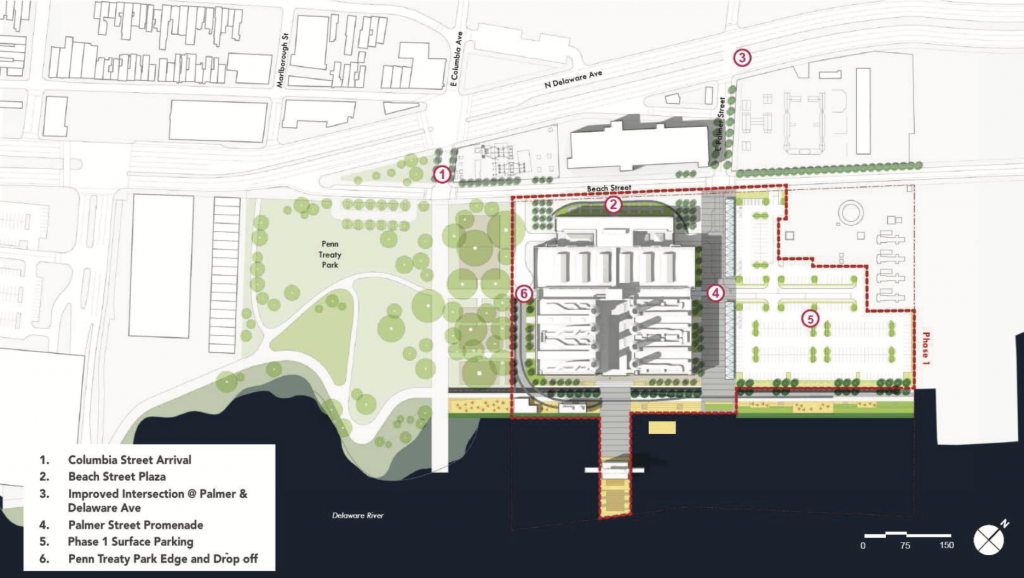 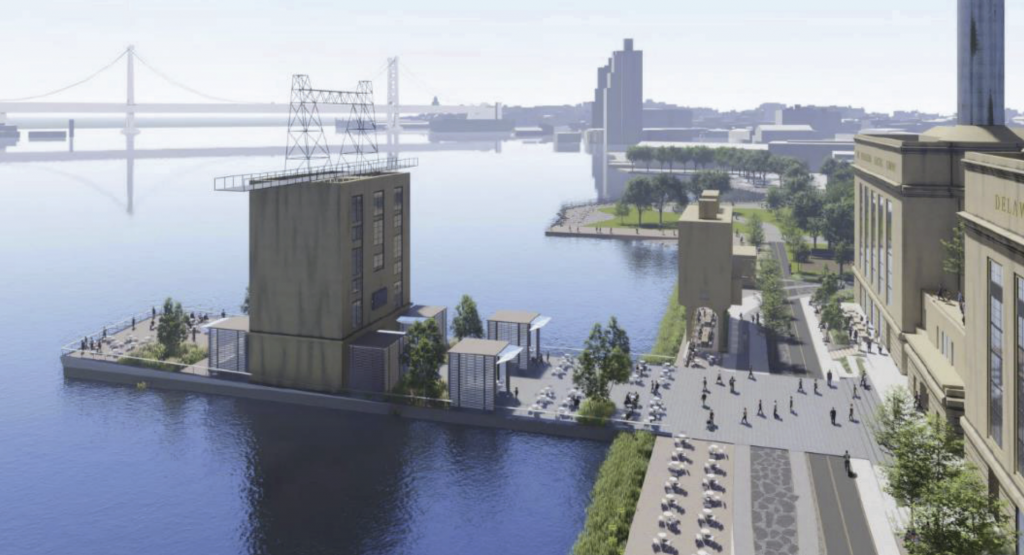 YIMBY will continue to track the development’s progress moving forward.